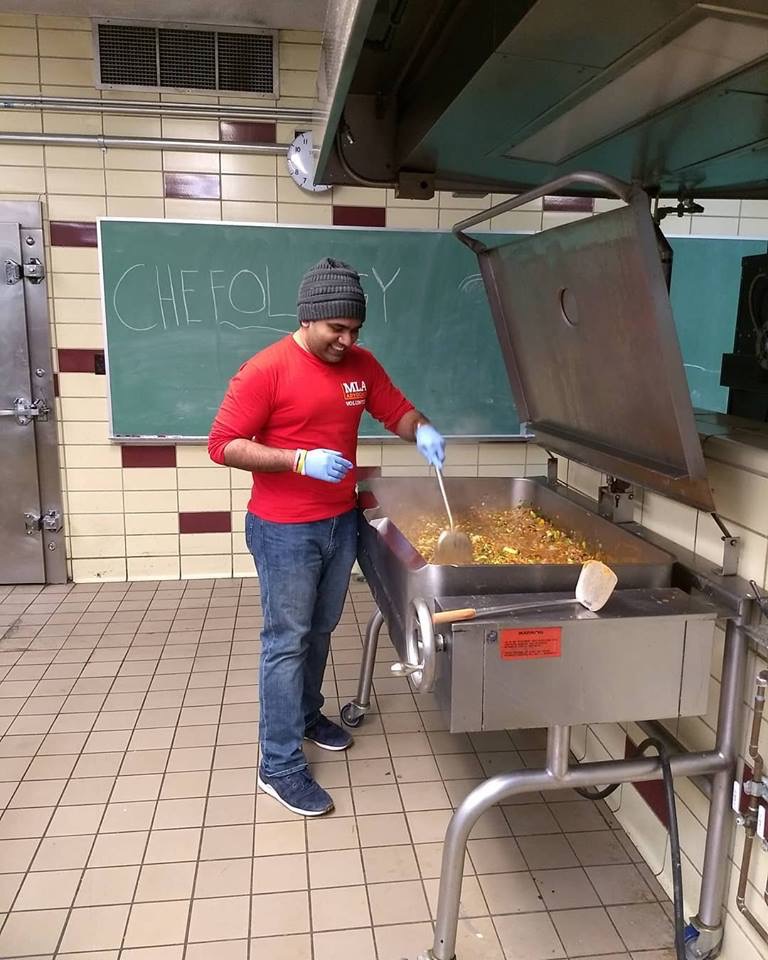 Even though Hassan Afzal and Ahood Al Mamaari are from two different corners of the world, they share a similar passion and drive when it comes to bettering the communities they are a part of.

Hassan is a graduate student from Bangladesh. He’s majoring in Political Science and is on his way to obtaining his doctorate. Engaging and bettering communities, particularly disenfranchised communities, is Hassan’s life’s work. He discovered his passion for volunteering in his home country just after completing his undergraduate. He began teaching in rural, impoverished areas and saw, “how difficult it is for them to come to an equal platform and share their concerns,” Hassan said.

Hassan began to realize that many people in these communities had trouble even framing their concerns. “It’s difficult to solve the issues if they don’t know how to frame those concerns,” Hassan said. This realization sparked a new fire in Hassan. He wants to teach and help communities, such as the ones he taught in Bangladesh, be able to share their concerns on an equal platform. He wants to help empower them so they can voice their concerns, and can get the help and assistance they need. Hassan then traveled to Idaho to complete his master’s and immediately immersed himself into the marginalized migrant communities in the area. His volunteer work focused on food and clothing insecurity to help combat the frigid Idahoan winters.

“I really enjoy doing this work, being involved in the community, and with the best of my ability, to do something that makes the situation a little bit better than before,” Hassan said. Hassan continues his studies and work at Kent State, focusing on conflict and also obtaining a license in management and competitive global politics. He is a student leader at CEL and also a student wellness ambassador for the university.

Hassan and Ahood both volunteer through this organization, which sets up events to volunteer at such as Campus Kitchen. This was the volunteering organization where Ahood took her first steps.

Ahood is a Nutrition major from Oman, and received a scholarship from the country’s embassy in order to study in the U.S. Ahood’s love for volunteering began at Kent State, as her Introduction to Human Nutrition professor required students to complete six hours of volunteering for the semester. Ahood went well beyond those initial six hours once she began to volunteer.

Since CEL has volunteering events through Campus Kitchen, Ahood applied what she was learning from her coursework into her volunteering efforts. She often helps with making “Mighty Bags” for children in Akron. “Mighty Bags” is a way to help with food insecurity to those families in need. They provide nutritious lunches for school children. Ahood mentioned how it makes her day when she sees the smiles on the children’s and parent’s faces when passing out the bags. Ahood fell in love with volunteering and even use it as a respite from her studies and challenges she faces in her life. She mentioned how after taking a last final one semester, she immediately went off to go volunteer. She says the act of volunteering cleared away all the accumulated stress of finals week. Volunteering immediately rejuvenated and energized her. Ahood also has volunteered at nursing homes in the surrounding area. She teaches residents how to use natural spices in cooking to help improve their diet and well-being. Ahood, while smiling, said, “Anything but salt, we try to steer them away from too much salt.”

Ahood wants to bring her volunteering experiences back to Oman to start her own community center to organize volunteer efforts to help those at home. Ahood says she will eventually return to Kent State to complete a master’s in Nutrition.

Both Hassan and Ahood say CEL is a great resource for those looking to volunteer, as both mirrored similar thoughts as to why volunteering is important to them. They both mentioned how fulfilling, and joyful it makes them feel when being able to volunteer. CEL typically has volunteering events on Saturdays but is trying to branch out to include more events and days said Najat Khamis, graduate assistant for event planning and coordination.

“We’re trying to get out what does it mean for you to volunteer? Why are you volunteering to work? We’re focused on pushing the social issues that are in our community more and have our students recognize them instead of just having a one time opportunity for volunteering,” Najat said.

With CEL engaging in more opportunities for students to volunteer, both Ahood and Hassan encourage students to give their time to volunteer on Kent Campus and the surrounding communities at large. It could make your day and maybe even change your life, but will most certainly change someone else’s day for the better.