Since its start in 2016, the Freshmen In Florence (FIF) program has allowed a select group of incoming honors freshmen to spend their first semester of college studying at the Kent State campus in Florence, Italy. During the fall 2019 semester, Laura Moll, a professor of English at Kent State who has also been recognized for her exemplary work teaching honors students, traveled to Florence as the Freshman Honors Colloquium professor for the year-long course. Mrs. Moll worked largely with Renaissance literature, including the works of Dante Alighieri and Giovanni Boccaccio, as the topic for her course. She says that “teaching Renaissance literature in the center of the Renaissance movement, there was so much both to see and to feel,” and the learning experience was as new to her as it was to her students. Moll believes that “when the teacher is [also] a student, there is an added freshness and depth to the experience.” The English professor had visited Florence before, but she had not studied Florence nor the Renaissance within the context of being in Florence, and these aspects added to that freshness.

In the past, Moll’s Freshman Honors Colloquium course centered around the themes of passion, pain, and transformation; however, she says that she would not have known how to approach Renaissance literature without emphasizing imagination, because the ways in which each of the writers discussed throughout the course built upon each other is “amazing over and over again.” She altered the theme of the semester to passion, challenge, and imagination to reflect the material as well the surroundings in which it would be taught and learned. In addition to their in-class discussion, Moll and her students participated in field trips that enhanced the material, such as visits to the birthplace of Niccolò Machiavelli, and also, a location centered on the life of Dante. Moll says that the material “segued so much with their field trips that it was almost three-dimensional, I think, for them and certainly for me.” The interaction between the course material and real-life exposure to the culture created a “full and complete” learning experience that was “extraordinary,” Moll says. 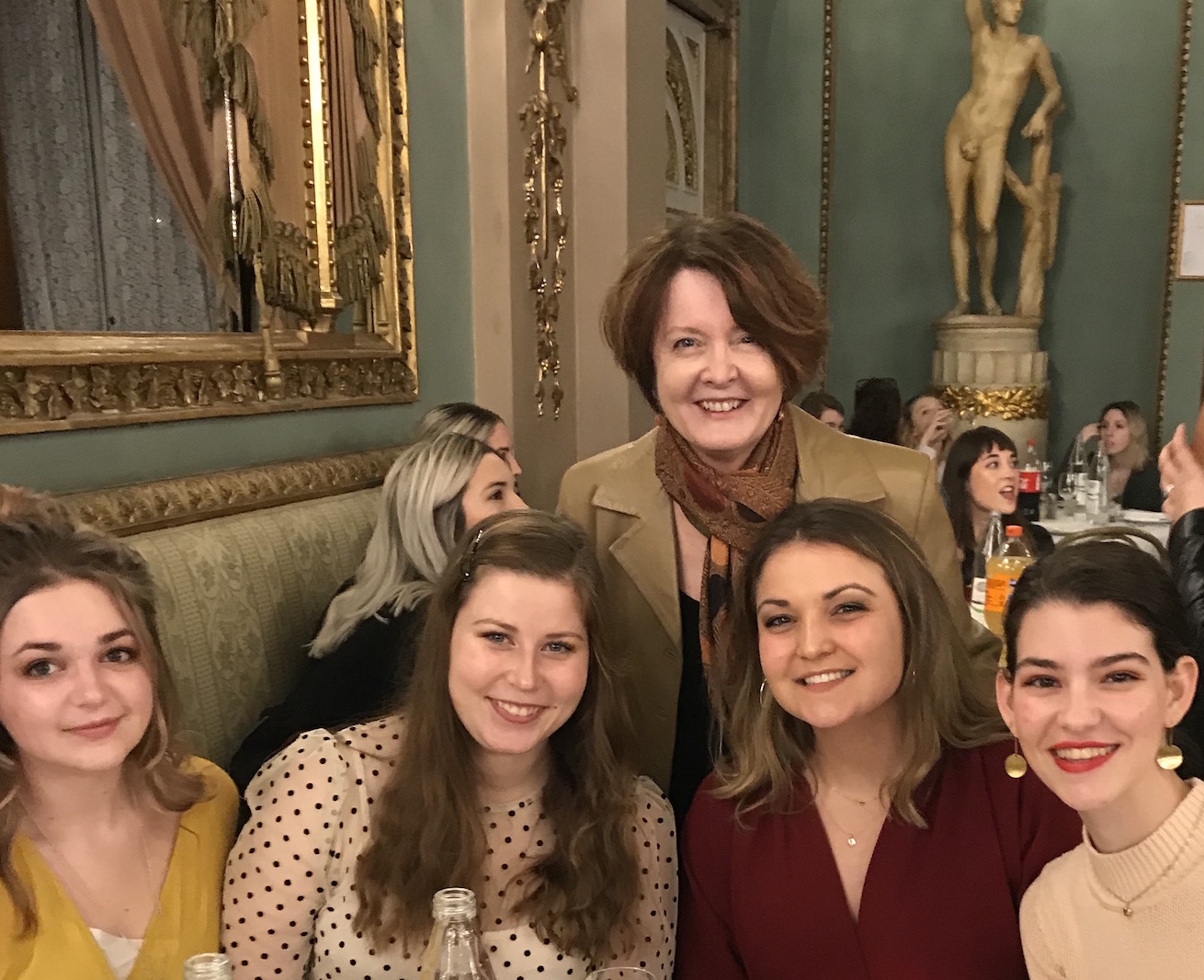 Now that she and her students have returned to Kent, Moll changed the theme for the spring semester of the Freshman Honors Colloquium to “Vision of War, Vision of Self,” because she is very cognizant that 2020 marks the fiftieth anniversary of the Kent State shootings on May 4, 1970. Despite the shift in focus, Moll says that her students continue to incorporate their Italian experiences into the course, and they “find ways of filtering it through the present material.” She says that “[the students] connect, even if the theme itself is not connected,” and that these connections add “another level of creativity” to their classroom discussions.

When asked what recommendations she had for students interested in studying in Florence, Moll said, “as best as you can, know thyself.” She advises students to know themselves well because they should be prepared to “do some independent thinking about themselves in that world,” as well as prepare to look to themselves and use their own knowledge to solve problems. Moll also suggests that each person should “depart from the familiar and do the unfamiliar” for an extended period of time, as it allows a person to see their old experiences in a new light. “Even when you come back,” she says, “your old world becomes a new world.”