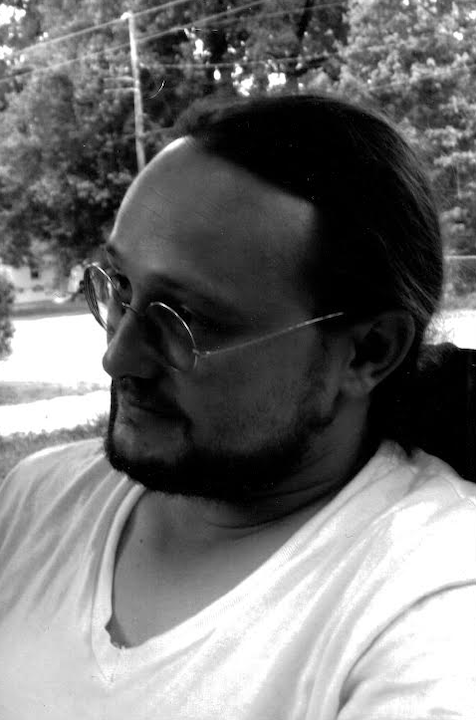 Morris grew up in a small, rural area in California. He initially did not plan on attending college, but ended up being the first in his family to do so. He attended Santa Rosa Junior College and then received his bachelor’s degrees in English and Philosophy from Humboldt State University, a public university located in Arcata, California.

He then completed his Masters in English with an emphasis on teaching writing. Following this, he then came to Kent State University to enter the English PhD program. His focus is on literacy, rhetoric, and social practice.

Prior to becoming a professor at Kent State, Morris held a plethora of jobs in many different areas. He worked at Sears, was a tire buster, sold cars, and spent a year abroad in London and Ireland working as a bartender. He also worked in construction and food service, was employed by Kaplan, sold advertisements for the Humboldt State newspaper, and worked for other educational institutions on the western side of the country. Morris is a well-rounded individual, to say the least!

Morris has been a faculty member at Kent State since 2011, when he began the PhD program. This is his third year teaching Freshman Honors Colloquium for the Honors College.

Morris’s class focuses on comedy as a historical survey. He begins with Ancient Greek texts and then brings it back to contemporary materials. Once he finishes his dissertation, he would like to complete more research in this area, as there has been more and more interest in how this intersects with our culture.

Some of the texts in Morris’s Freshman Honors Colloquium section include, The Clouds by Aristophones, Twelfth Night by Shakespeare, Candide by Voltaire, and The Devil’s Dictionary by Ambrose Bierce. These are only a few texts covered, as he also includes music, comedy films from various decades, stand-up comedy from the 1950’s, memes, comic strips, scholarly essays, and book chapter excerpts analyzing stand-up comedy.

“The first thing is that I get to have the same cohort of folks for a whole year,” Morris says, while stating his favorite part of being a Freshman Honors Colloquium professor.

Morris also comments that he enjoys the sense of community that is cultivated when discussing the texts his colloquium class is reading. He likes how his class can be silly, but also serious.

“It keeps me from calcifying… Like Prospero says to Miranda in The Tempest ‘Tis new to thee’,” Morris said on his favorite part of being an instructor.

Morris believes that teaching allows him to see things in a new way as he is constantly learning through his students and seeing texts through their eyes and interpretations.

The biggest lesson he has learned from teaching is that while we often get bogged down in the grind of our lives, teaching allows us to see things in a new light. Morris believes these moments with students reinvigorate you and give you life again.

In light of the COVID-19 pandemic, Morris has found he needs to be much more flexible with his students. He has been teaching remotely with the exception of three in-person meetings during the fall semester with his colloquium class. He utilizes the screencast software to respond to student writing for better communication purposes.

Morris lives with his wife and daughter locally in a century home. He enjoys spending his free time working on his home and in his yard planting flowers. Growing up where he only witnessed two seasons a year (summer and winter), he enjoys the more pronounced seasons that Ohio has to offer. He also likes to cook and in the past, has enjoyed backpacking and camping.

When asked what advice he would give to his college aged self, he said to learn more languages. The Freshman Honors Colloquium professor also said to buy more books and keep them. Morris states that the more literature you have, the better.