Evan Harms, an Honors College senior majoring in environmental studies with minors in park management
and digital media production, completed an internship in 2019 as a naturalist with Cleveland 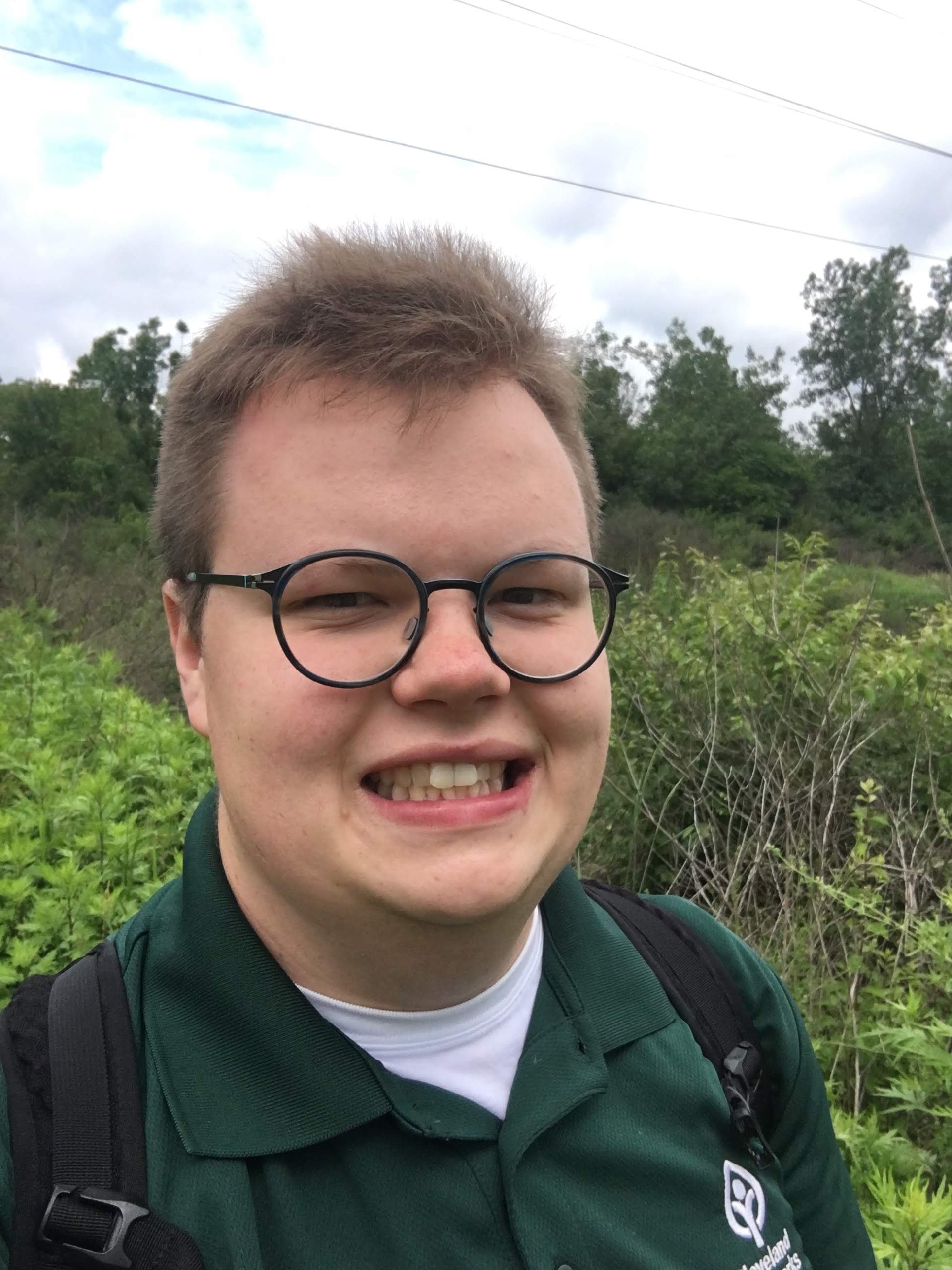 Metroparks through CanalWay Center, a special nature center located along the Cuyahoga River in Cuyahoga Heights, Ohio. Evan’s internship duties included leading public outdoor education and recreation programs for a variety of audiences, visiting schools to share his knowledge and love for local ecologies, and assisting the staff in facilitating camps throughout the summer.

Evan found out about this internship position through the Cleveland Metroparks website; he was searching for similar internships throughout the region, and he says that this one “worked really well” for him. Evan says he was also drawn to the environmental justice component of CanalWay Center: many of the school groups that visit the center are composed of urban children who generally have less access to natural areas and the benefits they provide, and Evan says that to be able to inspire these kids through nature “can have huge impacts for communities down the road.” Evan was very pleased to know that the Honors College would accept his internship for honors credit. He had a vision of what he wanted to do and how his internship experience would coincide with his major, and he says that Brittany Thomas, his honors advisor, provided him with “all the logistical support and information” that he needed to accomplish his goals.

While Evan says there is “no doubt” that he has had great professors and taken worthwhile courses at Kent State, his two (going on three) seasons working with Cleveland Metroparks have been “what makes everything coalesce.” He says that he has not only learned about local organisms and ecosystems but also how to share his love for this knowledge with others, as well as how to get along with coworkers and interact with the public. Evan says that he feels he has “a solid foundation for a career in outdoor and environmental education” after he graduates.

When asked what advice he has for students who are considering and looking for internships, Evan’s advice is to “seek quality, not prestige.” It is important for students to intern in a place where they have good relationships with the other workers, where they know their work is valued, and where they can have “opportunities to grow and connect” in their field. Every internship site will have its advantages and disadvantages: in Evan’s case, while he may not be exposed to the vast wealth of biodiversity offered by some national parks, he knows that his “presence and work in [his internship] matters to [his] coworkers, the community, and [his] fellow organisms.” Internships can also help students learn what they don’t want from their career just as much as they learn what is important to them. Because an internship is a temporary position, it is a great beginning learning opportunity, and Evan notes that it is “important to reflect objectively on your experiences.”