“Dean Mahan was a scholar and a gentleman, and was respected and admired by the faculty,” said Susan J. Stocker, Ph.D., dean and chief administrative officer. “Dean Mahan was a master of the English language and enjoyed sharing his knowledge with students. Everyone enjoyed his quick wit and sense of humor. His presence in our community will be missed.”

Mahan attended Georgetown University and graduated from Duquesne University before earning a master’s degree from Kent State. His career in academia began in 1962 as an English teacher at Boardman High School, near Youngstown, Ohio, and he joined what was then called the Ashtabula Branch in 1969 as director for Administrative Services. He was named assistant dean in 1972 and, after earning his doctorate in education administration from Kent State, was promoted to dean in 1985.

His philosophy of “dignity and respect for others” made him popular with students, staff and faculty.

During his tenure the campus implemented the Interactive Television Network to link the university to area high schools, the first of its kind in the state of Ohio. He was also instrumental in the addition of several new associate degree programs as dean, including the Physical Therapist Assistant Technology program which today is one of the largest in the state of Ohio.

Calling hours will be held Friday, Dec. 13, from 1-3 p.m. at Thompson-Smith-Nesbitt Funeral Home, 345 Main St., Conneaut. A funeral mass will follow on Saturday, Dec. 14, at Mother of Sorrows Church in Ashtabula at 11 a.m.

Read "A Role Model for Many" at the Star Beacon 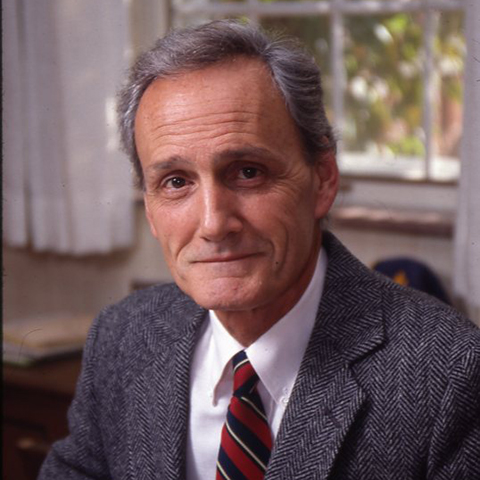