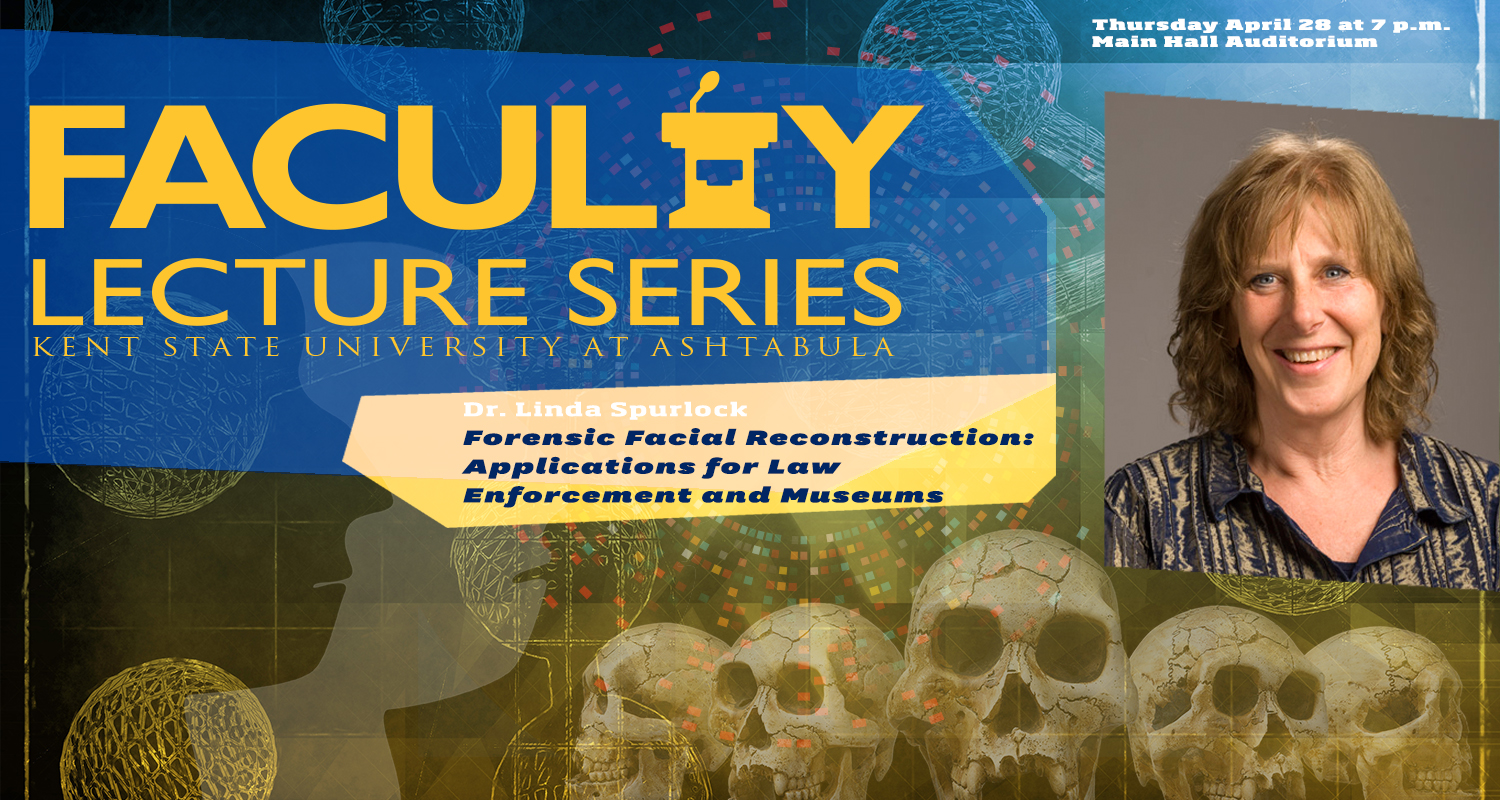 "Dr. Spurlock is a really well rounded anthropologist with an extensive background in archaeology as well as biological anthropology," said series co-organizer David Perusek, Ph.D., associate professor of anthropology on the Ashtabula campus. "Her forensic facial reconstructions have brought her into fascinating court cases and human stories, including the second Sam Sheppard trial. I'm looking forward to having her here."

Dr. Spurlock is an assistant professor of anthropology at Kent State, where she teaches courses in biological anthropology, forensic anthropology and archaeology.  Previously, she served as Director of Human Health at the Cleveland Museum of Natural History, where she organized programming aimed at improving community health. She has had an extensive career as a teacher of anatomy and physiology in colleges and universities throughout northern Ohio. She received her Ph.D. in biomedical science from Kent State and held a post-doctoral position in the Department of Anatomy at NEOMED, where she refined techniques of forensic facial reconstruction. Spurlock is a forensic facial reconstruction artist and provides sketches and sculptures of unidentified persons for coroner’s offices throughout the region. She is also a scientific illustrator who specializes in primate fossil reconstruction and has recently worked on reconstructing the fossil Ardipithecus ramidus pelvis. In 2006 she co-edited Caves and Culture: 10,000 Years of History in Ohio (Kent State University Press). Additionally, she collaborates with colleagues from Case Western Reserve University in Israel in excavations of Manot Cave, a Middle-Upper Paleolithic site.