Historic tenure comes to end after 30-plus years of leadership on campus, including last 21 years as dean

“It has been an incredible privilege and honor to serve in this role and to represent the Ashtabula Campus," - Dr. Susan J. Stocker 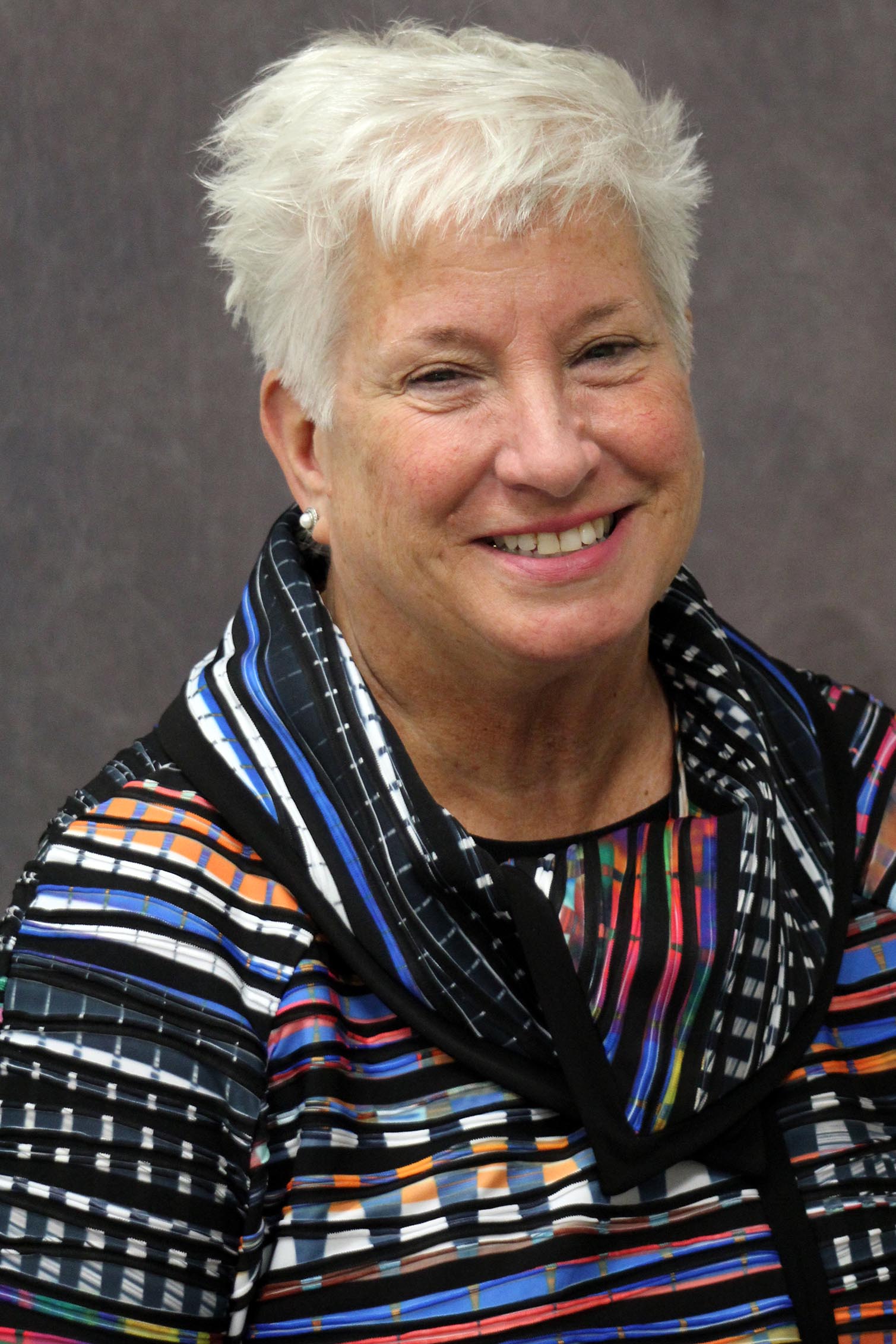 ASHTABULA, OHIO (MARCH 1, 2022) -- A historic tenure and an over 30-year educational career will be coming to an end as Kent State University at Ashtabula Dean and Chief Administrative Officer Susan J. Stocker, Ph.D., announced her retirement effective at the end of the academic year. Stocker, the longest serving dean at Kent State, will wrap up her 21st and final year as dean on June 30, 2022.

“It has been an incredible privilege and honor to serve in this role and to represent the Ashtabula Campus,” she said. “I truly believe in the family atmosphere that exists on this campus. I’ve been both fortunate and proud of the team approach we’ve developed here. Our goals have always focused on student success and ensuring access to higher education. I am thankful for all the hard work and support of so many over the years in pursuit of those goals.”

The Ashtabula campus saw record growth under her leadership, with enrollment reaching over 2,500 students, donor-funded scholarships increasing in both numbers and money awarded to students and a modernization of campus through new construction and renovations.

The most noticeable project was the construction of the $15-million-dollar Robert S. Morrison Hall, which houses the campus’s nursing and allied health programs, state-of-the-art laboratories and science classrooms, in 2009.  Met with skepticism by outsiders when the project was announced, Stocker was the driving force to raising over $6 million locally for completion of the project to match state and federal funding. That facility now stands as the centerpiece of the campus and is a recognizable point of pride in the community.

“I honor Dr. Stocker’s dedication to Kent State and our students,” said President Todd Diacon, Ph.D. “She has always been committed to student success across the Kent State system campuses, and she has made us a better university.”

Teetering on the brink of financial instability when she began her tenure, Stocker has led the campus through recession, major state funding cuts and pandemic to a position of strong fiscal responsibility and sustainability while increasing academic degree offerings to provide a world-class educational opportunity for students in Ashtabula County.

A Role Model for Campus Students

A champion of life-long learning, the desire for a career change led Stocker to what would become a four-decade affiliation with Kent State Ashtabula. And it’s what has made “Dean Sue”, as many affectionately call her, so relatable to the students who have come through the campus doors since her arrival. 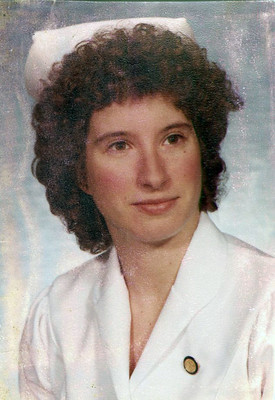 After earning an associate degree in medical laboratory technology from Trocaire College in Buffalo, N.Y., she felt her passion pulling her in a different direction.

She made the decision to enroll in the Ashtabula nursing program and arrived on campus as a student in the early 1980s, earning her associate of applied science degree in nursing in 1984.  Stocker was like many of the Ashtabula students. She was married with two young children and she worked part time. As a registered nurse working in maternal-child nursing, she served locally in both hospital and home health care settings while earning her Bachelor of Science in Nursing (B.S.N.) degree from Villa Maria College in Erie, Pa. She then returned to Kent State Ashtabula in 1990 as an instructor and remained as a member of the faculty through the decade, earning tenure in 1997 and rising to the rank of associate professor in 1999.

During that time, she completed her Master of Science in Nursing (M.S.N.) degree in psychiatric and mental health from Case Western Reserve University Frances Payne Bolton School of Nursing.

She then assumed the role of Director of Nursing which she held before being named interim dean in June of 2001. She was appointed as the fifth full-time dean of the campus in June of 2003.  She would also go on to complete her Ph.D. in curriculum and instruction from Kent State in 2007.

When she first joined the faculty, it certainly wasn’t with the idea of staying for over three decades.

“I thought it was an exciting opportunity,” said Stocker. “It was important for me to provide the students with a positive learning environment.  When I became the Dean, my commitment expanded to the community.”

She continued, “The Ashtabula campus provides access to higher education to those who wouldn’t otherwise have the opportunity. I’m proud of the opportunities we have created for individuals to get an education and improve their lives.”

“I never imagined (staying in the role) when I was first appointed interim dean, but the years go by quickly,” Stocker added. “But when you have a vision and you enjoy working toward those goals, you don’t notice how quickly time passes.” 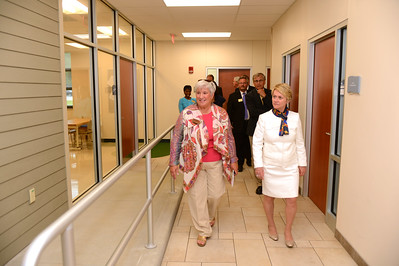 She served as the president of the Ohio Nurses Association from 1997-2001 and served as the Chair of the Ohio Nurses Foundation from 2017 to 2021. The first nurse to sit on the Ashtabula County Medical Center Board of Trustees, Stocker served as chair of that board and was a longtime member of the American Heart Association ® Ashtabula County Heart Walk leadership team. She most recently was named France Payne Bolton’s Distinguished Alumni Award recipient in 2021.

Stocker plans to travel, catch up on some reading and spend time with her grandchildren. But no one expects her to completely abandon what has driven her to be so successful in her career.

“I do plan to get back into nursing research and continue in some type of leadership capacity. Nursing is and always will be my passion,” she said. “And I’m still committed to our community, I want to look for new opportunities to continue to contribute and make a difference.”

What Others Are Saying….

Dr. Deborah Bice, Associate Professor of English, Kent State Ashtabula
“What can you say about someone you’ve known, respected, and admired for 25 years…about someone who has transformed our campus within this community academically, culturally, and socially…who envisioned and completed the multimillion dollar Robert S. Morrison Hall, and who has tirelessly and effectively served Kent State University as a Nursing Instructor, the Director of Nursing and ultimately the Dean of Kent State Ashtabula? What can you say about a committed teacher, avid scholar, and inspiring leader? You simply say: Thank you.  We will miss you. Godspeed.’”

Richard Frenchie, Chairman, Kent State Geauga Campus Advisory Board
“Sue Stocker has been a mighty force at Kent State University and the catalyst for progressive higher education and made Kent State Ashtabula what it is today. I admire her leadership, vision and critical thinking. She is the gold standard and set the bar very high. Her legacy of excellence will be enduring and a model for others to follow.”

LaVette Hennigan, former member, Ashtabula Area College Committee, Inc.
“All good things must come to an end, but our campus is truly losing a stellar representative. Her insight, foresight, passion, love, longsuffering through funding challenges, construction projects and road trips to places that needed her expertise is unmatched. Everyone deserves to retire and take their life in a new direction, Dean Stocker included. THANK YOU for putting Kent State Ashtabula on the map and for all you did to make our campus special.”

Dr. John Patterson, former State Representative OH-99 (2013-2020)
“On one hand I’m delighted and thrilled for Dean Stocker, but on the other, I feel a deep sense of loss.  Her steady hand guided the ship during challenging and turbulent times—and I truly appreciate that.  However, there are more chapters yet to be written. She will go forth knowing that she not only improved the legacy of Kent State Ashtabula but enhanced it for those who directly benefitted by her leadership and those yet to do so. Many thanks for your many years!”

W. David Schultz, Director of Business Affairs and Operations, Kent State Ashtabula
“Sue’s courage and stewardship will always be evident on the Ashtabula Campus of Kent State University. The hallmark of any successful career in higher education centers upon student access.  Whether it was academic programming, facilities improvements, or philanthropic initiatives, Sue’s legacy is one of significantly advancing and improving the access to higher education for our community.”

Dr. Julie Senita, Senior Program Director, Nursing and Allied Health, Kent State Ashtabula
“Dean Stocker has been a mentor and role model for many within Kent State University, nursing and healthcare, and the community. She has always had a way of making people feel comfortable but motivating them to better themselves. Her care and compassion as a registered nurse remained a continuous presence in her role as nursing faculty, nursing director, dean of the Ashtabula campus, and the additional leadership roles at Kent State. Faculty say, ‘I know that Dean Sue always has my back’.

When speaking of Dean Stocker, everyone identifies her as the voice and heart of this campus and our ‘fearless leader’. She is fair and makes decisions with integrity and compassion and did the “right thing” even when it was not popular. She continually engages those around her in activities that benefit the university and community. Her passion for service is evident in all she does. Dean Stocker makes all at this campus feel like part of a KSU family. Sue Stocker’s legacy is not only evident in higher education, but also in the nursing profession where she was instrumental in local, state, and national efforts to support and advance the profession of nursing.”