The film chronicles the story of Kevin Hines, who at age 19 attempted to take his life by jumping from the Golden Gate Bridge. Since then Hines has been on a mission to use his story to help others find recovery and stay alive and has become one of the world’s most prominent suicide prevention speaker and advocate. The film also features some of the leading suicide prevention experts and shines light on people who are using personal experiences with suicide to help others find the hope they need to stay alive. 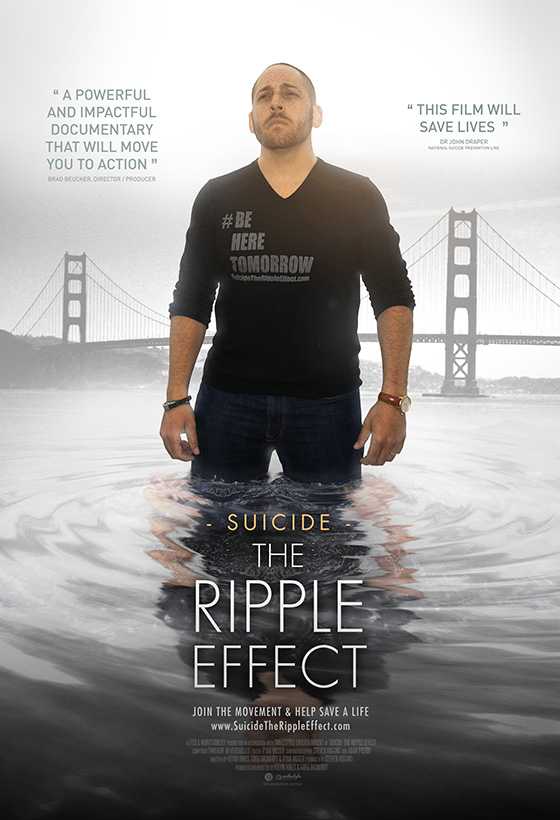 “The Ripple Effect is such a meaningful film. It raises awareness about the importance of treatment for mental health concerns and suicide prevention,” said Johanna Slivinske, MSW, LISW-S, counseling specialist at Kent State Ashtabula, which offers free, confidential counseling services to students. “Everyone's life matters and reaching out for help during times of distress is a strength.”

Across the globe, nearly 1 million people die annually by suicide. In the United States alone there are one million suicide attempts in any given year and over 44,000 deaths by suicide, with our military being hit particularly hard. Research has shown that for every one death by suicide, over 115 people are directly affected and impacted. The estimated financial cost of suicide is over $51 billion annually.

The aim of the film is to have a tremendous positive impact on reducing the number of suicides and suicide attempts in our community.

For more information on the film, visit www.suicidetherippleeffect.com or follow #BeHereTomorrow. For those in crisis who need help, text 4HOPE to 741741.