Advocating, Creating and Transporting Change Across the Nexus

Throughout the world, globalization and global network society have led to the expansion and development of increasingly larger and more complex regional environments – roughly 54% of the world, for example, presently live in metropolitan areas.  Regional life, however, varies considerably, presenting researchers, policy makers and public officials with a variety of complex challenges – what scholars call nexus issues. A nexus issue is one where multiple socio-­technical arenas and their corresponding social actors intersect to create a set of highly complex social problems (see www.cecan.ac.uk/). For example, regional areas like Northeastern Ohio are struggling to find their way in our new global world, as concerns such issues as employment and health, suburban sprawl and public transportation, education and housing inequality, food deserts and a crumbling infrastructure and so forth. Similar stories can be told of London, New York, Amsterdam, Delhi, Los Angeles, Sao Paulo, Mexico City, Seoul and Cairo. How, then, are we (both in academia and the public sector) to deal with these complex nexus issues?

The purpose of our seminar is to bring together a panel of international scholars, academics and public sector experts and advocates from healthcare, utilities, government and public policy to explore how to work together, understand and address regional nexus issues – particularly in Northeastern Ohio. The seminar comprises two lectures and a panel discussion. 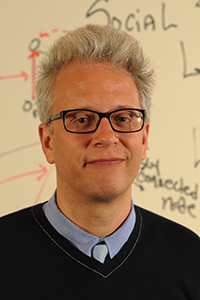 Brian Castellani, Ph.D.
Brian is Professor of Sociology and Lead of the Complexity in Health and Infrastructure Group at Kent State University, as well as Adjunct Professor of Psychiatry, Northeast Ohio Medical University. He is also on the editorial board for the International Journal of Social Research Methodology and co-­editor of the Complexity in Social Science series, Routledge.  Trained as a sociologist, clinical psychologist and methodologist, Brian has spent the past ten years developing a new case-­based data mining approach to modeling complex social systems, which he and his colleagues have used to help practitioners and policy makers address and improve complex public health issues such as community wellbeing, stress and coping (allostatic load), comorbid depression in primary care, addiction, medical education and grid reliability. Recently, Brian received a systems science scholarship from the Robert Wood Johnson Foundation to present at the 2016 AcademyHealth Conference – the leading organization in the States for health services researchers, policymakers, and health care practitioners and stakeholders. For more see www.personal.kent.edu/~bcastel3/ 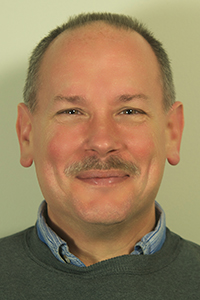 Carl Dister (Open Space Session Facilitator)
Carl is the Chief Innovation Manager at ReliabilityFirst, a non-­profit with a mission to prevent large-­scale blackouts in the USA.  He has over 30 years of systems engineering experience facilitating multidisciplinary, multicultural teams in the development of highly reliable complex systems. Carl is a graduate of Cleveland State University with a Bachelors of Electrical Engineering and University of Wisconsin-­Madison with a Masters of Electrical Engineering. He is a Certified Systems Engineering Professional (CSEP) with INCOSE, served as past-­president of the IEEE Cleveland Chapter and past-­president of the INCOSE chapter.  Carl is also working with Castellani on a new APP for modeling complex systems, COMPLEX-­IT (http://www.personal.kent.edu/~bcastel3/complexit.html)
Carl will facilitate the Open Space session during the informal dinner.  People working on Complex Nexus Issues can submit overviews of their work, and will be selected to describe their challenges at the lunch poster presentation.  Starting at noon, all conference attendees, including panelists, will break up into self-organizing groups to collaborate with on Complex Nexus Issues of interest. 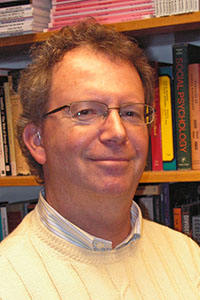 Richard Adams, Ph.D.
Richard is Professor in the Department of Sociology, Kent State University, having joined the faculty there in 2007. He has a long-­standing interest in the relationship between urban context, social integration, and health. For his dissertation, he examined neighborhood context, as measured by Census variables related to median household income and neighborhood stability, perceptions of the neighborhood (crime, neighborhood problems, etc.) and feelings of social connectedness (e.g., friends in the neighborhood, neighboring). He then assessed how all of these factors affected neighborhood satisfaction, neighborhood attachment, and general psychological well-­being (life satisfaction, happiness). In early 2000, Richard published an  article with Richard T. Serpe on social integration and well-­being in the Los Angeles metro area. More recently, he has worked with several Kent State colleagues looking at the role of neighborhoods and adolescent positive youth development and juvenile delinquency (Allyson Drinkard and Adrian Jones) and (with Manasy Pai) on how neighborhood affect the quality of life of older adults. In all of this work, his focus has been on how neighborhood context affects social integration (psychological sense of community), and how both context and integration relate to physical and mental well-­being. Before Kent State, Dr. Adams held positions at Mt. Sinai School  of Medicine, where he worked on a project examining adolescent substance, the New York Academy of Medicine and Stony Brook University, where his research focused on the consequences of community disasters like the World Trade Center terrorist attacks on September 11, 2001, and the Chernobyl Nuclear Power Plant Disaster in Ukraine, and the University of North Carolina at Chapel Hill, where he worked on a project assessing the implantation of community policing in five small to midsized cities. 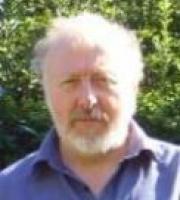 David Byrne, Ph.D.
David’s interest in complexity goes back to the middle 1990s when he first encountered the ideas through reading popular science. Gill Callaghan, then his Ph.D. student, introduced him to Reed and Harvey’s work attempting a synthesis of complexity approaches and critical realism. His own research work in urban and health fields had been very much informed by the realist position and Reed and Harvey’s work really enabled him to both write the book Complexity Theory and the Social Sciences published by Routledge in 1998 and to engage in a programme of empirical research informed by the complexity frame of reference. Since then he has published widely in relation to methods and methodology and done empirical research in relation to social exclusion, health (with Blackman), and urban issues. David is particularly interested in how to develop a new form of applied social science, which draws on the complexity frame of reference – the theme that underpins his book on Applying Social Science, and is being developed in practice, particularly in relation to action research projects addressing AIDS and in other related areas. His most recent book, written with Gill Callaghan, is Complexity Theory and the Social Sciences: The State of the Art. He has a particular interest in the application of case based methods for understanding multiple and complex causation and edited (with Charles Ragin) The Sage Handbook of Case Based Methods. Currently David is Emeritus Professor of Applied Social Sciences, School of Applied Social Sciences, Durham University. 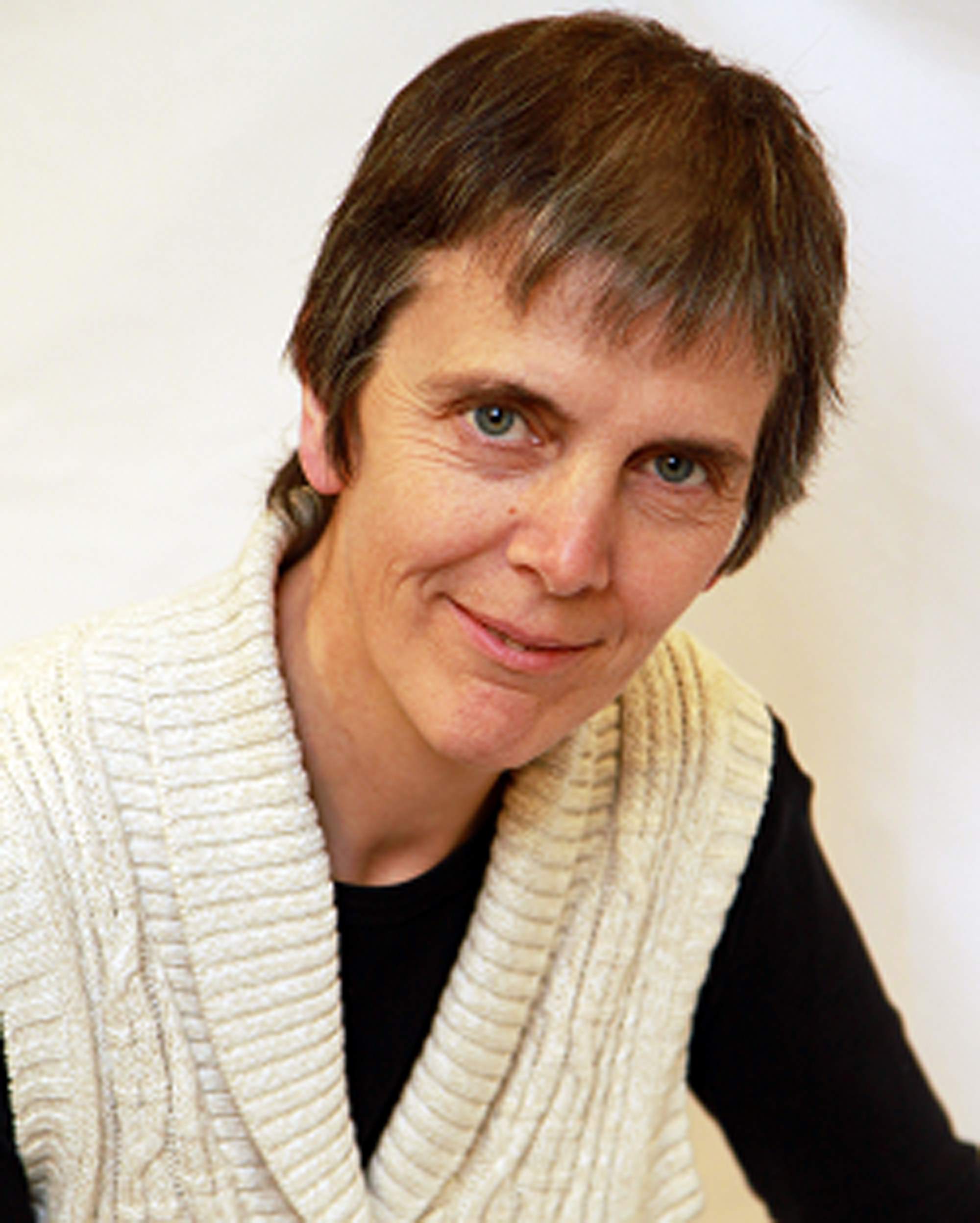 Biography: Frances Griffiths trained in medicine at the University of Cambridge and King's College Hospital, London, and went on to become a general practitioner in Stockton-on-Tees. While working as a GP she undertook her PhD at the University of Durham, Department of Sociology and Social Policy, and was a founder member of the Northern Primary Care Research Network. Frances joined the University of Warwick in 1998 and became founding Director of the Warwick West-Midlands Primary Care Research Network and developed her research interest in the impact of technology on perceptions of health. In 2003 she was awarded a Department of Health National Career Scientist Award to develop a programme of research on Complexity and Health.

Frances uses research methods from social science and has developed the use of mixed methods research methods for health. This includes work with complexity scientists from disciplines including mathematics, statistics and economics. Her research focuses on the impact of medical technology and information and communication technology on lay experience of health and health care, and on the experience of living with long-term conditions. Frances teaches research methods to students and health professionals and has written a book for this audience 'Research methods for health care practice'. Frances was Director of Research Degrees for Warwick Medical School from 2009 to 2013 and is now Head of the Division of Health Sciences. 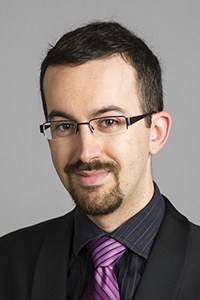 Philippe Giabbanelli, Ph.D.
Philippe joined Northern Illinois University from the University of Cambridge (UK) where he worked as research scientist. He obtained one of the most prestigious British fellowships, the Sir Henry Wellcome fellowship, but declined it in order to start his own research laboratory in computer science. Philippe’s lab focuses on developing and applying data science techniques to problems arising in health. Dr. Giabbanelli has received numerous awards for his work, including being an AcademyHealth Systems Science fellow (2016), the Peter Borwein Annual Graduate Scholarship in Computational Modelling (2011) or the President’s PhD Scholarship (2013). During his doctorate at Simon Fraser University, he used simulation models and data mining to study health behaviors. These have remained some of the key skills in his lab today, as he mentors students doing agent-­based modeling, system dynamics, or data mining (and particularly classification problems). Philippe’s vision is to position his research group as a key player at the intersection of health and computer science, with a focus on developing technically advanced processes that can then be used by decision-­makers and individuals. As example of this vision, the group has created very comprehensive models for obesity and HIV, and has conducted usability studies on software based off this research with policymakers. In addition to leading the DACHB Lab, Philippe is involved in the research community as associate editor for two journals (BMC Medical Informatics & Decision Making, Social Network Analysis & Mining) and a program committee member on several international venues (e.g., Conference on Complex Networks, ACM SIGSIM Conference on Principles of Advanced Discrete Simulation). Outside of the lab, he's a foodie and an outdoor enthusiast. 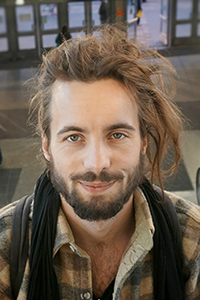 Petter Törnberg
Petter Törnberg is assistant professor in Political Sociology at University of Amsterdam. He’s had several international research positions, and has previously worked as software developer and data analysis consultant. His current research lies on the boundary between social science and complex systems, with a focus on polarization and conflict through the lens of digital trace data, combining computational methods with qualitative approaches to contribute to sociological theory.