Donate to the Department of English in Memory of Professor Claire A. Culleton

Claire A. Culleton was Professor of English at Kent State University from 1990 to 2019. A native of New York City, she received her B.A. from Manhattan College, M.A. from the University of Tennessee, and Ph.D. from the University of Miami. Professor Culleton was an acclaimed international scholar in the field of twentieth-century modernist studies, with many publications on James Joyce, Irish literature, and Irish American cultural history. During a long career at Kent State, she authored three important books—Names and Naming in Joyce (1994); Working-Class Culture, Women, and Britain, 1914-1921 (2000); and Joyce and the G-Men: J. Edgar Hoover’s Manipulation of Modernism (2004)—and co-edited three scholarly collections: Modernism on File: Writers, Artists, and the FBI, 1920-1950 (2008); Irish Modernism and the Global Primitive (2009); and Rethinking Joyce’s Dubliners (2017). In addition, Professor Culleton was founding editor of the Palgrave Macmillan series New Directions in Irish and Irish American Literature, which has produced more than thirty volumes since 2007. At the time of her death in 2021, she was serving as President of the International James Joyce Society. In the English Department, Professor Culleton’s students fondly remember her as an exacting yet kind-hearted teacher and mentor. Her lectures were marked by quick wit, funny stories, pointed insights, and a profound knowledge of her subjects of study. Professor Culleton’s legacy in the English Department lives on in many ways, one of which is the undergraduate concentration in Professional Writing with its courses on advanced editing, which she developed and fostered. 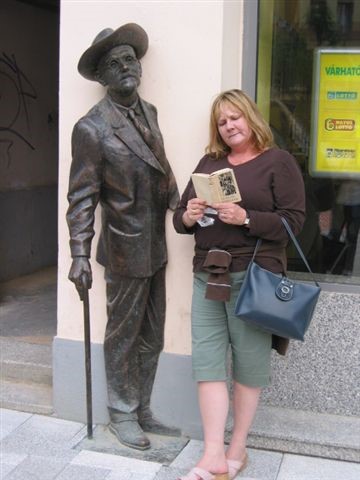 To contribute to the English Academic Development Fund in her memory, you can make a contribution online.

To contribute via check, please make it out to Kent State University Foundation and add “In Memory of Professor Claire Culleton” in the memo line. Please include your address and telephone number. Gifts can be mailed to: