The awards ceremony and reception will be held in Cartwright Hall in the lobby outside of the auditorium at 5:30 p.m. Following the ceremony and reception, a public lecture will be given by Yale Physics Professor John W. Harris at 7 p.m. in the University Auditorium in Cartwright Hall, “An Odyssey Through Our Universe: From the Big Bang and Unknown Dark Forces to Unseen Dimensions and Universes.” The event, sponsored by Kent State’s Division of Research and Sponsored Programs, is free and open to the public. Find more information

The purpose of the awards program is to recognize all six outstanding faculty members for their notable scholarly contributions that have brought acknowledgement to their fields of study and to Kent State. Of the 25 nominees for the award, these six recipients were selected based on the quality of their research and scholarship and its impact on society. 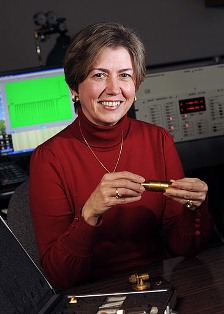 A Kent State faculty member since 1995, Almasan’s area of research is experimental low-temperature condensed matter physics with emphasis on the study of electric transport and magnetism, and the striking effects that arise from the interplay between these two phenomena. Her research is conducted on strongly correlated electrons, such as high-temperature superconductor cuprates, colossal magnetoresistance manganites, and heavy fermion materials. The phenomenon of superconductivity has many technological applications in the areas of energy, transportation, medicine, communications and mineral prospecting.

She has authored more than 90 peer-reviewed publications, including six (with a seventh in press) in the most prestigious physics journal, Physical Review Letters.  These publications have garnered more than 1,200 citations. 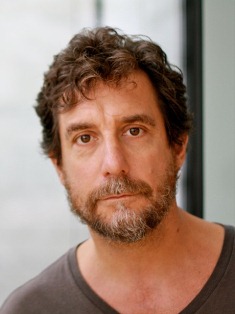 About Kenneth Bindas
Bindas has been a faculty member at Kent State since 1995 and currently serves as the chairperson for the Department of History. He has contributed greatly to his field of American cultural history, both in the traditional realm of monograph and article publication, as well as in innovative media such as theater and documentary production.

Using culture and oral history as the lens to view the Depression era, Bindas’ research and teaching has focused on how the people redefined themselves, their government and society in this era of swirling change. Using the replication of text, images and structures, his current research examines the acceptance and legitimation of modernism during the 1930s to suggest a secular reformation lay at the heart of the Depression era and had profound influence on the decades that followed.

A few highlights of Bindas’ work include his authoring and editing of several books and journal articles ranging from topics of segregation to depression-era music, a documentary on northern segregation that appeared on PBS, and production of a play written by David Hassler, director of the Wick Poetry Center at Kent State, using oral histories from the May 4th collection at the Kent State University Library. 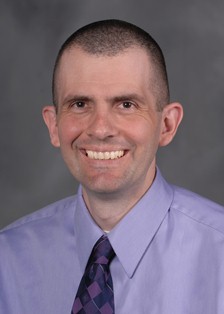 Gunstad has been a faculty member at Kent State since 2005. Through his research, he has produced startling insight into the neuropsychological effects of obesity and heart disease. His research examines two broad areas: the effects of aging and disease on neurocognitive function, with a particular interest in cardiovascular disease and obesity; and acute factors that affect neuropsychological functioning, including environmental stressors.

Gunstad is a principal investigator on several active National Institutes of Health (NIH) grants totaling nearly $8 million. He has authored approximately 80 journal articles, more than 100 conference presentations, book chapters, and an edited book. In 2008, he was awarded the International Neuropsychological Society Early Career Research Award. His work appears in the national media on a regular basis. 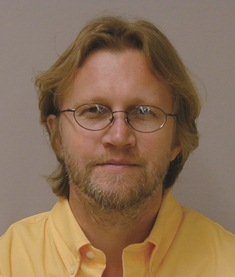 Jakli has been a faculty member in the Chemical Physics Interdisciplinary Program since 2004 and a member of the Liquid Crystal Institute staff since 1999. His research centers on electro-optical, electro-mechanical and rheological properties of ferroelectric liquid crystals. He was one of the pioneers in the sub-area of liquid crystals focused on compounds having a bent-core shape, and is well-known as one of the world’s pre-eminent experts in this important class of materials.

He has 159 refereed articles in the top journals of the world with 2,000 citations and 14 patents. He is the sole author of a summary paper selected for the Luckhurst-Samulski Prize as the best paper written in Liquid Crystals in 2010. He has organized or helped organize several international conferences on ferroelectric liquid crystals. He is also currently an associate editor of Physics Review E, a top physics journal in liquid crystal and soft condensed matter. With a National Science Foundation (NSF) grant, he uses his international visibility to place undergraduate and graduate students into laboratories outside of the United States, which is an increasingly important part of educating students in a globally integrated world.
About Thomas Janson 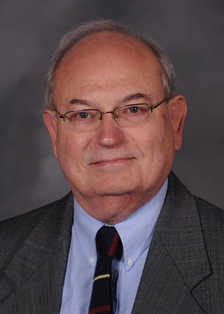 Janson has been a professor of music (composition and theory) in the Hugh A. Glauser School of Music since 1980. Previously, he taught music for seven years at the University of Pittsburgh. His compositions include a wide range of choral, choral/orchestral, solo, chamber and orchestral works.

His works have been performed by such distinguished ensembles as the New Pittsburgh Chamber Orchestra, the Buffalo Philharmonic, the New York Motet Choir and the Pittsburgh New Music Ensemble, as well as by major solo recitalists, such as Marilyn Mason, organist. His compositions have been performed in major centers of musical activity, such as Kaiser Wilhelm Gedachtniskirche, West Berlin; Notre Dame Cathedral, Paris; Scandinavian Church Music Seminar, Amsterdam; Carnegie Recital Hall, Alice Tully Hall, New York City; and at many universities and colleges in the Midwest and Northeast United States. Six of his compositions have been aired nationwide on National Public Radio.

His grants, awards and prizes include Charles Ives Award, National Institute of Arts and Letters, National Endowment for the Arts Composer Fellowship Program, National Society of Arts and Letters, National Federation of Music Clubs, and Faculty Research Grants at both the University of Pittsburgh and Kent State. He holds the D.M.A. in composition from the University of Michigan. Janson is also a vocalist and as such has toured the former USSR and appeared in many concerts in the United States as bass soloist. 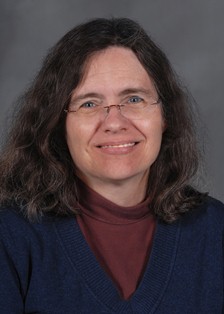 About Laura Leff
Leff has been a professor in the Department of Biological Sciences since 1994. Her primary research focuses on microbial ecology of aquatic ecosystems with emphasis on bacterial ecology of streams and the responses of microorganisms to their environment. She has published nearly 100 peer-reviewed papers in well-recognized scientific journals and given presentations and invited lectures at numerous national and international meetings and research institutions. She has brought approximately $5 million in funding for both scholarship and student training to Kent State. Also, she has served as an editor or member of the editorial board of for several top-tier journals in her field, including Applied and Environmental Microbiology.

Photo Note:
Headshots of the Outstanding Research and Scholar Award recipients are available upon request.


Photo Note:
Headshots of the Outstanding Research and Scholar Award recipients are available upon request.