A wealth of research has shown that testing can actually improve learning, according to two researchers from Kent State University

Although most people assume that tests are a way to evaluate learning, a wealth of research has shown that testing can actually improve learning, according to two researchers from Kent State University. Dr. Katherine Rawson, associate professor in Kent State’s Department of Psychology, and former Kent State graduate student Mary Pyc publish their research findings in the Oct. 15, 2010, issue of the journal Science. 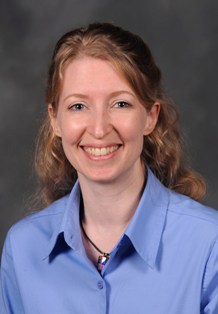 “Taking practice tests – particularly ones that involve attempting to recall something from memory – can drastically increase the likelihood that you’ll be able to remember that information again later,” Rawson said. “Given that hundreds of experiments have been conducted to establish the effects of testing on learning, it’s surprising that we know very little about why testing improves memory.”

In the article titled “Why Testing Improves Memory: Mediator Effectiveness Hypothesis,” Rawson and Pyc reported an experiment indicating that at least one reason why testing is good for memory is that testing supports the use of more effective encoding strategies.

Rawson offered this illustration. “Suppose you were trying to learn foreign language vocabulary,” she said. “In our research, we typically use Swahili-English word pairs, such as ‘wingu – cloud.’ To learn this item, you could just repeat it over and over to yourself each time you studied it, but it turns out that’s not a particularly effective strategy for committing something to memory.

The research done by Rawson and Pyc showed that practice tests lead learners to develop better keywords. People come up with more effective mental hints or keywords, called mediators, when they are being tested than when they are studying only.

Rawson joined Kent State’s faculty in the fall of 2004. Her grant-funded research, undertaken with colleague Dr. John Dunlosky, psychology professor and director of Experimental Training at Kent State, seeks to identify effective study strategies and study schedules for students to learn classroom material in a durable and efficient manner.

Earlier this year, Rawson traveled to the White House and received the Presidential Early Career Award for Scientists and Engineers, the highest honor bestowed by the U.S. government on young professionals in the early stages of their independent research careers. Nominated by the U.S. Department of Education, Rawson was one of 100 beginning researchers named by President Barack Obama to receive this prestigious award. She resides in Stow, Ohio.

Pyc received her master’s and doctoral degrees from Kent State. She worked in Rawson’s cognitive psychology lab. Pyc’s research interests involve promoting student learning, including when retrieval practice is beneficial for memory, evaluating theoretical accounts for why retrieval practice is beneficial for memory, how students self-regulate learning, and how students’ metacognition is related to their self-regulated learning. She is now a postdoctoral fellow at Washington University.