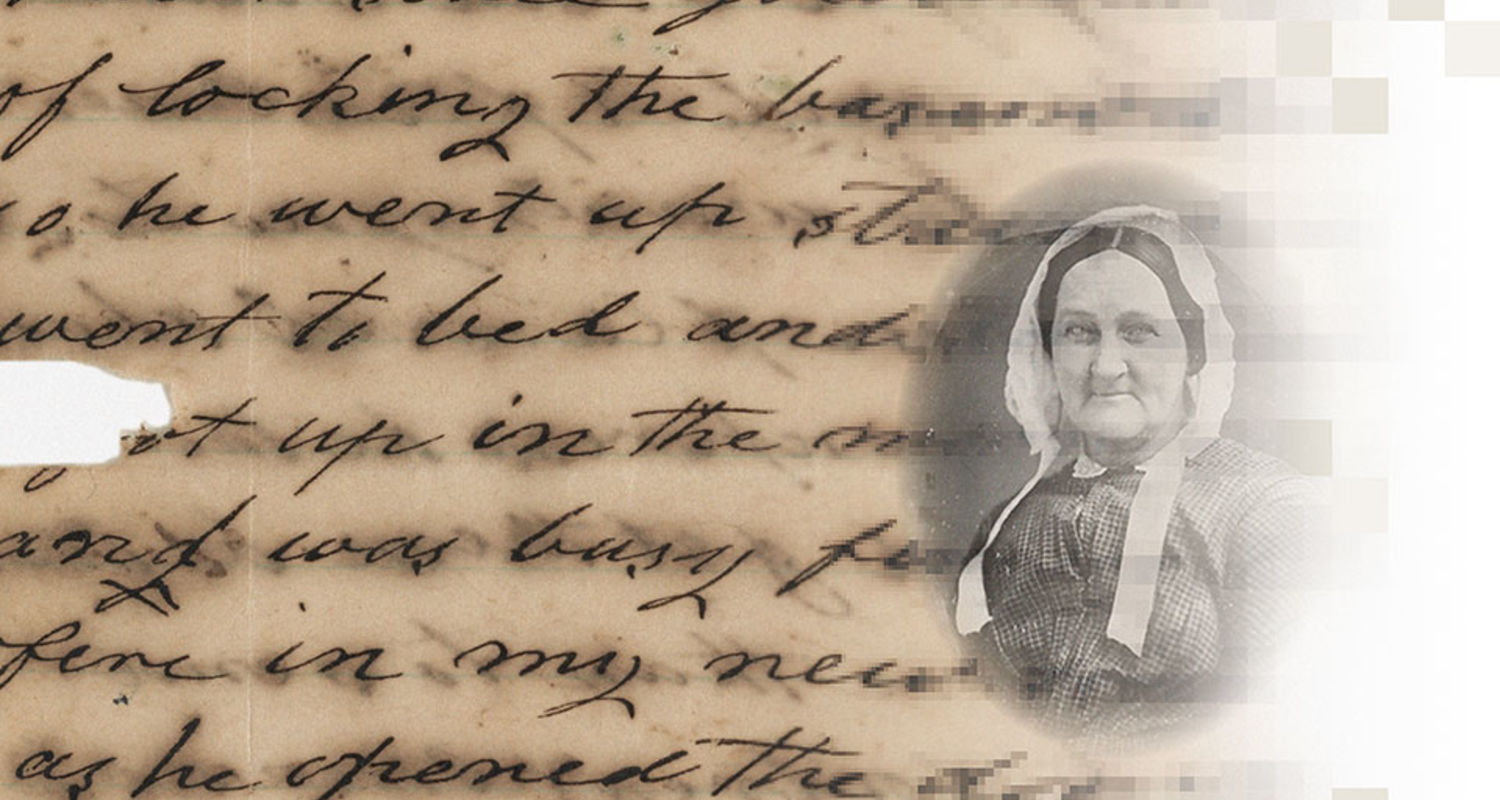 Long before emails, text messages and tweets became preferred for personal communication, hand-written letters carried news, gossip and intimate details of life from one person to another. Letters, like their electronic counterparts, were sometimes indiscreet. They conveyed anger, exasperation, humor, observations about life and love, and family history. Unlike their 140-character successors, they could range for pages, but like them, they might be sent – and delivered by the postal service – more than once a day.

Long missives written in a cursive hand with little or no punctuation form a 170-letter collection from the mother of poet Walt Whitman to her son. Edited, annotated and prepared for the 21st century’s digital formats by Wesley Raabe, Ph.D., associate professor of English, they are now available to scholars and the public on a website, “walter dear,” that is part of the electronic Walt Whitman Archive.

The letters of Louisa Van Velsor Whitman offer insight on the great American poet and the woman whose perspective influenced his work. “’Leaves of Grass’ is the flower of her temperament active in me,” Whitman wrote of his best-known work.

Critics didn’t always see it that way. Before the 1980s, the standard view was that Whitman’s mother was domineering and a complainer, Raabe said. But her complaints were founded in her circumstances. A widow, she lived in Brooklyn and then in Camden, N.J., rotating among the households of Whitman’s brothers. One of them, George Washington Whitman, held tight purse strings. Walt, who lived in Washington, D.C., was her “old standby,” as she described him, easing her life by sending her $10 postal money orders to buy coal for heat, or a new dress.

She, in turn, wrote to him about who had died, what was happening in the neighborhood and news about others in the family. She quoted what she read about Walt in the newspapers and reported her view of the politics of the day – she was glad that President Andrew Johnson was impeached and that Ulysses Grant was elected president, for instance.

Louisa read a lot of newspapers – The New York Times, the Brooklyn Eagle, Greeley’s Herald, the Sun, the Chicago Illustrated News, and the London Graphic, among them. She read almanacs and fiction, such as George Sand’s novels. She was illiterate in a stylistic sense – a “formal” sense, as Walt described it. She often used phonetic spelling. An occasional closed parenthesis ended her sentences, if they were stopped at all, and she eschewed capitalization. But how could an illiterate woman write with such depth and perception? As Raabe argues, the “power and expressiveness” of her letters override any stylistic concerns.

“Her letters offer insight into Walt’s life, but they are more important for their insights into Louisa’s own life as a subject worthy of our attention today,” he wrote.

Louisa never intended for the letters to be made public. “burn this letter,” she wrote (without capitalization) at the close of three of them. But Walt saved them and they are preserved in traditional, print archives. Most are at Duke University’s Trent Collection of Whitmaniana and others are at the University of Texas, Yale, the Library of Congress and the University of Virginia. Raabe dated the letters and gave them detailed scholarly annotations and context. He provided a biography of Louisa’s life and a review of how she influenced her son’s poetry. The collection - “walter dear” - is only available online, not in a print format.

Raabe also created a Twitter site – “MotherWhitman,” (@MotherWhitman / Twitter) where he excerpts and comments on the letters. It links to transcriptions, annotations and digital images of the original letters in the Walt Whitman Archive.

“I didn’t think of it as a big project at the time – I underestimated the number of letters and how long they would take to edit,” he said. While serving as a fellow in the University of Nebraska’s Center for Digital Research in the Humanities, he was asked by Ken Price, editor of its Whitman Archive, if he would be interested in editing the letters. When Raabe came to Kent State in 2008 as an assistant professor of English, he took on the project of digitizing Louisa’s letters, which was funded by a grant from the National Archives. The editorial work was completed in 2013 and published last March.

He was assisted at Kent State by graduate student Felicia L. Wetzig and by Cathy Tisch of the Institute for Bibliography and Editing.

This spring, Raabe is teaching a new class that he designed, “Introduction to Digital Humanities,” that will involve collaborating with the Special Collections and Archives department of the University Libraries to digitize and publish letters by Thornton Wilder.

Digitization offers widespread access to letters that once were sealed and sent to individual recipients. Like Louisa’s injunction to “burn this letter,” an author’s personal preferences may be overridden in the quest for knowledge.

As Louisa wrote in 1869, “strange things happen in these days dont they Walt so its best not to make any calcalation”

Read the letters on “walter dear”