There was a time in England when it was more common to read and even speak in French, if you were to gain entry to the highest social class.

That English ultimately prevailed as the language of a country conquered in 1066 by the Normans is remarkable, said Susanna Fein, Ph.D., whose scholarly life has centered on the first great poet to write his most important work in English, Geoffrey Chaucer. She is the editor of The Chaucer Review and a former trustee of the New Chaucer Society. Last summer Fein, professor of English, taught 16 master high school English teachers in a month-long National Endowment for the Humanities seminar designed to immerse them in Chaucer’s poetry and his world. The group traveled from Southwark in London to Canterbury Cathedral, a 60-mile journey tracing the pilgrimage to the site of Thomas Becket’s martyrdom that Chaucer immortalized in The Canterbury Tales. The goal was to offer the teachers new insights into tales that still resonate, more than 600 years after Chaucer wrote them.

Why did Chaucer, a creature of a court where French was common, write in English? It’s a big question, said Fein. He may have done it in imitation of Dante, whom he admired and who wrote The Divine Comedy in Italian rather than the more scholarly Latin. As Dante is known as “the father of the Italian language,” Chaucer is often called the “father of English poetry.”

The Modern in the Medieval

As any modern reader knows, the language of The Canterbury Tales bears little resemblance to contemporary English.  Yet, digging into its medieval vocabulary is well worth the effort and uncovers Chaucer’s very modern appeal, Fein said.

“He provides psychoanalysis before Freud gives us the term,” she said. “He bores into these characters.”

“There are so many layers and depths. He speaks to readers like Shakespeare does,” she said. “It’s remarkable that he creates a new persona for each story.”

As the 30 characters of Chaucer’s pilgrimage make their way from the Tabard Inn, a public house in Southwark on the south bank of the Thames in London, to Canterbury Cathedral, their tales unfold as a way to entertain themselves and compete for a free meal back at the inn when they return. The Knight, the Miller, the Reeve, the Cook, the Wife of Bath and more strive to outdo each other in storytelling skill. Not all of the promised tales are told, however. Chaucer died in 1400 before finishing the work, and it may be his executors who compiled it, Fein said.

It was then copied by scribes. Adam Pinkhurst, a legal scribe, is known to have copied the two oldest of the 70-or-so existing manuscripts: the Hengwrt manuscript, now in Aberystwyth, Wales, and the beautifully illuminated Ellesmere manuscript, on view at the Huntington Library in San Marino, California.

The tales that are told cut deep into issues and dilemmas that we face today. “Is the Wife of Bath a feminist’s dream or a misogynist’s nightmare?” Fein asks. The Pardoner tells a dark tale about greed and drunkenness, plague and murder. “Is he a haunted character or a fraud?” she wonders. Some of the pilgrims are optimists, others cynics. Most are somewhere in between.

“Questions about ethics, belief and desire come up, character by character,” she added, with the tavern keeper-host chiming in as a sort of literary critic.

“And if I haven’t said it before, Chaucer is very funny.” In addition to her work on Chaucer, Fein is a scholar of medieval manuscripts. She was invited last fall to teach a graduate class at the University of Notre Dame on a medieval manuscript known for its gathering of the early English poems known as the Harley Lyrics. This manuscript, British Library MS Harley 2253, is a collection of poetry and prose written in Middle English, French and Latin that predates Chaucer by 50 years.

Fein has edited the manuscript and expects the final volume of her three-volume edition and translation to be published in the spring. She has described the collection as full of “especially fine poems on topics such as religion, politics and love.” Like Chaucer, she noted, it is “sometimes devout, sometimes rebellious, and sometimes bawdy” and she called it one of the best anthologies of English poetry before the 16th century. Bringing the manuscript’s contents back to the surface will add to our understanding of Chaucer and medieval England, she said.

Besides medieval English, Fein works in French, Latin, Italian and German. Medieval England was tri-lingual, she noted: the Court spoke French, scholars used Latin, and the indigenous population spoke English. Some poets wrote in all three languages. Chaucer’s close friend John Gower is buried in Southwark Cathedral, and on his effigy tomb, his head rests on three books: one in Latin, one in French, and one in English.

But what scholars have often neglected until the past 15 years or so is Anglo-French, or “English French,” a Creole-type mixture that overlapped with Middle English. In editing Harley, Fein has found herself in the middle of a new field of scholarship, “the French of England.” Was it a dialect? A language of its own? How much of it was traceable to France? she wondered. “It’s a body of literature that people interested in medieval England need to read,” she said.

Fein became a medievalist after earning her B.A. in English literature from the University of Chicago. She earned her Ph.D. at Harvard, where her adviser, Larry D. Benson, was in the midst of editing The Riverside Chaucer, which became the standard scholarly edition.

Editing and bringing to life medieval texts has engaged her ever since. She looks for gaps in texts, things that other editors hadn’t noticed.

Her students today are primed for medieval texts by their interest in Tolkien, J.K. Rowling and C.S. Lewis, she said. The tales of Robin Hood also continue to have relevance, with their themes of economic justice and rich versus poor.

“You can play off those tastes,” she said.

But Chaucer remains, for her, at the center of her study, a masterful poet who is essentially modern in his analysis of his pilgrims and their psychological interplay.

“He’s seeing that the world is refracted by the way that people of all kinds see it.” 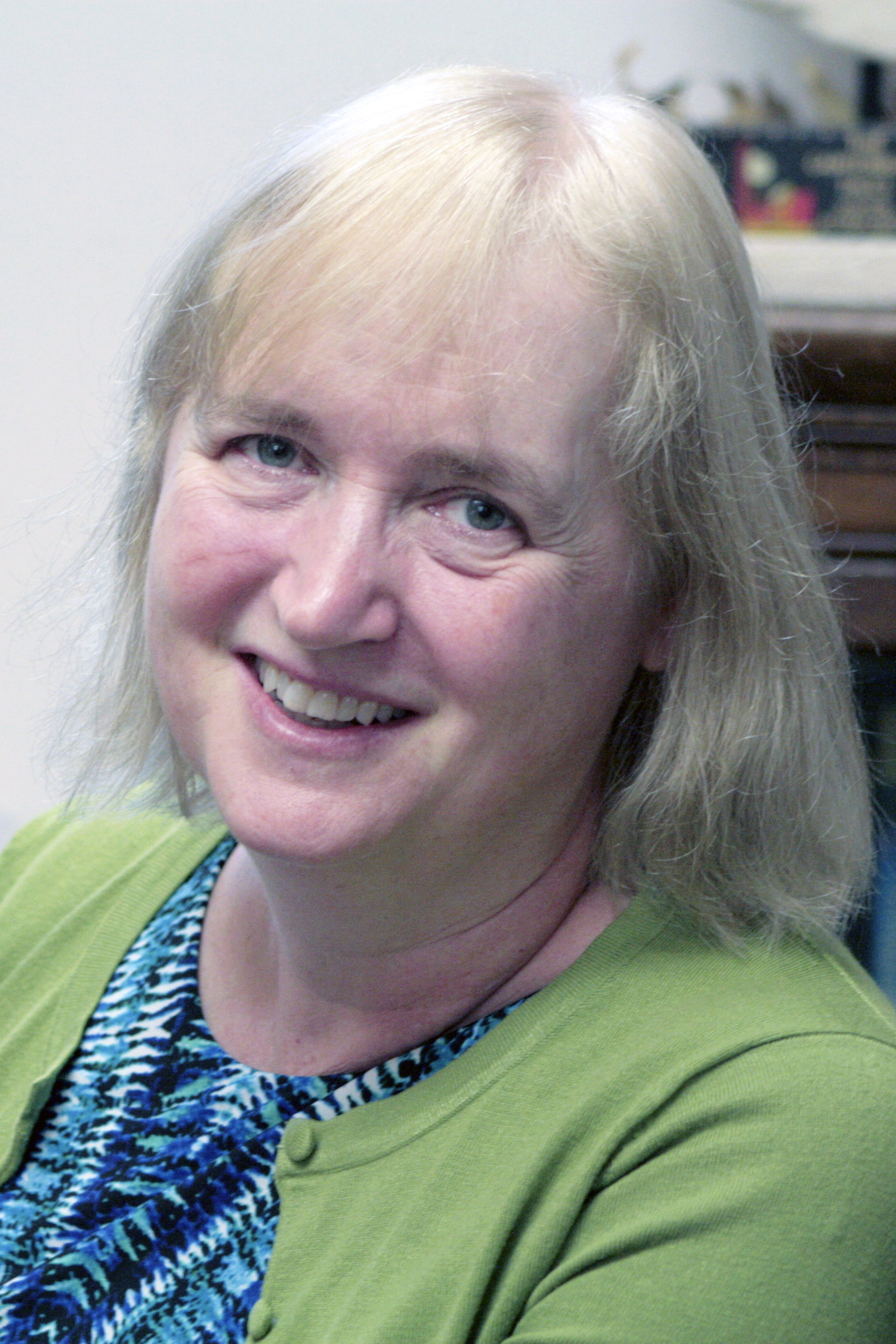