Inside the Human Chromosome 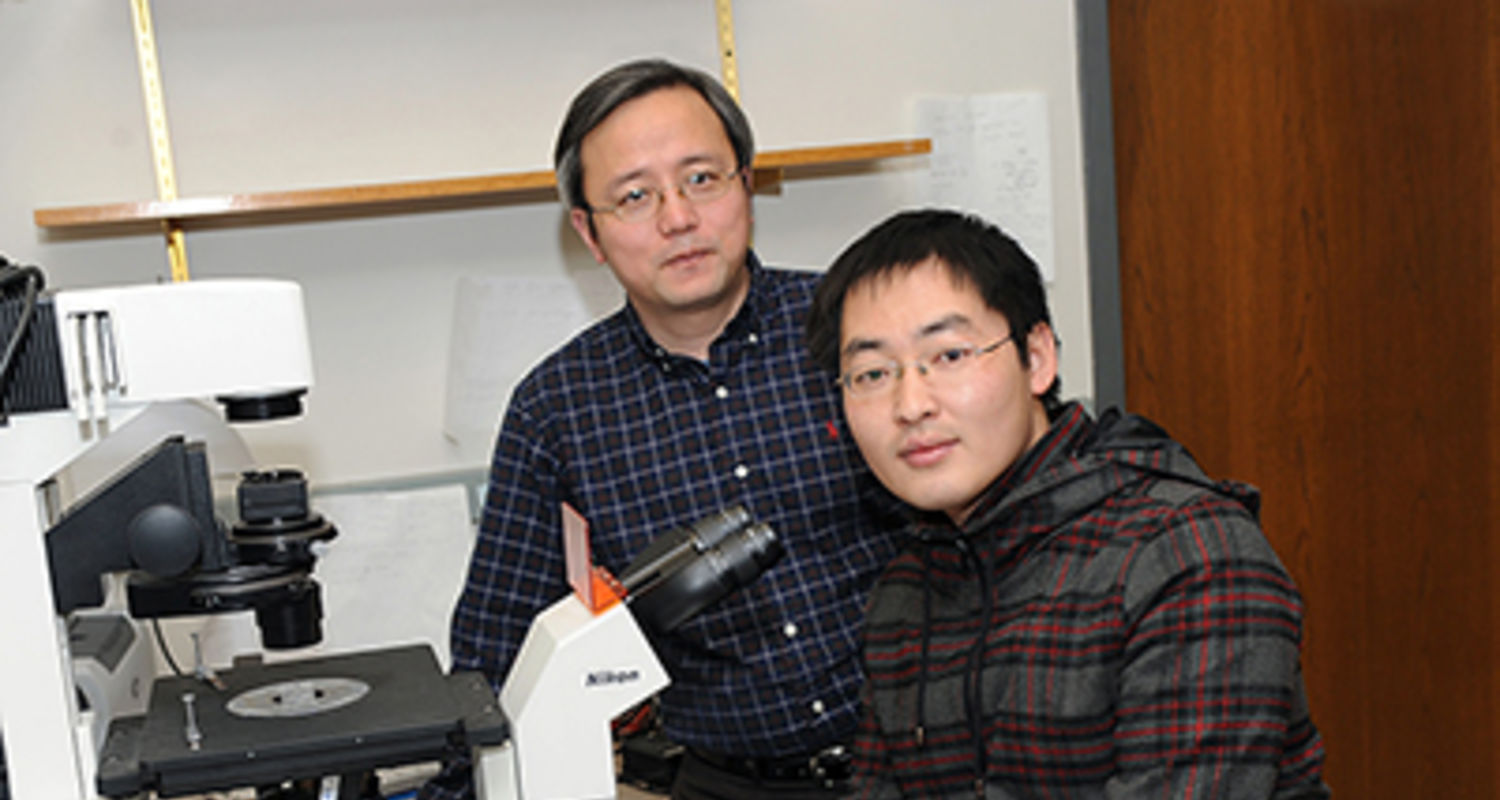 A Kent State scientist has received a $450,000 grant from the National Science Foundation (NSF) to lead a study of the workings and dynamics of a structure inside the human chromosome.

Hanbin Mao, Ph.D., associate professor of chemistry and biochemistry in the College of Arts and Sciences, will study G-quadruplex structures (GQs), which are located in the telomeres at the end of chromosomes.

Telomeres protect genetic information in chromosomes but are also associated with aging and cancer, among other things. This fundamental research on the telomere could eventually lead to the design of new anti-cancer drugs targeted to the GQs.

Mao, whose earlier work in this area was funded by a $278,000 NSF grant, collaborates with a researcher in Japan, Prof. Hiroshi Sugiyama at Kyoto University. Mao is the principal investigator on the project.

The researchers will study GQs at the single molecule level, applying techniques such as molecular scalpels and laser tweezers, which offer a way to precisely manipulate and measure the mechanical force on molecular structures. They will also use “click chemistry,” which is the use of chemical building blocks that “click” or link together readily.

Their goal is to see how GQ units are structured and how they are distributed in human telomeres.

“Contrary to the common belief that high school students are not ready for scientific research, we found that the majority of students are enthusiastic in carrying out hands-on experiments,” he wrote in his proposal to the NSF.