From Invention to Inventory 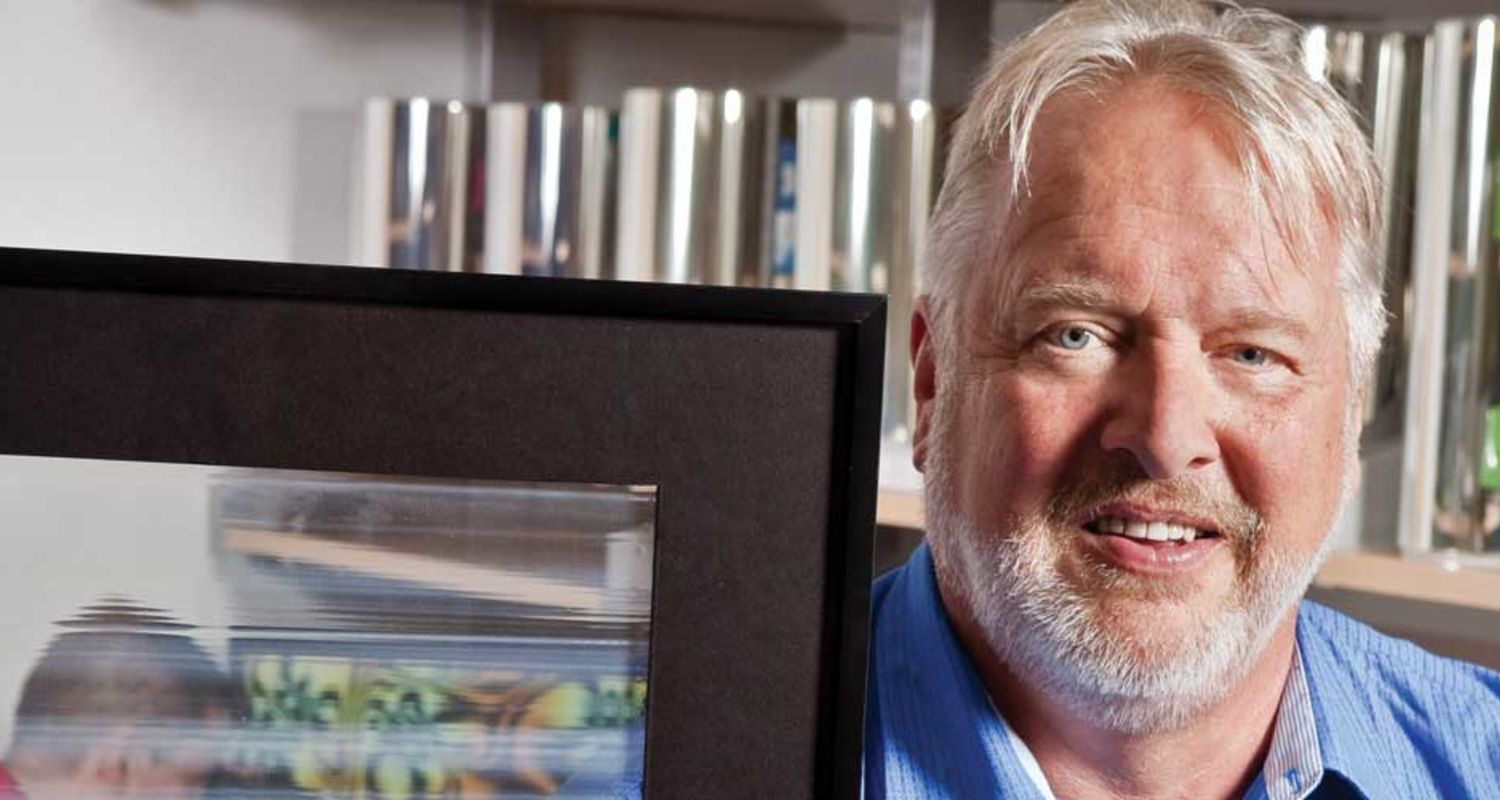 John West, Ph.D., has always felt comfortable in two environments with contrasting cultures – industry and academia. His ability to bridge the chasm between basic science and making a product to sell will be tested with his new start-up company, FITOS.

The key to his new venture is an invention born in his laboratory at Kent State – an electrically conductive material that can be embedded in flexible transparent films and used in electronic devices. The invention exploits a disadvantage with indium tin oxide (ITO), which conducts electricity and is used in transparent thin layers in cell phone screens and other liquid crystal displays. ITO is brittle and it cracks. West’s innovation is to controllably crack ITO coatings by bending flexible films. The result is FITOS – flexible ITO solutions.

West, Trustees Research Professor and senior research fellow at Kent State’s Liquid Crystal Institute (LCI), discovered the technology when he was looking for something else. While he was cutting a flexible plastic substrate with a razor, he saw under the microscope that perfect cracks had resulted. He turned aside from what he had been working on and investigated the cracks further. Eventually he realized they could be produced on a large flexible sheet, creating tiny electrode patterns that could not be seen by the naked eye. This patterned electronic field gave his invention commercial potential. Switchable windows immediately came to mind -- a technology that West had worked on since 1984, when he first came to Kent State from industry.

One of his graduate students, Da-Wei Lee, Ph.D., now a postdoctoral researcher at the University of Pittsburgh, built the first prototype of a window using the flexible solution.

“I saw that prototype and I realized this was commercially viable,” said West.

Gearing up to Market

Next, he met with window manufacturers to scope out the size of the market for a window that would electronically let in or block light, partially or fully, like a venetian blind. Over the past months he has received start-up funding from the Ohio Third Frontier Commission, some of it matched by Kent State, and the Great Lakes Innovation and Development Enterprise (GLIDE). His company was on its way. West plans to be an industrial partner with Kent State, which will allow him to use the university’s machine shop. When he first came to Kent State from Digital Recording Corp. in Salt Lake City, where he was director of media development, West created LCI’s industrial partners program, attracting such names as Samsung, which underwrote an international Liquid Crystal Society conference at the university and gave its name to the LCI auditorium.

“We worked out user-friendly ways for companies to interact,” he said.

An LCI heritage: Working with industry

That close relationship with industry was encouraged by LCI’s second director, William Doane, who hired West because of his chemistry background and his industrial experience.

“I thought for the (LCI) program to advance and develop, we had to get applied research going,” said Doane, who retired from Kent State in 1996 to found Kent Displays, Inc., makers of the Boogie Board LCD writing tablets.

Doane was a physicist. He and one of his research groups at Kent State discovered polymer dispersions – a mix of polymers and liquid crystals. He hired West to come to Kent State work on these materials..

He has been surprised at how well some academics adapt from the lab bench to the boardroom. Bahman Taheri, now chief executive officer of AlphaMicron, was a solid basic researcher in optics who worked in Doane’s research group at Kent State as a postdoc. He later spun off Alpha Micron, showing an entrepreneurial bent that Doane had not suspected.

That smooth transition between basic and applied research was always something that Doane encouraged, and it became known as the “modus operandi” of LCI, West said.

“When you embrace that basic-to-applied, it opens doors,” he said.