An h-index is a metric frequently used within the scientific field to determine the productivity and impact of someone’s work based on their various publications over a certain period of time. 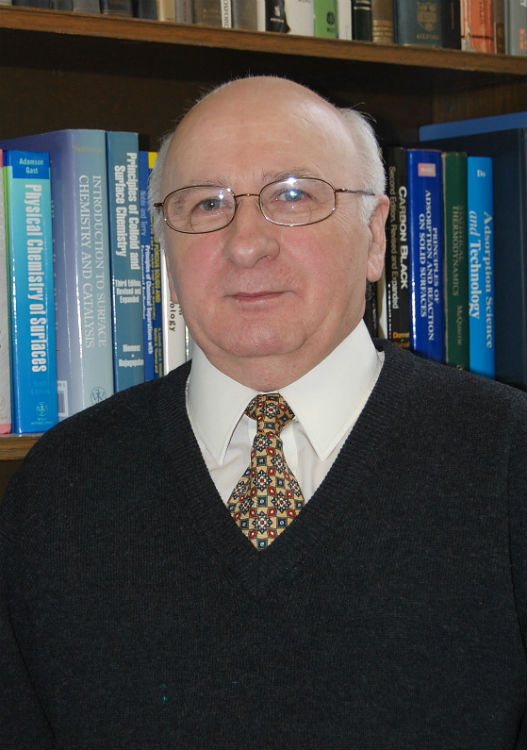 According to the American Association for Clinical Chemistry (AACC), the average chemistry professor has an h-index between 12-24. An h-index of 12 simply means that a person has published at least 12 articles that have each been referenced by at least 12 other articles.

There are just a handful of chemists worldwide with h-indices above 200. The h-indices of chemists awarded the Nobel Prize during the last five years range from about 30 to 160; Mietek Jaroniec, Ph.D., professor in the Department of Chemistry and Biochemistry has an h-index of 125, which places him among the top chemists worldwide.

Jaroniec was once again named a highly cited researcher in Chemistry and Materials Science by the Clarivate Web of Science for 2020.

To receive the award, Jaroniec had to produce many highly cited papers that rank in the top one percent of publications for his specific field. Impressively, Jaroniec received recognition in two fields: chemistry and materials science.

Jaroniec has previously been honored by the Clarivate Analytics/Web of Science as a highly cited researcher in at least one field every year since 2015. With more than 1,000 published articles that have been cited nearly 82,000 times, it is evident why he has received this recognition time and again.

“It’s important to remember why you’re doing what you're doing,” said Jaroniec. He emphasized the importance of viewing the awards and recognition as motivation to continue your work, as opposed to validation that your work is being appreciated.

“The real reward has been gaining knowledge from others and sharing what I know,” Jaroniec said.

Jaroniec continues to shape and impact his research field with his expertise in adsorption, chemical separations, and chemistry of materials.

This prolific researcher has been acknowledged by more than just the Clarivate Web of Science in the past.

In 2015, Jaroniec was awarded by the Polish Chemical Society with the Medal of Marie Curie-Sklodowska for his outstanding achievements within the scientific community. A detailed story of this award can be found here.

See a full summary of Jaroniec’s scholarly publications and accomplishments.

Learn more about the Department of Chemistry and Biochemistry.