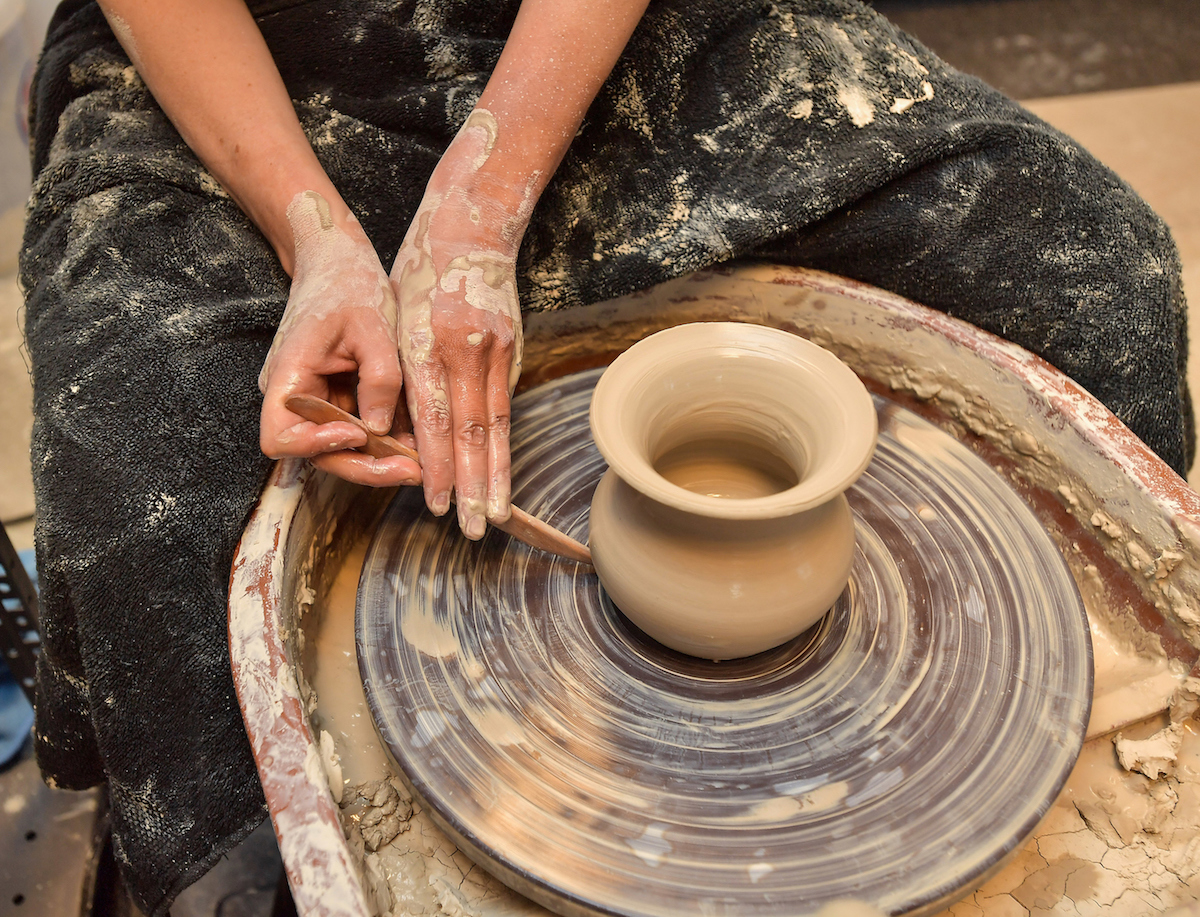 Research always begins with a question.
In Metin Eren’s archaeology lab at Kent State University, that question seems to be “why did they make it that way?” and the answers often seem to defy conventional wisdom.

The findings of a study published recently in archaeology’s top journal by a doctoral student in the lab are no different. 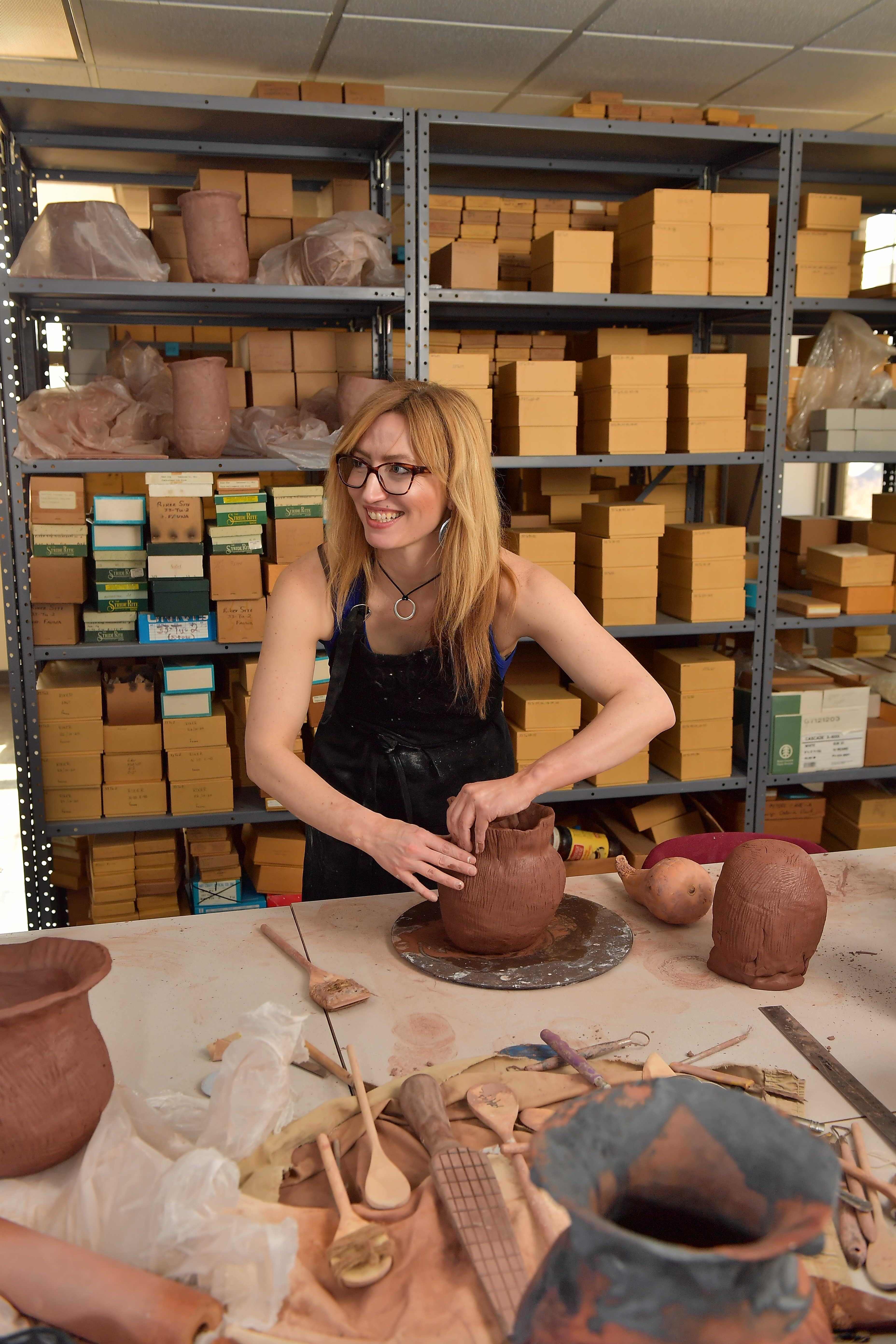 Eren, assistant professor of anthropology and director of archaeology in KSU’s College of Arts and Sciences, studies Clovis spear points made by Ohio’s earliest inhabitants. Soon after the lab opened, he welcomed Michelle Bebber, an art and anthropology graduate from the University of Akron, who has made ancient pottery a part of the lab’s focus.

Their modus operandus is to make replicas of ancient tools and pottery, then break them to study their strength and structural features.

Bebber’s solo article in the Journal of Archaeological Science presents an argument that pottery was not made the way it was made for the reasons long believed by scholars.

“You want a quality product and there’s many steps that go into making that product,” Bebber said. “People in the past, just like people today, had to make decisions about what to include in the recipe for creating pottery.”

Ancient peoples would make pottery primarily of clay they dug from the ground, then add crushed stones or pieces of shell called temper.

Archaeologists have long believed this temper was added to strengthen the pottery. That’s where the making and breaking MO comes in.

In Bebber’s study, she made pots with the original recipe that included various forms of temper material, and made other pots with only clay.

“It turns out that that clay, just pure, is much stronger, almost twice the strength of some of the comparison samples with what they were adding,” she said. “So there must be some other factor that was driving them to add that temper.”

Bebber said it’s likely the Early Woodland people, who lived well before the pottery wheel, added the temper to help stabilize the raw clay when building by hand.
“Raw clay is very flexible, almost too flexible, so they probably added this temper to help with the formation phase,” she said. “They were trading end-product strength for workability in that earlier step.”

Eren said Bebber’s single-author publication in a top journal, while no surprise to him, is still an uncommon occurrence for a graduate student.
“I cannot tell you how rare that is,” Eren said. “It’s a huge achievement.”

Bebber said a follow-up study is already under way.