In 1901, the 16 Major League Baseball teams produced 455 home runs. Players were discouraged from attempting it — too much risk of flying out. Nearly 120 years later, players couldn’t seem to help themselves, and MLB smashed all previous records, with 6,776 home runs — 771 more than the previous record set in 2017. The year in between, while lower, still yielded a top-five all-time total, with 5,585 homers, and 2016 finished top four, with 5,610. 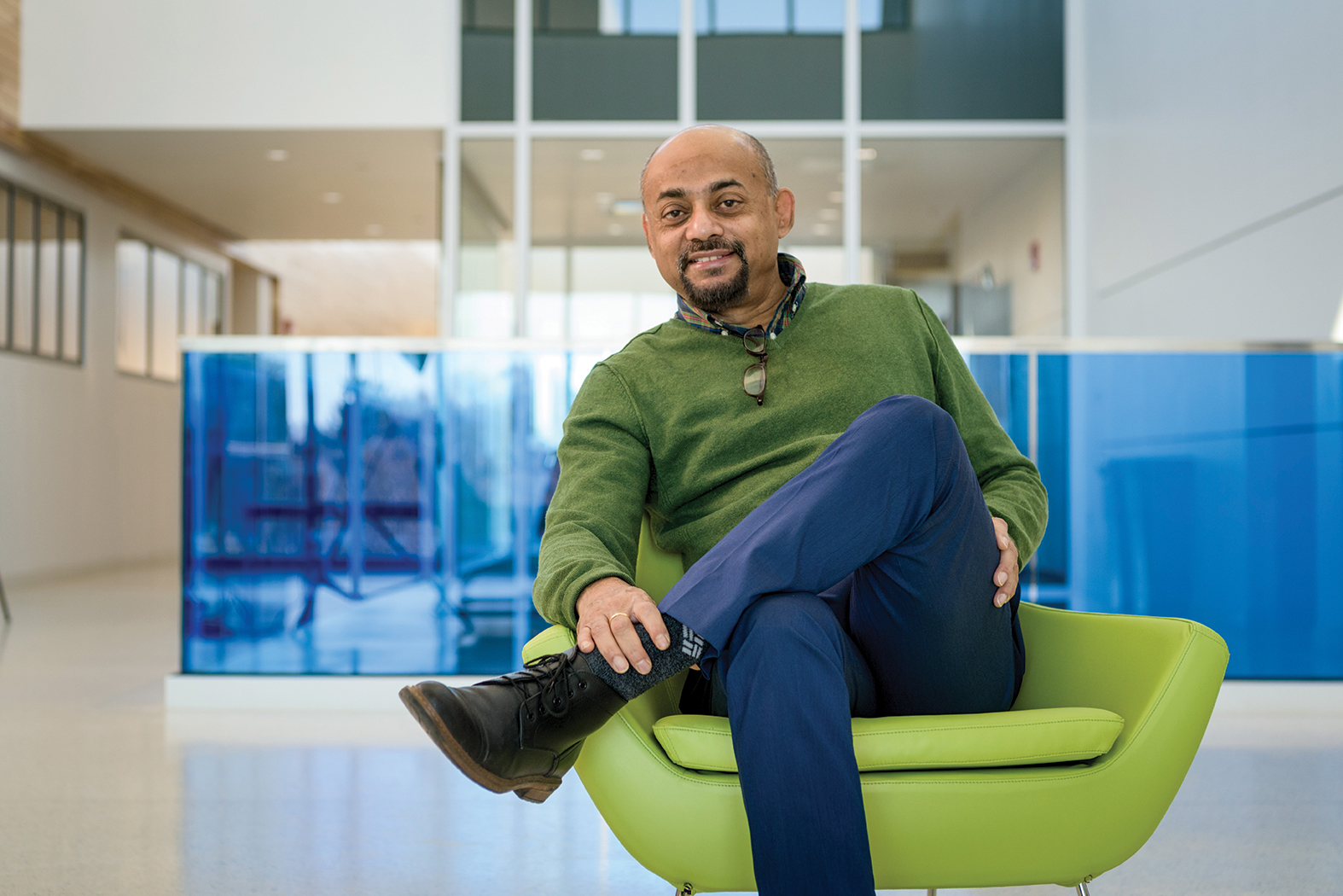 More homers might mean more exciting games, but some people question why the spike happened. A Kent State University chemist thinks he has some clues about this unusual surge in home runs.

“The players are all the same, so what happened from one year to another?” said Soumitra Basu, Ph.D., professor of chemistry in the College of Arts and Sciences at Kent State.

A December feature in the American Chemical Society’s “Chemical & Engineering News” (C&EN) highlights a study that was published in ACS Omega 2019, led by Basu.

His analysis of MLB baseballs shows a distinct change in their chemical composition. In short, the balls bounce better, and that means more home runs. Both MLB and ESPN Sports Science began investigating the baseballs in 2018, after noticing the massive jump that began after the 2015 All-Star Game.

MLB found evidence of reduced drag but maintained there was no deliberate alteration to the baseballs. ESPN brought in researchers at the University of Southern California, who ran the baseballs through an MRI machine and found the newer balls had lower density, and the rubber cores were more porous. An associate of sports science who recruited the researchers from the University of Southern California asked Basu and his graduate student, Nathan Beals, to study the chemical composition of the cores.

“We thought that was pretty cool because we work on nanotechnology from a therapeutic standpoint,” Basu said. “We look at different kinds of nanomaterials, and do nanomaterials analysis, but for developing pharmaceuticals, not analyzing baseballs. But it’s the same technology.”

Basu performed several high-tech analyses, including electron microscopy that showed a porosity difference between newer and older baseballs. More porosity equals lower density —56 percent lower, to be precise. “Then we did multiple different chemical analyses, and we found out that there is a difference in one of the elements — the silicon was different. We also found some small differences in carbon,” he said. “Other analyses showed that, chemically, things were not that different overall. But it was very clear that there was a physical difference and subtle chemical differences”

The article also was picked up for a brief in the journal Science, and Basu says he’s pleased that the findings were supported by rigorous peer-review process of ACS Omega and high level of review standards employed by both C&EN and Science.

“We never expected this to become so big, and so it’s a very rewarding experience,” he said. “I think the most important thing about it is that typically people don’t understand the impact of science. They think that science is something crazy people do behind closed doors and nobody knows what’s going on. But here you see that you can do very sophisticated science on a very simple thing that everybody knows about. I think people can see the impact of that, so to me that was very satisfying.”

The C&EN write-up follows a 2018 FiveThirtyEight.com article that described the findings of one of Basu’s preliminary tests on the baseballs.