The first Kent State University Physics Colloquium of the 2020s will be one to remember. The Kent State Department of Physics is pleased and proud to welcome Eva Y. Andrei,  Ph.D., Board of Governors Professor of Physics at Rutgers University. Professor Andrei will deliver a talk, entitled "The Magic of Twisted Two-Dimensional Crystals," at 1:30 p.m. on Thursday, January 16, in Smith Hall, Room 111. 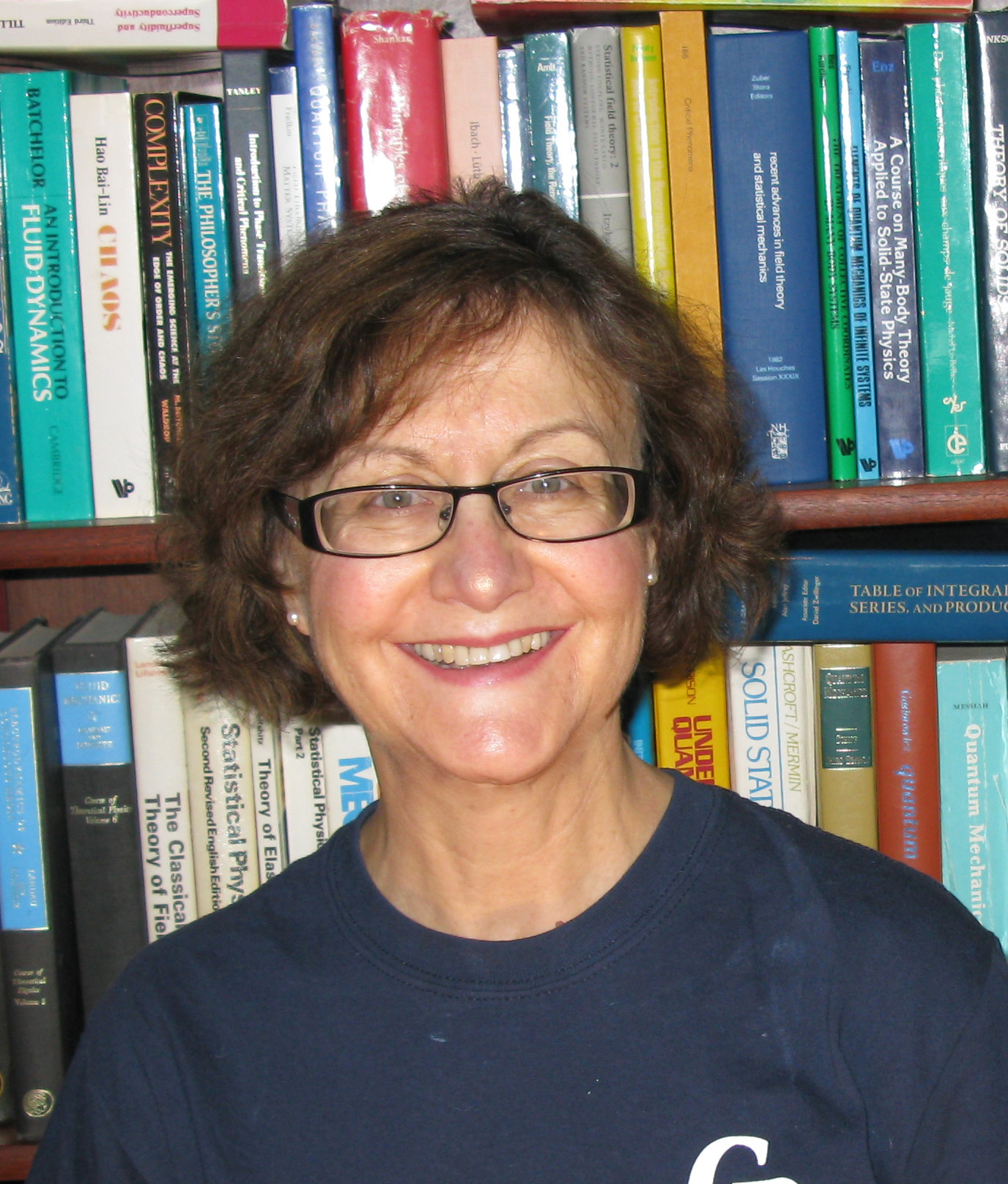 "Peering into the scribble of a pencil with a powerful microscope reveals a wonderland of tiny crystals made of carbon atoms. Occasionally, a crystal that is only one-atom thick, a two-dimensional honeycomb lattice of carbon atoms known as graphene, appears.
Following the pioneering work of Geim and Novoselov in 2004, dozens of other 2D crystals have been discovered. Because all the atoms in any 2D crystal are exposed to our three-dimensional world, it has become possible for the first time to tune the electronic properties of a material without changing its chemical composition, for example by introducing strain, plucking out atoms, or intentionally stacking 2D crystals in various ways.
One of the simplest techniques, changing the relative orientation of superposed 2D crystals, has proven to be especially impactful and has taken center stage recently, following the surprising discovery of interaction induced insulating states and superconductivity in twisted bilayer graphene. In this talk I will discuss the rapidly evolving field of twisted 2D crystals from its serendipitous discovery to recent developments."

Professor Andrei is an experimental condensed matter physicist recognized for her work on low dimensional electron systems, including two-dimensional electrons on helium, magnetically-induced Wigner crystal in semiconductor heterojunctions, and vortices in superconductors. She is known particularly for her ground-breaking work on the electronic properties of graphene, a one-atom thick membrane of crystalline carbon with extraordinary electronic properties stemming from charge carriers that behave like ultra-relativistic particles.

Join us for refreshments beginning at 1:15, followed by Professor Andrei's lecture.

Background
Following an undergraduate degree from Tel Aviv University Andrei received her Physics PhD from Rutgers University. In 1987, after post-doctoral work at Bell laboratories, she joined Rutgers as an assistant professor of Physics. She is currently a Board of Governors Chaired professor in the department of Physics and Astronomy at Rutgers.
Andrei is a fellow of the National Academy of Sciences, the American Academy of Arts and Sciences, the American Physical Society (APS), and the American Association for the Advancement of Science (AAAS). She is the recipient of the Medal of Physics from CEA, a French government research organization, and of the 2010 Rutgers Board of Trustees Award for Excellence in Research.

Andrei is vice chair of the Condensed Matter and Materials Research Committee for the National Research Council, the Chair-elect for the Physics division of the AAAS, and has served on the executive committee of the APS. She has edited Two Dimensional Electrons on Helium and other Cryogenic Substrates published by Kluwer Academic Press. Andrei is currently an editor for the journal Proceeding of the National Academy of Sciences and serves on the editorial board of Solid State Communications.