Two Kent State University sociology researchers are moving toward gaining insight into how people’s brains react in a variety of threatening situations using innovative virtual reality (VR) technology funded by the U.S. Department of Defense (DOD) and the U.S. Army.

Josh Pollock, Ph.D., assistant professor, and William Kalkhoff, Ph.D., professor, both in the Department of Sociology in the College of Arts and Sciences, are leading the research projects, which will benefit the Army, Kent State students and others.

“Neurosociology is a very theoretic field; very few people are actually doing empirical research within that area because they generally don’t have the tools to do it,” Kalkhoff explained. “So my dream was let’s stop talking about neurosociology and actually do it.”

Using the funding from the DOD, Kent State will soon have the tools to do exactly that. Construction is underway for a new VR lab that will join the department’s current behavior and electrophysiology labs. 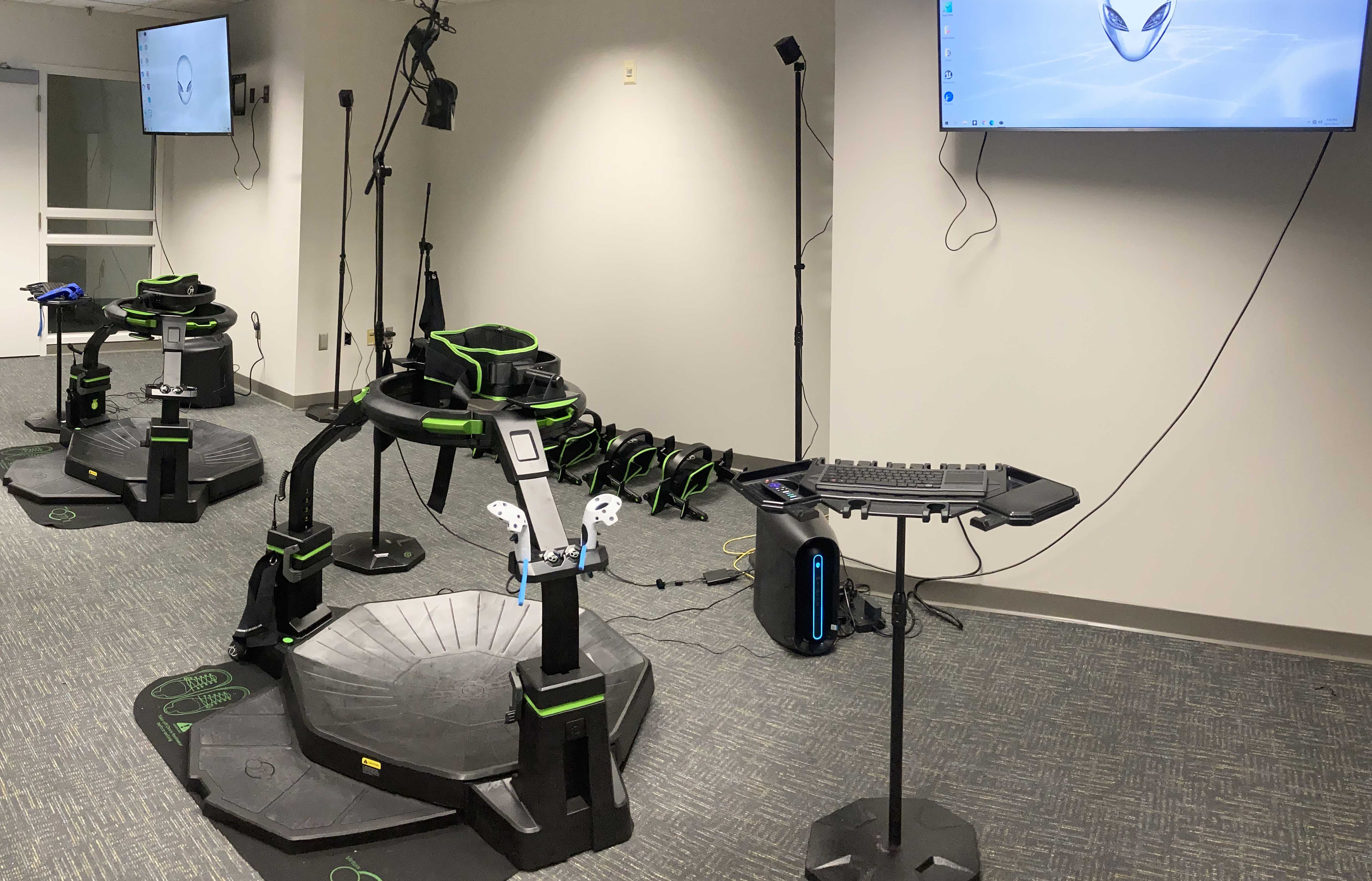 The VR lab will consist of two omnidirectional treadmills. When someone participates in VR research, they will be harnessed into the machine and walk freely in any direction while the machine tracks their steps to simulate a virtual reality.

“One of our goals is to test threatening environments where you basically have to be able to move around and interact,” Pollock said. “Basically, you can run and move any direction you want on the treadmill, and it makes your avatar in the virtual world move while you don’t. People will be able to interact with the world as much as they want while staying in one place.”

The VR lab will also consist of haptic gloves, technology that allows the user to feel pressure on their hands while interacting with the virtual world and replicates the feeling of touching objects. VR goggles will be used to track eye movements, allowing researchers to observe what exactly users are looking at and how they are processing the information around them.

“We will have millisecond precision in understanding how individuals will process a threat or process any part of the environment,” Pollock said. “If we want to simulate a live-action threat with an individual such as an officer in the Army, we have gun attachments to connect to the virtual reality that can mimic what they experience in combat.”

"Dr. Kalkhoff and Dr. Pollock are conducting research at the leading edge in social and behavioral sciences," Troyer said. "With Army funding, they are developing new ways to implement complex, challenging experiments through immersive virtual reality instrumentation. They have also gained new insights on the brain-behavior nexus through their research on neurodynamics of social action."

Pollock and Kalkhoff also believe that this technology could one day be the future of virtual learning. Using VR technology, students could attend remote classes while feeling like they are in a real classroom with fellow students and their professors, and the researchers are looking into technology that could make this a reality.

By using a machine that would scan an individual’s body and turn it into an exact replica of them as a virtual avatar, students could have their avatar created and have the ability to attend class through a virtual reality.

Kalkhoff explained that in the past, the department conducted a study using a “lost at sea” scenario to see how communication differed between participants coming to an agreement through in-person interaction, through the phone and through a video conferencing site. 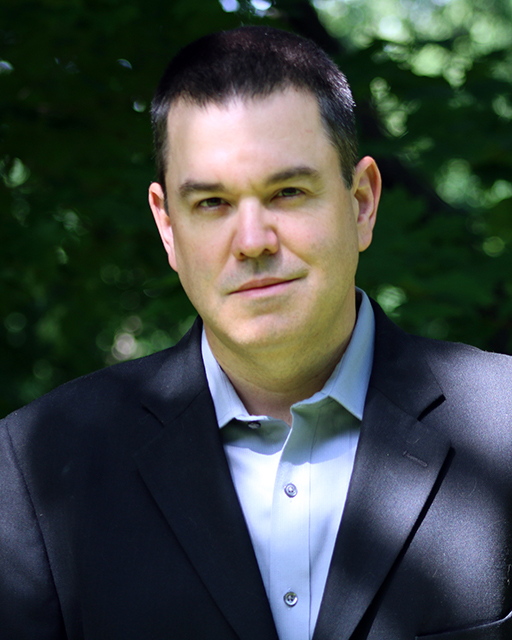 “What we found was that people felt the most connected when they were together doing this task,” Kalkhoff said. “The audio-only phone call and audiovisual were pretty much the same. What we want to do now is redo that task by bringing people into the lab, scanning them and putting them into a virtual environment where they can see each other and even feel like they can touch each other.”

Pollock and Kalkhoff hope to learn whether people process situations in VR environments in a similar manner to how they process face-to-face interactions in real life. The goal is to one day integrate VR technologies into everyday life, which could be a piece of the “new normal” during a future pandemic.

“Our goal is to find how we can overcome things like Zoom fatigue and touch starvation by creating these realistic 3D worlds where you aren’t this cartoonistic avatar; it really looks like you and your friends and you can transport yourself to anywhere in the world,” Kalkhoff said.

If the technology becomes affordable enough and research finds that these issues can be solved through the use of VR, universities could have a whole new tool for virtual learning during another potential pandemic.

“It’s not unreasonable to think that in the future if we had another pandemic, potentially instead of having students do online learning, they could purchase an affordable VR headset, log in and be in a classroom with their peers and teacher,” Pollock said.

Construction on the VR lab is expected to be done this year so research may begin as early as spring 2021.