While wearable technology is all the rage among high school and college-aged Americans, the average student may not know much about the science behind their high-tech apparel.

A grant from the National Science Foundation will help a Kent State physics professor make progress on both fronts.

Dr. Björn Lussem, an assistant professor of physics in Kent State’s College of Arts and Sciences, recently received a five-year $500,000 Faculty Early Career Development Award from the National Science Foundation (NSF). The award honors Lussem as one of the most promising up-and-coming researchers in his field and provides five years of laboratory research educational outreach. He’ll apply the funding toward advancing a little-understood piece of technology and helping students learn more about physics.

Lüssem studied electrical engineering at the RWTH Aachen (Germany) and the University of Bath and obtained his degree as Diplom-Ingenieur in 2003.He prepared his PhD thesis at the Research Center in Jülich, Germany in the field of molecular electronics. He joined Kent State in 2014.

The project, titled “The Working Mechanics of Organic Electrochemical Transistors,” focuses on microscopic- to miniature-sized sensors that can be used to interact with biological tissue.
“Transistors usually are just conducting electronic current. The nice thing about this is that it converts ionic current to electronic current," Lussem said. “In our bodies, it’s all ions. So if you want to interface electronics with the biology, you need this kind of transistor.”

Lussem said the highly-sensitive transistors could, for example, measure the amount of lactic acid in sweat, or even monitor electron excitation in the brain.

Lussem, one of few in the physics world studying the transistors, said he hopes he will be able to advance understanding and use of the technology.

“There is a standard model, but there are many contradictions with it, so many people think it doesn’t work very well,” he said. “But it does work well, up to a certain level. We want to show why it is working, but also find out how we can make it better.”

Lussem said components can be added to the basic transistor to make it more sensitive to certain biomolecules. With any luck, he added, they might even be printable on devices little more sophisticated than the average desktop printer.

An NSF Career grant also comes with an understanding that the researcher will use some of the funds to become a more proficient educator.

“When you’re teaching physics, it’s always been a linear kind of thing — A follows B follows C follows D, and that’s not how physics is,” he said. “And I think students get a completely wrong image of what it means to do physics in real life. It’s being wrong almost all of the time, and being right only about five percent of the time.” 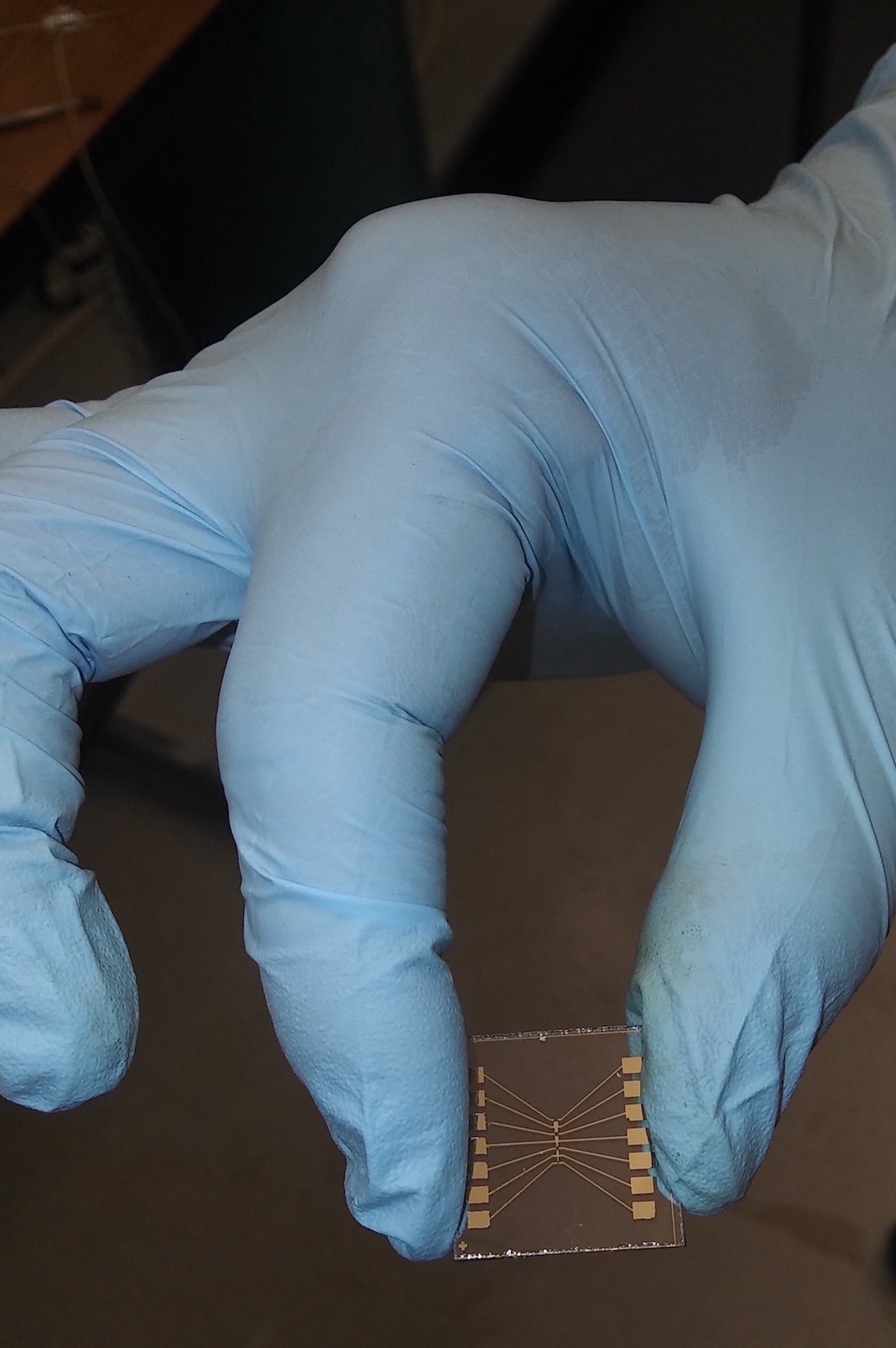 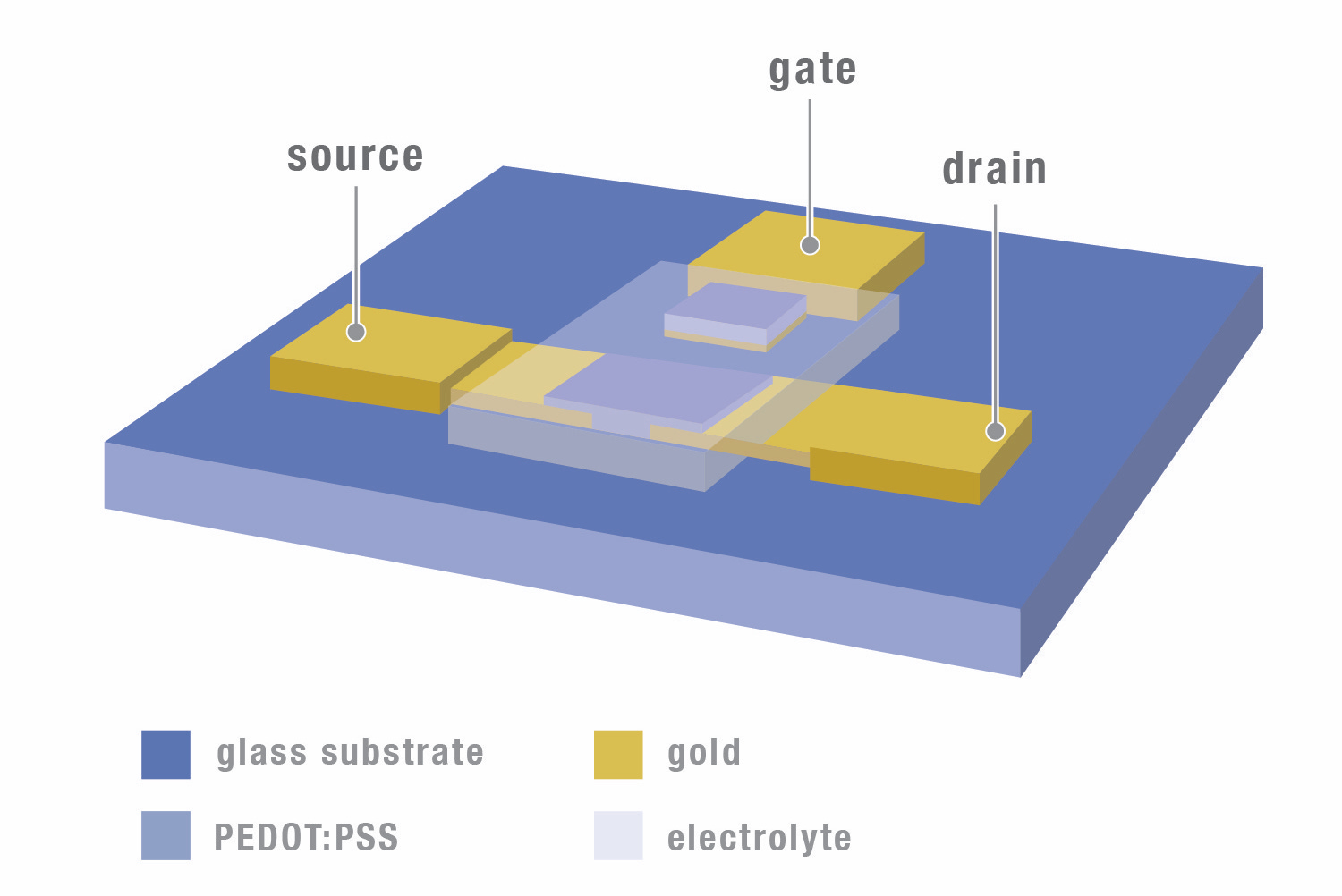 Lussem is working with Kent State’s School of Visual Communication and Design to create short stories and cartoons to illustrate the scientific process and the study of physics.
He said he plans to try the designs in classes at Kent State as well as reaching out to local high schools and even primary schools to test their applications there.

Photo Caption:
Kent state University assistant physics professor Björn Lussem holds one of the many types of organic transistors he studies in his lab.