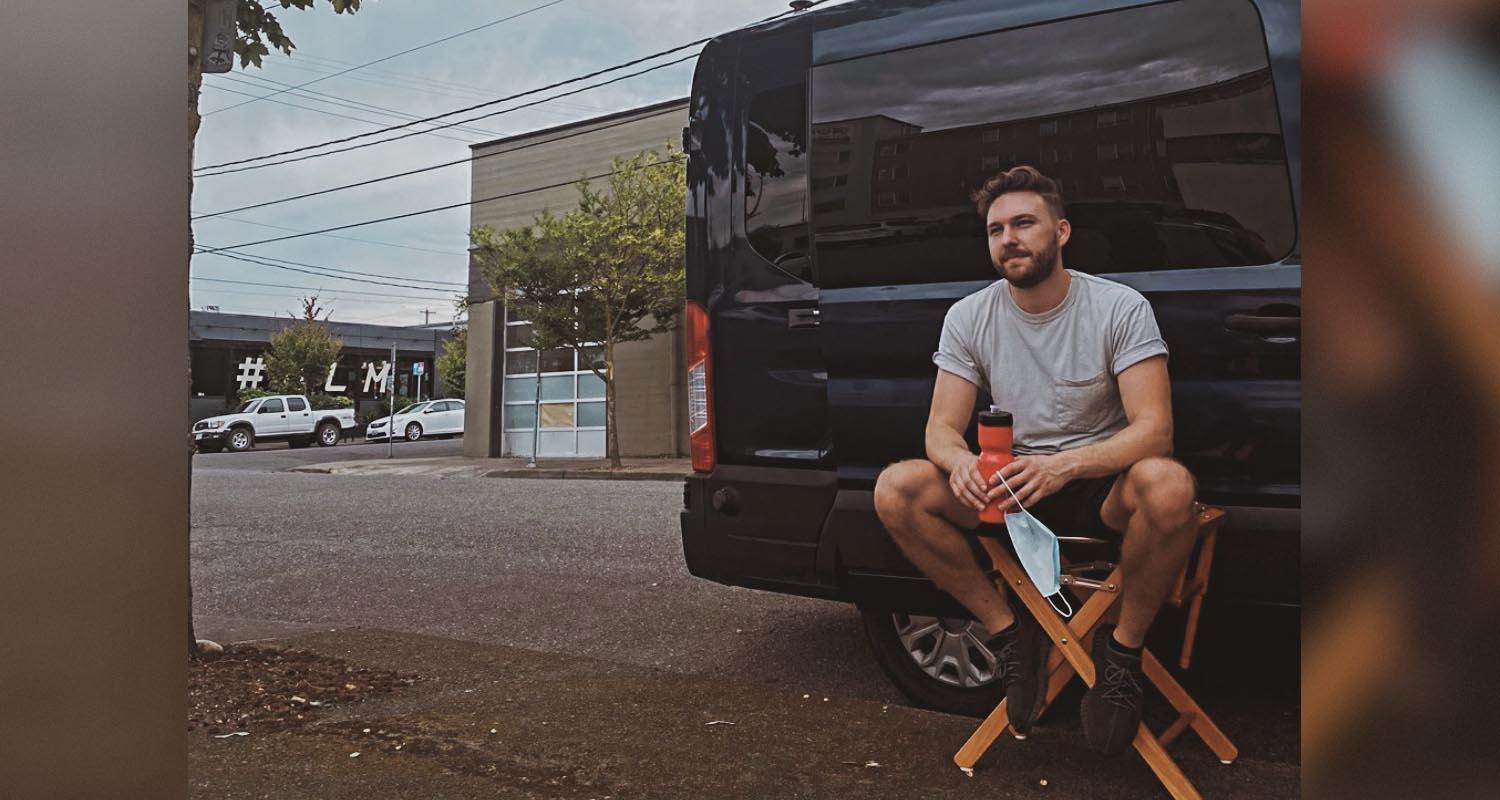 Less than 10 years ago, Tyler Pina was working on films at Kent State. Today, he’s an award-winning director in Los Angeles.

Tyler founded his production company, Neon Flamingo Films in 2017, while he was still working full time producing science and technology-related content for The Verge in San Francisco. At The Verge, he worked on several high-profile projects with NASA, Aston Martin and Volkswagen.

A turning point came when he was able to reunite with several fellow Kent State graduates in San Francisco to direct and produce the short film “88 Cents.” The film tells the stories of inmates’ lives, post-incarceration, highlighting the difficulty of reintegrating into society after leaving the prison system. In creating the film, Tyler hoped to draw attention to an often-overlooked issue.

“I think there is power in filmmaking; we can offer audiences a glimpse into the lives of people that many might not understand. As we learn about these people, we can begin to empathize with them, change our opinions of them and treat them differently.”

Over the course of a year-and-a-half from 2018-19, Tyler traveled the world with “88 Cents,” screening the short film at more than 70 international film festivals and winning 67 awards. While in France for the Cannes International Film Festival, widely regarded as one of the most prestigious festivals, Tyler decided it was time to make a move.

“While I was at the festival, I met a lot of really amazing Hollywood filmmakers and decided it was time for me to migrate south (to Los Angeles) from San Francisco so I could collaborate with them and work on some bigger-budget projects.”

Today, Tyler is based in Los Angeles, and “88 Cents” is now streaming on Amazon Prime. And despite challenges that arose from the COVID-19 pandemic, 2020 was one of his busiest years yet.

Tyler worked on multiple projects with Verizon including its 2021 Super Bowl Commercial. He also had the opportunity to work on two different shows that helped small business owners navigate challenges from the COVID-19 pandemic called “Women in Business” and the “Comeback Coach,” which he was very passionate about.

“I'm especially proud of this show because some of these businesses were literally on the verge of shutting down when we first met with them," he said. "They had faced impossible challenges, and, after our work with them as we filmed this series, they were all able to find incredible success with their business.”

He currently is focused on creating more scripted content and has two scripts in the works. He also just finished editing the movie trailers for Netflix’s Oscar-winning short film “Two Distant Strangers” which is a social justice take on Groundhog Day inspired by George Floyd’s murder.

He remains thankful for his Kent State experience.

“There are little things that I've learned from my classes that I still refer back to in my professional life. More importantly, it gave me experiences that have developed my leadership and filmmaking skills. I feel like I graduated not only with a degree, but also with four years of experience and a portfolio of work that was more diverse than many people at my age. That gave me the confidence to move across the country and pursue the work that I love.”