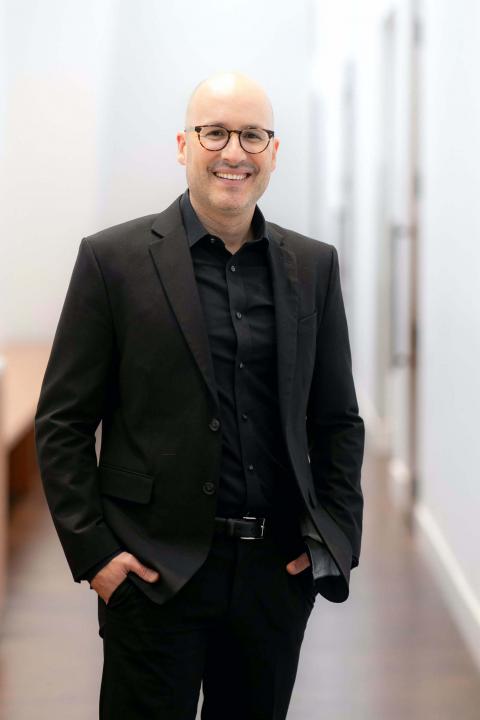 Benjamin Lorenzo is an associate professor of music and the Director of Bands at Kent State University's Glauser School of Music where he conducts the Wind Ensemble, teaches conducting, and provides leadership for university bands. Previously, he served as Associate Director of Bands and Director of Athletic Bands at the University of Arkansas where he led the Razorback Marching Band and Wind Symphony. Before this appointment, Lorenzo held positions at Oklahoma State and Texas Tech University. His teaching experience also includes high schools in Florida and Texas.

Passionate about wind bands in Latin America, Dr. Lorenzo has worked with musicians in Mexico, Panama, Peru, Colombia, and the Dominican Republic. He has also conducted bands in Kuala Lumpur and was a clinician for the Malaysian Band Directors Association Conducting Workshop. Additional experience abroad includes guest conducting the World Youth Wind Orchestra Project (WYWOP) in Schladming, Austria. Lorenzo remains active as an adjudicator, conductor, and clinician throughout the United States and has conducted professional ensembles such as the West Point Academy Band.

As an orchestrator, Lorenzo’s transcription of John Corigliano’s The Red Violin Chaconne, published by Boosey & Hawkes, received the composer’s praise and numerous performances from university and professional ensembles to date. In addition, he has arranged works for marching bands, wind ensembles, and the Dallas Winds. His writings on music are found in the Journal of Band Research, the WASBE Journal, and he has contributed to several volumes of the Teaching Music through Performance in Band series. He has presented sessions at the Texas Bandmasters Association, Midwest Band and Orchestra Clinic, College Band Directors National Association conferences, and several state music education conventions.

Committed to amplifying diverse voices,  Lorenzo serves on the advisory board of the Music Education Alliance, which sponsors the William P. Foster project, an initiative of CBDNA, Music For All, and the National Band Association, focused on supporting bands in historically underserved and under-resourced communities . Additionally, he chairs the Diversity Committee for CBDNA and is a member of Phi Beta Mu International Bandmasters Fraternity, Tau Beta Sigma National Honorary Band Service Sorority, and Kappa Kappa Psi National Honorary Band Fraternity.

Lorenzo holds the Doctor of Musical Arts and Master of Music degrees in Wind Conducting from The University of Texas at Austin under the tutelage of Jerry Junkin. He received a Bachelor of Music degree in Trombone Performance from Florida International University, studying with Mark Hetzler. A native of Havana, Cuba, he is a proud alumnus of Miami-Dade County Public Schools, where he began his teaching career.