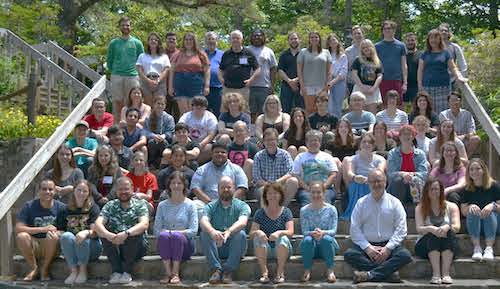 It’s been a busy 2021 for Danna Sundet, Kent State professor of oboe and alumna. Between performances and making recordings, running the John Mack Oboe Camp and starting a new venture on YouTube, Sundet has continued teaching a robust studio of young oboists at Kent State and pursuing outside projects despite the challenges posed by Covid-19.

When the pandemic effectively shut down live performances worldwide, many artists didn’t know how to move forward. “I had a ‘soul searching’ moment,” says Sundet. “My journey was to find any playing opportunities where I could foster my youthful magic of playing for the fun of it.”

And find them, she did.

Twice in May, Sundet and her Somerset Trio performed live on NPR-affiliate station WQLN’s Live from Studio Q—a program of Classics with Brian Hannah. Joining Sundet in the trio was fellow Erie Philharmonic member Mark Addleman on horn and fellow Kent State faculty members Hana Chu and Alexandre Marr (M.M. ‘21) on piano. Chu and Marr were filling in for the trio’s regular pianist Beth Etter. To hear the performances, head over to the WQLN website.

July took Sundet to Washington to perform at the Bellingham Festival of Music. Then, she joined Kent State alumnus John DiCesare, principal tubist of the Seattle Symphony, and pianist Nozomi Khudyev to premiere a new work by Cleveland-based composer Margi Griebling Haigh. The work, commissioned by Sundet and DiCesare, is titled “Cheburashka” for Oboe, Tuba and Piano. A recording is set to be released later this year.

Between her radio appearances and her trip to Washington, Sundet spent a week in North Carolina’s Blue Ridge Mountains as director of the John Mack Oboe Camp. Because of their 100% compliance with safety policies and precautions, the camp was allowed to run at 60% capacity and had 60 participants.

The primary goal of the weeklong camp was to let everyone just be musicians again. Sundet says they also wanted to create an environment “to make friends, to learn and begin our journey of personal healing.” It worked. “By the end of the week, I believe that we accomplished these goals, and we left with a renewed perspective, which was incredibly meaningful this year,” ​​says Sundet.

At the camp, Sundet was joined on the faculty by Scott Hostetler (Chicago Symphony), Andria Hoy (archivist for The Cleveland Orchestra), Robert Driscoll (Opus 1 Gouger), 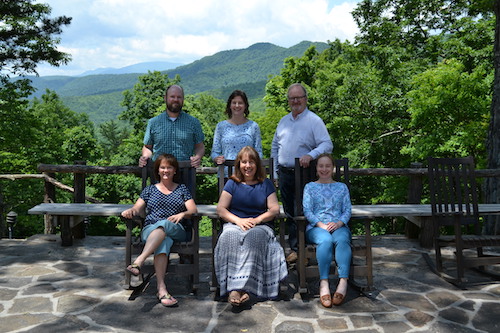 It was also in North Carolina that she recorded an episode for YouTube channel the Oboe Doctors, co-hosted with Robin Driscoll. Together, Sundet and Driscoll dive into all things oboe with recent episodes focused on reed making and instrument care. They work with producers Dan and Dave Harnden.

“It is a huge learning curve for me with the filming aspect of things,” says Sundet. “We have so much fun with our topics! I’m incredibly honored to be part of the team because educational YouTube videos are now where most people get answers to daily questions.”

Along with performing and creating YouTube how-tos, Sundet has continued to be asked to adjudicate competitions. In February, she was a judge for the 2021 Sphinx Orchestral Partnership Competition. More recently, she was a judge for the 2021-22 Ohio Music Education Association’s All-State Band auditions. She’ll return as a rehearsal coach in early 2022 when the band meets to prepare for its performance during the annual Professional Development Conference.

As for the rest of 2021, she has several projects lined up, including being asked to perform in a 20th-anniversary commemoration of the Sept. 11, 2001 New York and Washington D.C. attacks. That performance will be in Cleveland’s Trinity Cathedral and is a collaboration with organist Todd Wilson. In November, she travels to Bowling Green State University in Ohio to lead a masterclass and perform with Nermis Mieses, professor of oboe at BGSU.

Throughout the past year, Sundet strove to serve as a model for music students and encouraged them to keep pursuing their goals in the face of the continued global pandemic.

“We can’t allow fear to paralyze our emotions or interrupt meaningful goals,” says Sundet. “By working hard, seeking and speaking truth in every situation, and by being responsible, life can unfold in wonderful, unexpected ways—even during a global crisis.”