Kent State University is merging research with global connections in the Global Understanding Research Initiative (GURI). The recently displayed “We the People” and the upcoming “Import/Export” exhibition provide cultural kaleidoscopes with local and international reflectors.

GURI is led by Kent State Professor of French translation and Director of the Institute for Applied Linguistics Françoise Massardier-Kenney, Ph.D., from the department of Modern & Classical Languages and Paul Haridakis, Ph.D., interim director of the School of Communication Studies. The initiative is an interdisciplinary look into how people and culture move across national borders.

“The intent is to increase understanding as to what it means to build contact with people whose cultures are different from yours and to appreciate that point of view,” Massardier-Kenney said.

Massardier-Kenney spearheaded the “We the People” exhibit that was showcased on Kent State’s campus in the fall of 2019 and in downtown Cuyahoga Falls this past fall. The exhibit featured 25 panel photographs of refugees living within the Northeastern Ohio region. The photos, shot by photographer Erin LaBelle, were accompanied with a short bio and statement.

“It’s important to show everyone who their neighbors are,” Massardier-Kenney said. “The U.S. was built on different waves of immigration. The display makes people think about why people come to the U.S. and what they struggle against and reminds them of the enormous contribution of refugees.”

Massardier-Kenney said the refugee partners were pleased to participate and happy to see their contributions displayed on the campus. There was a large turnout of refugee communities and others at the exhibits.

“Quite a few people from the community came to see the exhibit,” Massardier-Kenney said. “They came with their neighbors. Each person in the portraits received copies of the professional photographs to keep.” 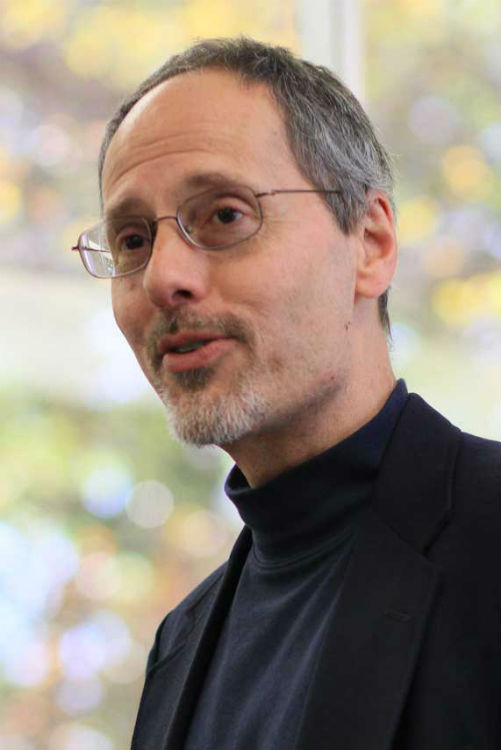 The “We the People” exhibit finished its run in Cuyahoga Falls on December 7. But GURI has continued the theme of global understanding with the upcoming project “Import/Export.”

The “Import/Export” project, set to be displayed April 5th, consists of 25 images that were selected by juror Dawit Petros, visual artist and professor of photography at the School of the Art Institute of Chicago. Submissions came in from around the world through an international open call.

In every piece of art, the artist reflects on the way the process of importing and exporting has affected their communities. Diverse ideas are relayed through varying styles of art that will be stretched over metal frames and displayed across campus, similar to the “We the People” format. 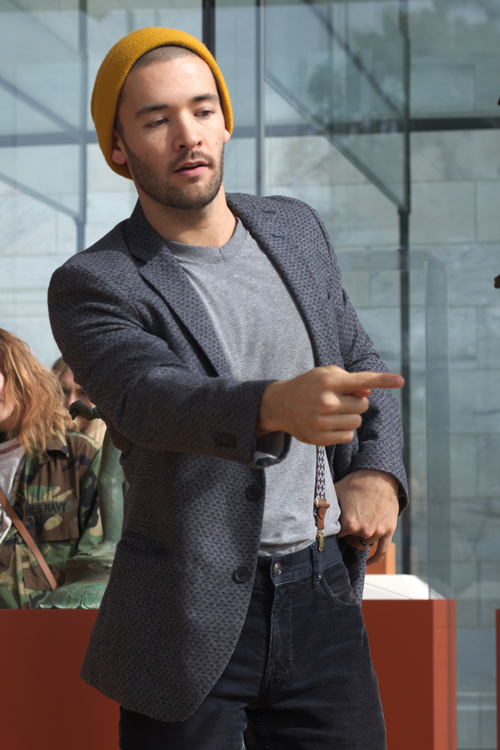 “The ‘Import/Export’ idea is not just about the shipment of goods or the movement of people,” said Joseph Underwood, Ph.D, assistant professor in the School of Art, “it’s an invitation to think about the way things, people, ideas and philosophies are moving across borders, and how they move in the 21st century.”

Underwood collaborated with J. Leigh Garcia, assistant professor of print media and photography in the School of Art, in creating the project and choosing the theme as the co-curators.

“It’s pretty relevant politically, with borders being shut down and walls being built,” Underwood said. “Even with COVID, it’s a health crisis in which people cannot move.”

J. Leigh Garcia studies the movement of capital between Latin American countries and the United States and the resulting inequities. Garcia believes the “Import/Export” project is very much in line with GURI’s cultural understanding initiative.

“The movement of culture is an interesting theme of this project,” Garcia said. “It is very open ended, the theme can be interpreted in many different ways.” 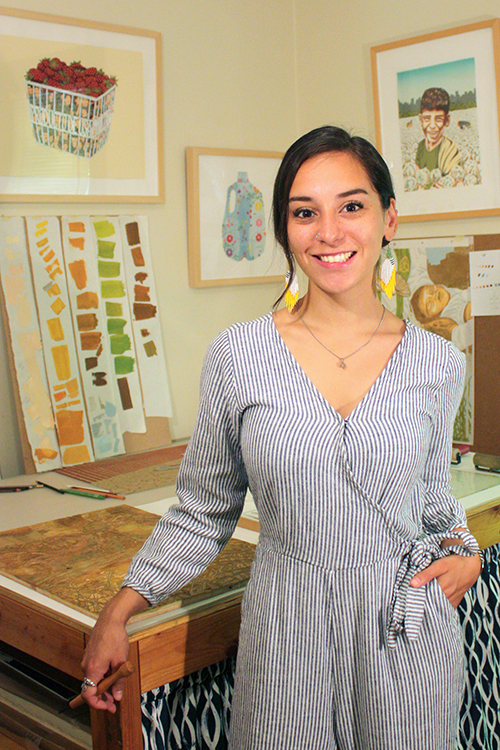 More than 100 works were submitted and the 25 that were chosen represent 30 different nationalities. Underwood explained that many artists come from multiple backgrounds of culture, and their work represents ideas of multiculturalism.

“Some of the artists are multiple nationalities, it’s not necessarily always ‘I represent Mexico,’ or ‘I represent Iran’ it can be ‘I’m American and Belarusian.’ There is an in-betweenness,” Underwood said. “Even people don’t fit in those really rigid boundaries of nation states.”

Underwood says he hopes the large-panel outdoor exhibit will become a biennial project with a changing theme each season.

GURI supports research for faculty of many backgrounds and areas of study, education, business, aeronautics, communication and public health to name a few. The research is not strictly limited to classical science research.

“It is open to anyone who is interested in global understanding,” Massardier-Kenney said. “There are some studies that are scientific with a hypothesis that is tested but there is also a strong commitment to taking the research out of a very narrow academic circle and having it lead to a broader understanding.”

Underwood expressed the importance of connecting researchers across disciplines to gain global understanding.

“In terms of global understanding it’s not limited to any one field of study,” Underwood said, “it’s about drawing connections in a transnational and transglobal fashion and asking ‘how do we as researchers address these issues?’”

Taking a Deep Dive Into the Utilization of Oceanic Sediments
Read Between the Lines: Kent State Musicology Professor Looks Deeper Into the Life of Beethoven
Alcohol Consumption Increases During Pandemic
Division of Research & Sponsored Programs