In early February, scientists reported the hottest temperature on record in Antarctica: 65 degrees Fahrenheit. Studies show climate change is disproportionately affecting the poles, warming them faster than anywhere else on Earth, and raising questions about what kinds of changes we can expect in arctic ecosystems as temperatures rise. 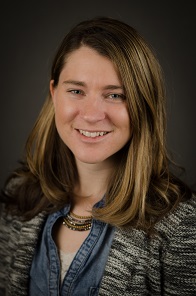 A Kent State University biologist has teamed up with some colleagues in an inter-institutional effort to answer some of those questions.

Lauren Kinsman-Costello, assistant professor of biological sciences in the College of Arts and Sciences, will spend the next three years studying the effects of thawing permafrost on plant life, soil conditions, and atmosphere in the arctic circle.

"There's carbon dioxide in the atmosphere, carbon on the Earth, and a lot of that carbon is stored in the soil," she said. "As much as half or more of that is stored in that permafrost soil in the arctic. It doesn't cover a lot of land area for the amount of carbon that it stores."

Permafrost soils are those which are frozen for at least two straight years. When they thaw, the carbon released from the soil is consumed by bacteria and converted to carbon-dioxide, a primary pollutant contributing to climate change. So, as climate change causes the permafrost to thaw, it can create a self-perpetuating cycle.

"What people are wondering is, if all of the permafrost soil thaws, a lot of carbon might end up in the atmosphere," Kinsman-Costello said. "But at the same time, if it's warmer, won't there be more plants growing in that soil, and won't those plants be bigger? And as plants grow, they take carbon dioxide out of the air and store it in their biomass. Will plant growth offset what's called the permafrost carbon feedback when the permafrost thaws?"

"Every living thing needs phosphorus, but up in the arctic, where there isn't an excess of phosphorus contributed by humans, it's very low in phosphorus," she said. The element naturally comes from rocks at extremely slow rates, but scientists don't yet know how altered ecosystems will alter the amount of phosphorus available for plants.

Kinsman-Costello said phosphorus use also depends upon the iron content in the soil. And while scientists, including Kinsman-Costello and her collaborators, have recently shown that arctic soils are rich in iron, that's not the only piece to the puzzle.  Phosphate use depends upon what form the iron takes. Phosphate ions stick very naturally to oxidized iron in soils, which sometimes looks like a red, solid powdery substance resembling rust. 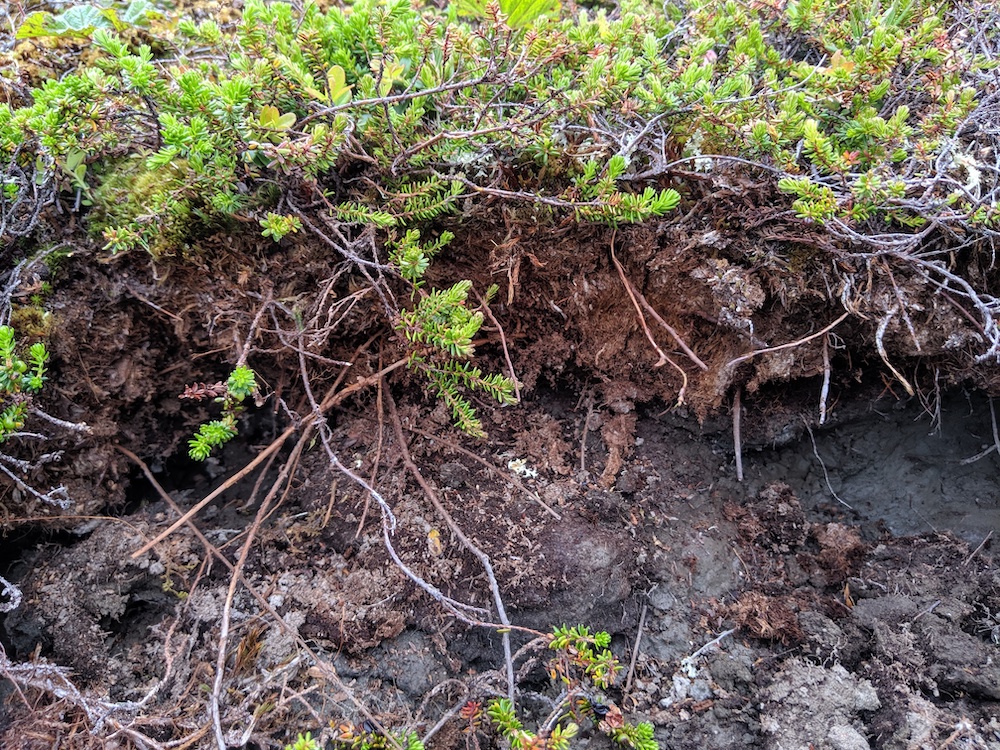 In very wet soils, though, oxygen is used faster than it is replaced, and the iron oxide that results from this process is breathed by microbes in the soil, and thereby converted to into a dissolved form of iron to which phosphate ions will not bind.

Kinsman-Costello said the team will take a short trip to Alaska in summer of 2020 to pick their research sites at the Toolik Field Station near Fairbanks. Intensive research at the site will begin there next year.

Return to May 2020 Newsletter