The first rubber condoms were manufactured in 1838. Along with abstinence, they would remain the only effective and widely available means of male contraception until the vasectomy became a common procedure in the mid 20th century. 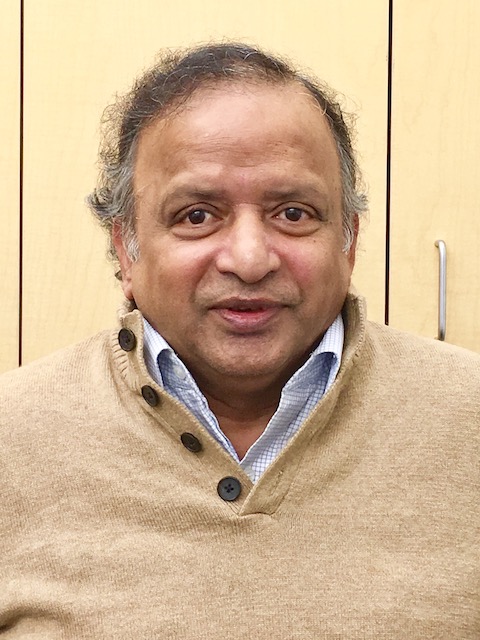 Since then all contraceptives have focused on the female reproductive tract, with varying results, complications, and controversies.

Now a team of Kent State University researchers has proposed a new method of contraception that may soon be accessible for both men and women, with an emphasis on inhibiting sperm fertility.

Souvik Dey and Alaa Eisa are graduate students in the laboratory of Srinivasan Vijayaraghavan, Ph.D., professor of Biological Sciences in Kent State's College of Arts and Sciences. Their paper, "Roles of glycogen synthase kinase 3 alpha and calcineurin in regulating the ability of sperm to fertilize eggs," recently published in The Journal of the Federation of American Societies for Experimental Biology (FASEB Journal), shows how drugs inhibiting calcineurin or glycogen synthase kinase 3 (GSK3 alpha) can interfere effectively with the reproductive process.

"Our lab has been working on signaling mechanisms, proteins, involved in epididymal sperm maturation," said Vijayaraghavan. The epididymis is a long coiled tubule between the testes and urethra present in mammals. "There are two enzymes: one is called GSK-3 alpha, the other is called calcineurin, both essential for sperm maturation in the epididymis."

Calcineurin is present in the brain and has a role in immune response. Calcineurin inhibitors are used at relatively high concentrations in patients to stop the body from rejecting transplanted organs.

"But it turns out that sperm have their own version of calcineurin," Vijayaraghavan said. "If you take this out in sperm, mice become infertile." Indeed, researchers in Japan found that a drug (FK506) designed to block calcineurin, when injected into mice, results in infertility due to impaired sperm maturation in the epididymis. Data in the new paper from Kent State shows that the drug, at very low concentration, also inhibits sperm during fertilization of eggs.

The other enzyme, GSK-3, is present in all mammals, and has been a focus for researchers studying potential treatments for Alzheimer's disease, diabetes, inflammatory cancers, and even bipolar disorder. Most inhibitory drugs target both isoforms of GSK-3, alpha and beta. GSK-3 alpha is highly conserved in mammalian sperm, and plays a role in sperm maturation in the epididymis. Researchers in MIT have now developed a drug (BRD0705) which specifically targets GSK-3 alpha without affecting GSK-3 beta.

Vijayaraghavan has studied sperm motility — the process by which sperm become active and capable of reaching and fertilizing the female egg — for more than 20 years. He said his recent research has shown that sperm are activated once in the epididymis, and then hyperactivated in the female reproductive tract, where they take on a whiplash motion that allows them to penetrate the egg's outer surface.   "It's like going to a lower gear with more power output, so that it will push through into the egg," he said. Dey and Eisa found that drugs inhibiting calcineurin and GSK-3 alpha both prevented the sperm from hyperactivating, thus greatly reduced the rate of fertilization, and achieved this in exactly the same ways.

The team has since secured a provisional patent to develop contraceptive methods using the inhibitory drugs (FK506 and BRD0705) either alone or in combination. Dey said once they are able to replicate the results of mouse models in human sperm, the next step is to determine the proper concentrations that could be used to impair sperm function in non-human primates.

Once that has been determined, Vijayaraghavan said, the contraceptives could take the form of an injection in males to stop sperm maturation in the epididymis or a contraceptive vaginal ring targeting sperm in the female reproductive tract.

Return to May 2020 Newsletter