Even though it reaches deep into human history, hazing remains a puzzling behavior for social scientists. Why would people systematically abuse their own future allies by making them participate in extremely unpleasant group initiation practices?

For colleges and universities, hazing has been a pressing safety issue for decades, so much so that Ohio recently passed a revised anti-hazing law. For fraternities in particular, hazing practices can include intense calisthenics, servile labor, heavy intoxication, paddling and other ordeals. Although acknowledging that there are instances of hazing that have gone too far, some fraternity members believe that hazing rituals are necessary and important. They commonly say that it helps to develop group solidarity (e.g., a sense of belonging and dedication).

Historically, many anthropologists and other social scientists have also broadly endorsed the idea that hazing creates group solidarity. But does it? How does one even scientifically study such a claim? Most real-world hazing groups do not allow outsiders to observe their practices, let alone systematically study their outcomes. 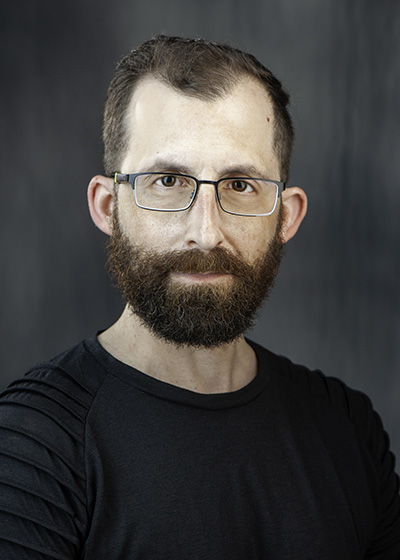 Kent State University’s newest anthropologist, Assistant Professor Aldo Cimino, Ph.D., has made it his life’s work to understand the causes and consequences of hazing, including the possible generation of solidarity. He and his co-author, Benjamin Thomas, Ph.D., an industrial and organizational psychologist at the University of Texas at Austin, recently published an article on this question in the journal Evolution and Human Behavior. Their study reports an extremely rare field test of the relationship between hazing severity and group solidarity in an anonymous U.S. fraternity. (Note: It was not a Kent State fraternity.) They tracked six sets of fraternity inductees as they underwent the fraternity’s monthslong induction process. The results of their study contradict decades of functionalist accounts of severe initiations.

“Our results provide little support for common models of solidarity and suggest that hazing may not be the social glue it has long been assumed to be,” Cimino said.

About the Study
For Cimino, seriously evaluating the claim that hazing increased solidarity required a longitudinal study (a study done over time) and extended research access to a real-world hazing group.

“Getting this level of access to a hazing fraternity is practically unheard of,” Cimino said. “My ultimate success at doing so was likely a combination of perseverance, luck and what I represented to the fraternity. That is, my primary goal was and is to understand these practices. When outsiders come to talk to fraternities about their initiation process, they are typically there to scold or lecture them. In contrast, people willing to take them seriously and work toward an objective understanding are comparatively few and far between.”

The researchers had separate measures of the harshness and fun of the induction because fraternity inductions are complex and not everything that takes place is hazing. Inductees may also experience all manner of enjoyable, non-hazing activities, like going to parties or learning about the history of the chapter.

“In our data, what appeared to be driving solidarity was having fun,” Cimino said. “Over time, inductees were definitely getting closer to one another and the chapter, but the harsh part of the induction – the hazing part – didn’t appear to be contributing much to that effect. What that implies is that people’s intuitive theories about what hazing accomplishes may be wrong. It also suggests that if hazing has a functional group outcome (a useful purpose), it might not ultimately be solidarity. It might be something else.”

One alternative function Cimino pointed out was the idea that hazing might select out less-committed inductees.

Cimino’s Journey Toward a Scientific Understanding of Hazing
Previously a lecturer at the University of California, Santa Barbara, where he earned his doctorate, Cimino joined Kent State’s Department of Anthropology, in the College of Arts and Sciences, in 2021. He teaches Introduction to Cultural Anthropology, Psychological Anthropology, Medical Anthropology and Religion: A Search for Meaning. He has been studying hazing since the latter half of his undergraduate years, when he did an honors thesis on severe initiations. He decided to continue that work in graduate school.

Cimino initially became interested in hazing when he was looking into research on cognitive dissonance. Cognitive dissonance is the discomfort that results from holding two conflicting beliefs, values or attitudes. One of the most famous studies on hazing was investigating the role that cognitive dissonance might play in the experience of being hazed. The idea was that because hazing ordeals are very unpleasant, enduring such ordeals should be dissonant (i.e., inconsistent) with recognizing that aspects of the hazing group are suboptimal and not worth the effort. People who are hazed may resolve that dissonance by deciding that they like the group more than they would have otherwise, thus internally justifying their own effort.

“I found the explanation unsatisfying,” Cimino said. “It didn’t seem like a plausible, strong contributor to the genesis or persistence of a massive cross-cultural phenomenon like hazing. But I also knew that my intuitions had little value from a scientific perspective and I needed to do research.”

Cimino started reading the relevant academic literature and found a great many observations, speculations and theoretical perspectives but little in the way of well-established and replicated scientific findings. He decided to try to change that fact.

What’s Next?
“The first thing to know is that this study is not the final word on the solidarity question,” Cimino said. “We cannot simultaneously note that our study is a rare contribution while also treating it as closing the book. In science, you usually need a lot of studies to triangulate in on the truth. So, as hard as doing this kind of work is, there will need to be replications, and I’m hoping that myself and others will have an opportunity to do that.

“For fraternity advisors, Greek life administrators and other relevant stakeholders, it is important to keep this study in proper perspective,” Cimino continued. “I think an idea that some people will have is to take our results and use them to tell fraternities that they should just replace hazing with bowling or something else that seems nominally ‘fun.’ However, for fraternities and other groups, hazing practices have long coexisted with non-hazing practices, and they likely have differing motivations. Further, for many fraternities, hazing appears to have a kind of central importance that would make such suggestions bizarre and unlikely to be heeded. Ultimately, more research is needed.”

To learn more about Cimino and Kent State’s Department of Anthropology, visit www.kent.edu/anthropology.

Kent State is ranked as an R1 research institution by the Carnegie Classification of Institutions of Higher Education, which is the highest recognition that doctoral universities can receive, affirming Kent State’s place as a top-tier research institution along with Yale, Harvard and the University of California-Berkeley.