A routine research trip to Italy turned into the archaeological discovery of a lifetime for a Kent State University Classics professor this summer. 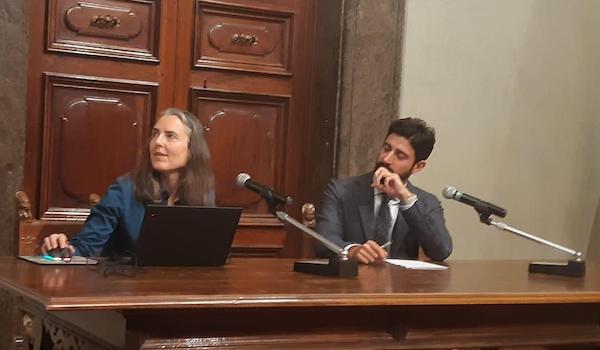 Sarah Harvey, Ph.D., Professor of Classics in the Department of Modern and Classical Language Studies in Kent State’s College of Arts and Sciences, said the burial site she helped to uncover in the central Italian region of Umbria raises questions about ancient Umbrian identity and external influences.

The necropolis — a “city” of burials — is located near the western limit of the Umbrian territory, not far from the Tiber River.

“The culture there is a different language group, the Umbrian culture,” she said. “They were influenced and sometimes even controlled by the Etruscans, but they are a separate culture.”

The Etruscans were an Iron Age people who controlled much of western and north-central Italy, from the Mediterranean coast to as far east as Venice and the Adriatic Sea and as far north as Mantua, reaching their peak in the sixth century BCE, before being overtaken by the Romans.

Harvey joined two Italian colleagues over the summer for the excavation of the necropolis, located near the city of Montecchio on sloping terrain adjacent to a seasonal tributary of the Tiber. The site was first discovered and excavated by the Italian archaeologist Domenico Golini in 1855. Since then, about 50 tombs have been uncovered by the Italian authorities and by tombaroli, a group of clandestine modern-age tomb-raiders.

“There is a lot of nice pottery and metal artifacts that can be discovered in an Etruscan tomb, so they’re often the subject of those kinds of illicit digs,” Harvey said.

A typical tomb at this particular necropolis consists of either one or two rooms carved directly natural sedimentary stone, which are thought to resemble Iron Age domestic architecture, accessed through an open-air access hall called a dromos. The tombs have either flat, arched, or pointed roofs. The first chamber has two raised benches carved into the rock, where the bodies are laid to rest.

In 2017, Harvey’s colleagues discovered another typical chamber tomb, and returned this year to search for more. Digging in a field adjacent to the main necropolis, they did indeed uncover another tomb — unlike any yet discovered.

“We found this really remarkable tomb constructed out of travertine stone blocks, squared blocks, rather than carved into the natural bedrock,” she said. The tomb also included three stone slabs, one of which may have been used to close the door, and another which Harvey said
may have been an altar repurposed as a bench where the corpse was laid to rest. 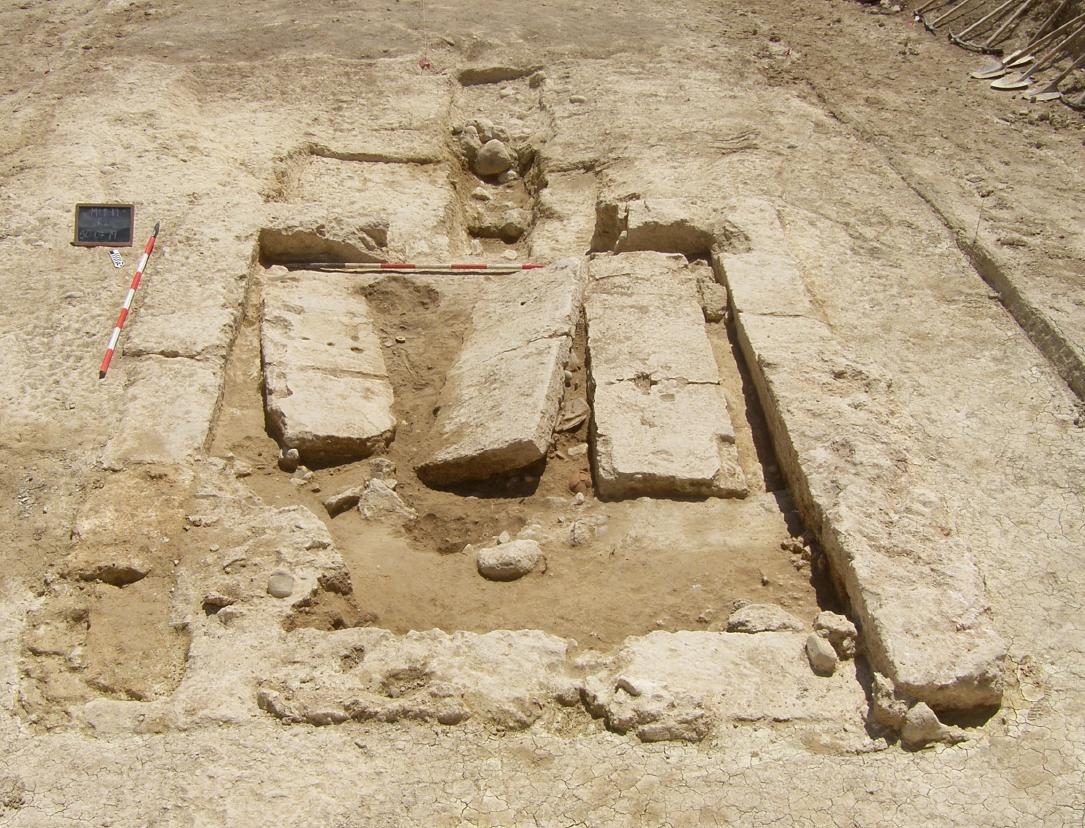 “The really interesting thing is that the one bench had some carvings on it, little cup-shaped marks and grooves, which some Etruscan altars have,” she said. But the interesting details don’t end there. “There may have been a sacrifice involved.”

Along with the skeletal remains (which preliminary analysis suggest may consist of an adult male, a younger adult female, and a child aged five to six), Harvey said the tomb included a wealth of artifacts: painted pottery, imported Greek pottery, a cache of iron weapons — including iron knives, a spear point, what may have been a special type of dagger seen at other burial sites — a gold ring with a type of fantastical animal image on it, several metal artifacts, and what may be the head of a ceremonial scepter. Near the iron weapons, Harvey said, they also found sheep bones and burn marks.

​​​​​​​“The thing is that there’s nothing like this tomb in Umbria, and the only analogies we found that might fit are from Etruscan sites,” Harvey said. “So, we think this may have been during the period when they were being influenced and controlled by the Etruscans, or somebody prominent was coming into the area and wanted to make a statement, having this entirely different style of tomb. We just don’t know.”

Harvey said the team continues to process the artifacts, while she intends to pursue funding for the $14,000 cost of conservation and restoration. Harvey said she will work with her colleague, through the University of Perugia to bring Kent State students back to the area in Summer of 2020 to search for more tomb sites, and even adjacent sites where the people buried in these necropolis sites may have lived.

“We want to see if there’s anything else like this, or if it’s an isolated example. And then to work on a plateau to the northwest, where they’ve done some survey work and found some evidence of not only the Iron Age, but also Roman period, which you get none of in the necropolis,” Harvey said. “This plateau is the most likely candidate for a settlement area, so that would be great to find. Then we might then have found a previously unknown Roman period site, which would be really exciting, because that’s more my training, Roman archaeology.”