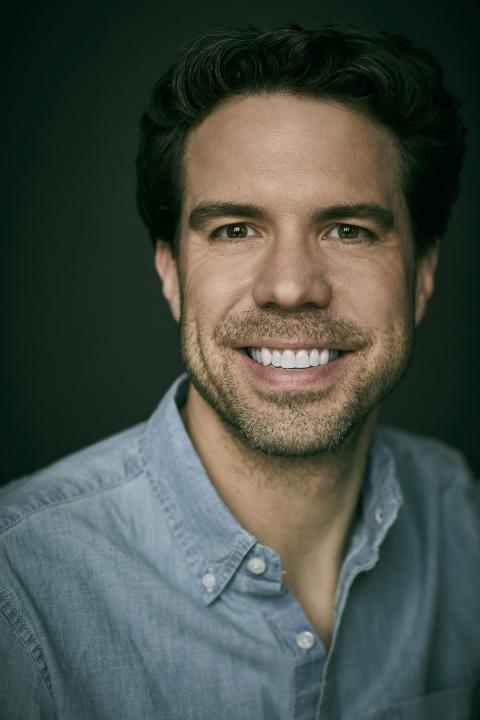 Professor Hurley has worked as a professional actor for over 20 years, and teaches acting and movement in the School of Theatre and Dance. He earned his MFA in Acting from the University of Delaware’s Professional Theatre Training Program and his BA from Lawrence University in Appleton, Wisconsin.

He has been a member of Actors’ Equity Association for more than 15 years, and has performed leading roles at theatres throughout the country, including the Chicago Shakespeare Theater, Great Lakes Theater, Utah Shakespeare Festival, Ohio Shakespeare Festival, New York Classical Theatre, Milwaukee Repertory Theatre, Idaho Shakespeare Festival, Shakespeare Festival St. Louis, Delaware Theatre Company, Notre Dame Shakespeare Festival, Madison Repertory Theatre, Remy Bumppo Theatre Company, Resident Ensemble Players, Renaissance Theaterworks, Next Act Theatre, Door Shakespeare, Milwaukee Shakespeare, Children’s Theatre Company, and he was a member of the company for seven seasons with the American Players Theatre. Favorite roles include, Angels in America (Louis), The Cure at Troy (Neoptolemus), The Taming of the Shrew (Petruchio), Romeo and Juliet (Romeo), The Circle (Arnold), The Two Gentlemen of Verona (Proteus), Constellations (Roland), Much Ado About Nothing (Benedick), and The Importance of Being Earnest (John Worthing). Film credits include Cha Cha Real Smooth staring Dakota Johnson and Leslie Mann (winner of the 2022 Sundance Audience Award) and the independent film Not Nothing (which premiered in 2021 at film festivals around the world), as well as commercials for television, print, and the internet.

Throughout the pandemic he has been a part of a highly unique international collaboration of artists and scholars performing Greek tragedy in virtual productions. The project is a partnership between Out of Chaos Theatre (in the UK), the Center for Hellenic Studies, and the Kosmos society, and actors and scholars from the UK, US, Canada, Mexico, Greece, Australia, France, Cyprus, and India have taken part in this global collaboration.

He is a National Michael Chekhov Association Certified Teacher, as well as a certified teacher of the Meisner Technique. Part of Professor Hurley’s research involves creating new and unexplored intersections and synergies between the Chekhov Technique and other acting/movement methodologies (including Meisner, Laban, and the work of Étienne Decroux), as well as expanding this technique into virtual performance spaces and learning environments.

He regularly presents innovative research and material at national conferences (including ATHE, MATC, and SETC) that reconsiders traditional acting theories.