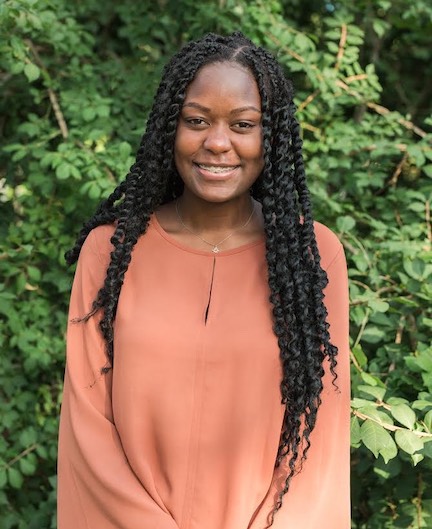 Jada Miles is a senior public relations major with a minor in marketing from Canton, Ohio. This is Jada’s second semester at Flash Communications, she is excited to share stories about Kent State University and work with her peers. Currently, Jada serves as the President for the Kent State Chapter PRSSA. Jada also represents the College of Communication and Information as a CCI ambassador where she speaks to prospective students, underclassmen and is part of the Diversity Committee. Previously, Jada has served as the Special Event Coordinator for PRSSA Kent the Vice President and the Director of Public Relations for the Kent State Chapter of NABJ where she learned valuable leadership skills. After graduation, Jada hopes to move out of Ohio and work in entertainment or corporate public relations. 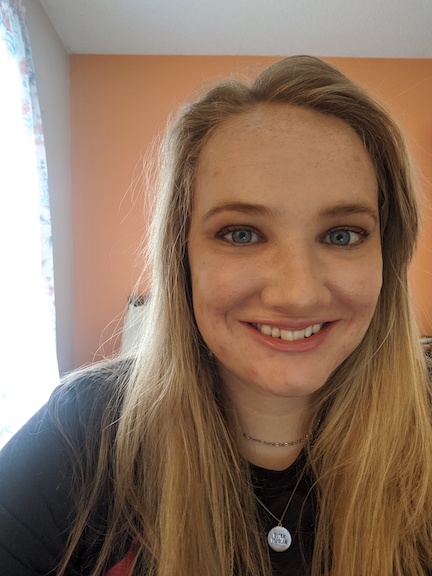 Colleen Carroll is a senior journalism student with a minor in biology from Akron, Ohio. This is Colleen’s first semester at Flash Communications, she is interested in writing science-based stories and excited to cover new research projects on campus. Colleen has written stories for the Kent Stater as well as served as an editor and writer for Kent State’s Fusion magazine. Colleen also worked as an intern writer for Akron’s community-owned magazine, The Devil Strip. After graduation Colleen plans to travel and find work writing for a science publication. 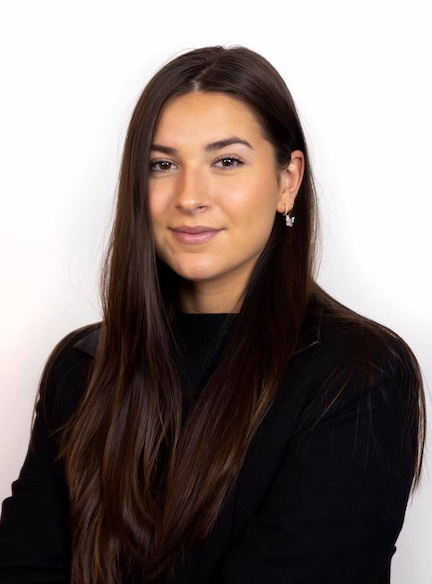 Ellie Dundics is a senior double majoring in public relations and digital sciences from Youngstown, Ohio. This is Ellie’s first semester at Flash Communications, and she is looking forward to expressing some of her creativity through her writing. Ellie currently works for ms consultants, an engineering and architecture firm, as a communications and marketing intern. Through this, she produces daily social media posts, bi-weekly blogs and press releases and graphic design help. Previously, Ellie worked as a product manager and social media intern at a website development agency where she helped build the websites of artists from RCA Records, Sony Entertainment, and Disney. Ellie’s goal is to generate as many skills as possible during her career as a student to help her become a highly attentive and well-rounded product manager. 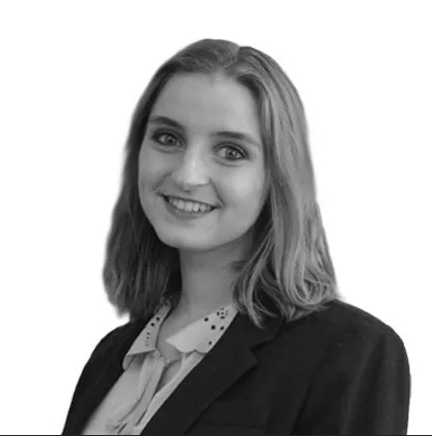 Hannah Gooch is a senior public relations major with a minor in marketing from Medina, Ohio. This is Hannah’s first semester working at Flash Communications following communications and marketing internships at Health Action Council in Independence and North Coast Media in Cleveland. Hannah now works as a freelance ad creator for North Coast Media. Hannah joined Flash Communications to continue networking in the public relations field while building her professional portfolio. Previously, she worked as a social media strategist with Kent State’s online student newspaper KentWired, as well as a reporter for the Kent Stater. After graduation, Hannah plans to take on a digital public relations and content marketing job in a corporate environment. 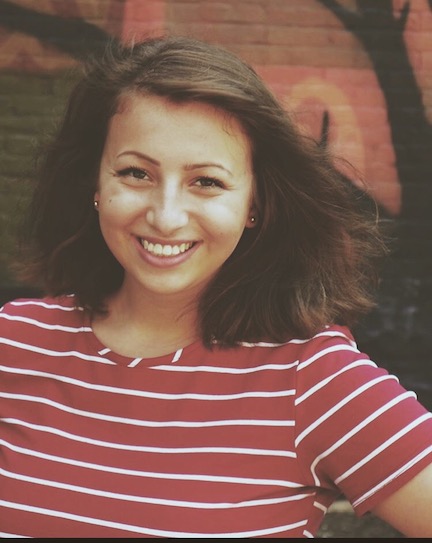 Theresa Lovrak is a junior public relations major from Louisville, Ohio. This is Theresa’s first semester at Flash Communications. She looks forward to improving her writing and interview skills. She is excited to improve her promotional writing as well. Theresa previously wrote for the Kent Stater and worked as a social media consultant for a local cafe. After graduation, she plans to travel and move to Pittsburgh to work in crisis management for a for-profit organization. 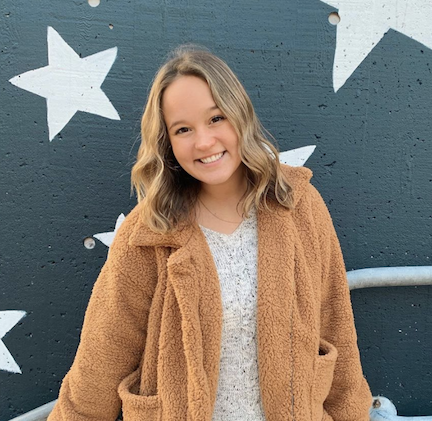 Katie Null is a senior public relations student with a minor in nonprofit studies. This is Katie’s third semester at Flash Communications, she loves sharing all of the latest and greatest news at Kent State, along with meeting new people and learning all of the things that make Kent State great. Katie is involved on campus as a member of Delta Gamma sorority and the Vice President of Recruitment and Retention on the Kent State Panhellenic Council. After completing a remote PR internship with a small business this summer, Katie is excited to continue to learn more about the different ways she can use her degree in the future. After graduation, Katie hopes to move down south and continue to serve her community, whether that be through a job in communications at a nonprofit organization or continuing to volunteer outside of her career in public relations.

Lauryn Oglesby is a senior public relations major with a minor in fashion media from Monroeville, Pennsylvania. This is Lauryn’s second semester at Flash Communications, she is excited to continue progressing her writing skills by sharing Kent State University’s accomplishments. This summer, Lauryn completed a remote public relations internship for a small fashion company based in Nashville, Tennessee. Previously, Lauryn has worked as the Promotions and Social Media Director for A Magazine where she helped establish content for their digital platforms and constructed ideas to promote the magazine through events and merchandise. She has also worked with KentWired as a social media strategist and is actively involved in Kent’s PRSSA chapter through its social media committee. After graduation, Lauryn hopes to move to New York to pursue a career in either events promotion or social media for a fashion company. 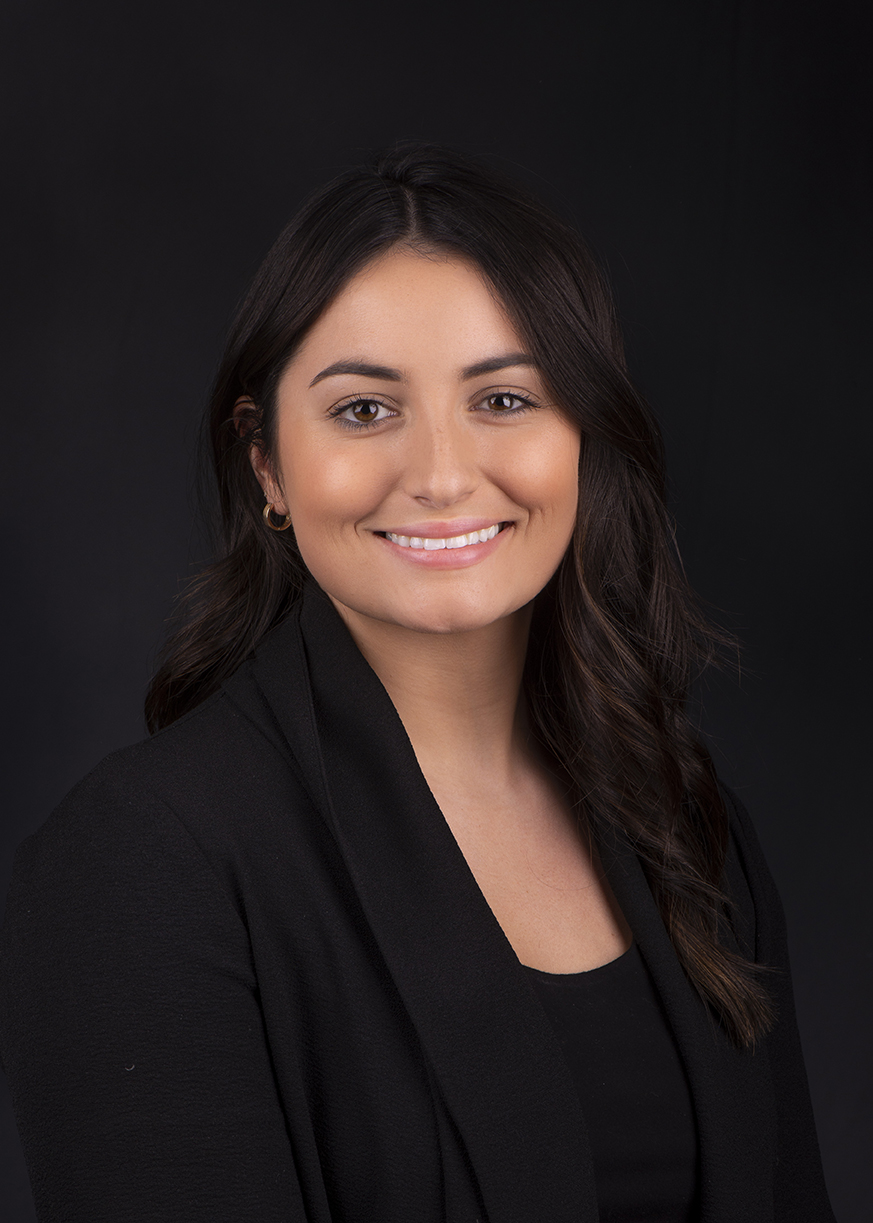 Andriana Ruscitto is a senior public relations major with a minor in marketing from Cleveland, Ohio. This is Andriana’s second semester at Flash Communications, she is eager to continue to build upon her writing skills, as well as continue to spread awareness through her stories. Andriana currently works remotely as Public Relations Intern at Language Plus, a language training institute located in El Paso, Texas, where she assists with content creation, social media, website development and executing broad and specific targeted marketing/PR campaigns. Andriana previously worked as a Cavs Crew Member for the Cleveland Cavaliers, where she aided in preparing and executing all in-game promotions at every Cavaliers home game. Additionally, Andriana formerly worked as an intern for WKYC’S Live on Lakeside show, where she helped with marketing, social media and writing content for their website. After graduation, Andriana hopes to move out west to pursue a career in live entertainment with a focus on content creation or media relations.