The School of Theatre and Dance has two acting studios that are used as classrooms and rehearsal spaces. Both studios possess dance floors. 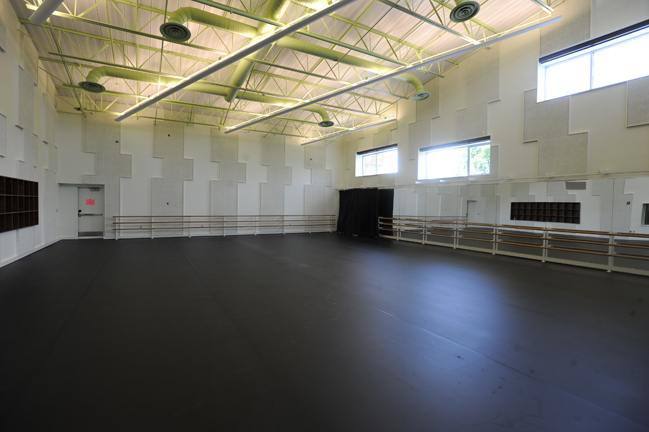 The School of Theatre and Dance has three dance studios. Each is equipped with sprung floors and barres and have audio and video playback. One studio also has a resilient floor for tap dance. 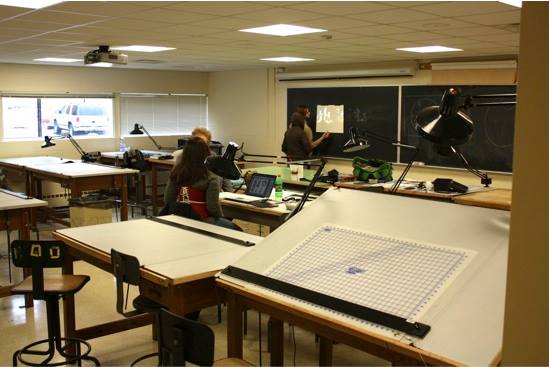 The Design Studio is outfitted with 12 drafting tables and is the general design space for the School as well as a classroom.

The Make-Up Classroom contains a 24-seat makeup laboratory as well as dressing room. It is equipped with a wig dryer, a wig and hair washing sink, and storage for make-up and wig supplies.

The Props and Crafts Studio serves as both a classroom and a construction space for production. It contains a variety of equipment and tools for props and costume crafts construction.

The School of Theatre and Dance has a small sound studio which is divided into an isolated control room and and isolated recording room. It possesses dedicated sound equipment for mixing and recording.