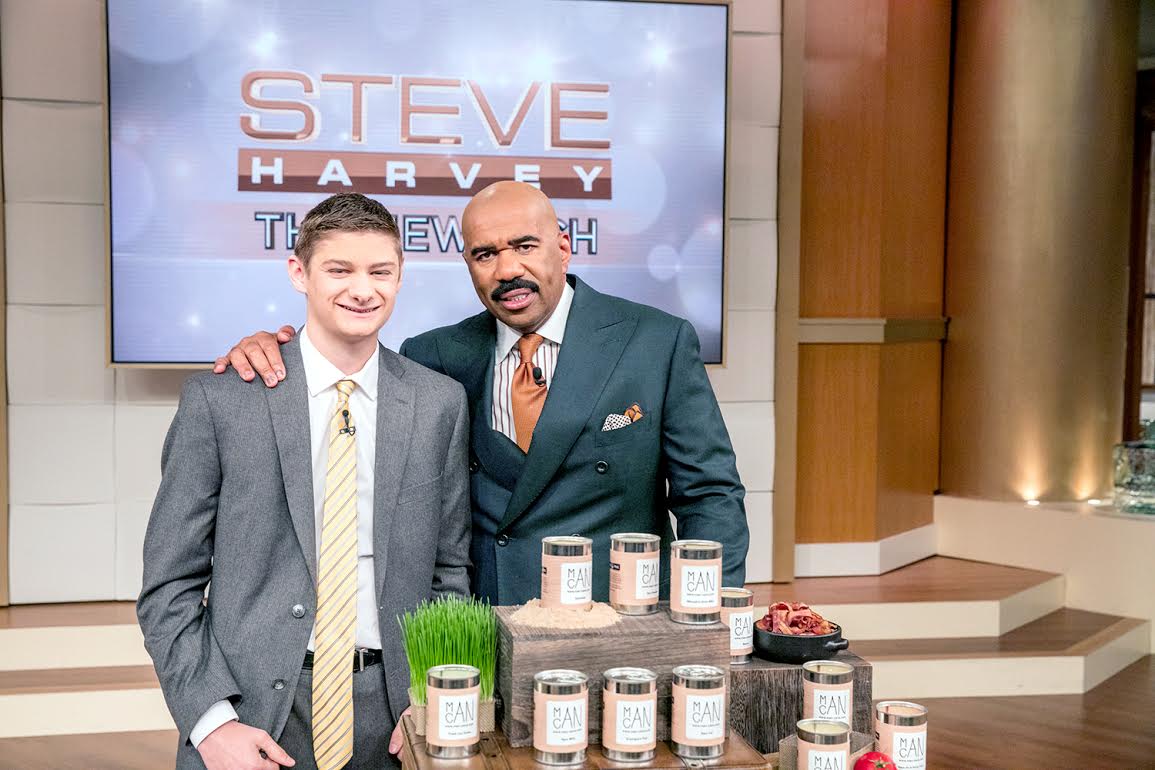 19-year-old Kent State student, Hart Main, from New Philadelphia, OH, will appear as a guest on Thursday’s episode of “Steve Harvey” to showcase his “strike it rich” idea called “Man Cans,” candles made out of old soup cans, with scents specifically targeted toward men, like New York Style Pizza, Grandpa’s Pipe, Sawdust, Dirt, New Mitt and Bacon. Hart is a 2015 graduate of New Philadelphia High School and is the son of Amy and Craig Main. He currently is studying Economics at Kent State University.

Locally, “Steve Harvey” can be seen on NewsChannel 5 (WEWS/ABC) weekdays at 3 p.m.. Check local listings or go to http://www.steveharveytv.com/ for time and channel.

Hart Main came up with the idea of “Man Cans” at the age of 13 after his sister was doing a fundraiser with candles that had what he calls “girly scents,” like lavender, cinnamon and rose. Hart took money from his paper route and put it into the candle company and just six years later, his product is now sold in over 150 stores nationwide!

“Man Cans” are made in facilities that hire people with disabilities and his business helps feed those in need, by donating 75 cents from every candle, to soup kitchens in Ohio, Pennsylvania, West Virginia and Michigan! Throughout the five years that he’s been in business, he’s been able to donate 100,000 actual cans of soup and just over $50,000 to these soup kitchens!