Here's some text about what the Digital Humanities Lab is, who's involved, how it operates.

Keywords: (research areas related to this)

Description of his project. 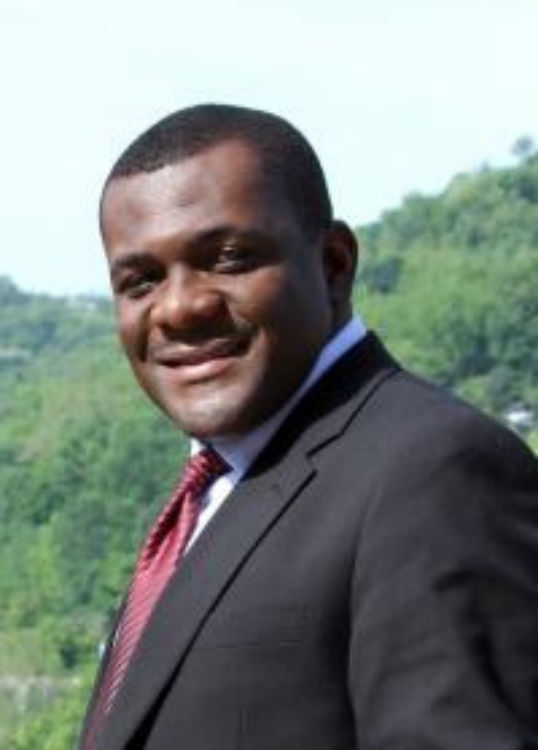 Felix Kumah-Abiwu is an Assistant Professor and Director of the Center for African Studies at the Department of Pan-African Studies at Kent State University. He received his PhD in Political Science from West Virginia University. He also studied at Ohio University and the Legon Center for International Affairs and Diplomacy, University of Ghana. His research focuses on Africa’s security issues, electoral/political violence, democratization/development, global narcotics policy and foreign policy. He also studies Black males and media portrayal in America with an evolving interest in using digital tools and technologies (digital humanities) in exploring these issues. Dr. Kumah-Abiwu’s scholarly works (journal articles) have appeared in West Africa Review, Commonwealth Journal of International Affairs, Journal of Pan-African Studies, Inter. Journal of Public Administration, Journal of Economics/Sustainable Development, Urban Education and Commonwealth & Comparative Politics.

Dr. M’Baye’s Digital Humanities Project has two sides. One dimension revolves around finding and discussing both known and unknown lyrics of Senegalese traditional and popular music gathered from the Internet, libraries, and other archival sources and make them accessible for both classroom study and scholarly research. Yet his project is not restricted to Senegalese music since it also includes the study of lyrics of lesser-known Senegalese music such as reggae, salsa, blues, rock and roll, and other forms that have strong relationships with their progenitors, cousins, and parallels from other parts of the world.

The second side of Dr. M’Baye’s current research deals with variant and non-conforming gender and sexual identities that permeate known and lesser-known black archives. Dr. M’Baye is looking for the important role that historical, theoretical, and literary archives can play in ongoing research about neglected black Atlantic traditions and conceptions of gender and sexuality as well as of race, freedom, justice, nationhood, and other identities. For these reasons, Dr. M’Baye is also interested in any visual, printed, or aural texts that can help to locate, theorize, and apply nuanced knowledge of black histories and cultures of resistance and creativity which emanates from common, rare, and (or) unused archival sources. 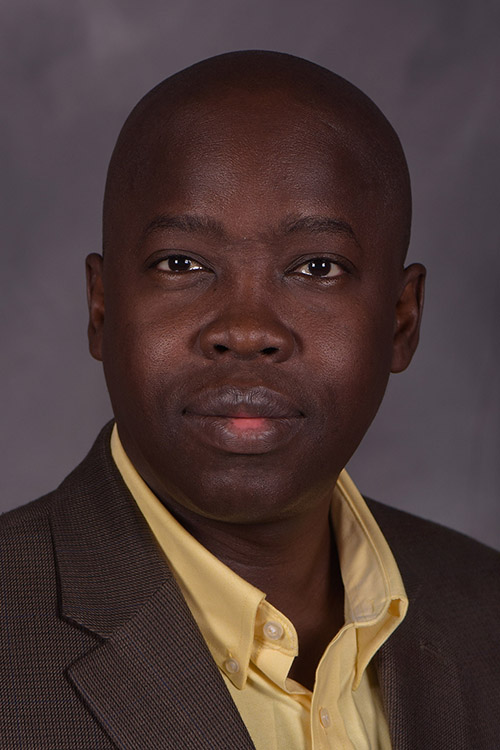 Dr. Babacar M’Baye is a Professor of English and Pan-African Literatures and Cultures at Kent State University. A native of Senegal, Dr. M’Baye received his Ph.D. from Bowling Green State University in Ohio. His research interests vary from Pan-African literatures, cultures, music, films, gender expressions, and sexualities to black Atlantic studies, transnationalism, and postcolonialism. Dr. M’Baye is the author of Black Cosmopolitanism and Anticolonialism: Pivotal Moments (Routledge, 2017), The Trickster Comes West: Pan-African Influence in Early Black Diasporan Narratives (The University Press of Mississippi, 2009), and the co-editor of Crossing Traditions: American Popular Music in Local and Global Contexts (Scarecrow Press, 2013). He is also the co-editor of Lexington Books’ Critical African Studies in Gender and Sexuality Series. Due to his strong interests in archives and their importance in the study of black popular culture and oral (as well as other creative) expressions, Dr. M’Baye is increasingly devoted to the study of digital humanities. He is especially committed to the study of both visible and invisible archives, including the Internet, as a means of furthering knowledge about black literatures, cultures, music, film, sexualities, gender expressions and other practices and traditions.

Title of Her Project

Linda Piccirillo-Smith (Ms. Picc) holds a degree in English and French Literature. However, her research lies in the study of Afro-Caribbean women in the former Danish West Indies (present day U.S. Virgin Island). Specifically, she will be examining the roles of Afro-Caribbean women in the fight for emancipation, post-emancipation, and present-day society/culture. Ms. Picc is also the Communication Skills and Arts director, as well as an active tutor and liaison for the computer lab and library. Her work will include the transformation of the Digital Humanities library and the digitization of some of the archival content.

Seedz specifically examines and documents the ways in which young people of African descent experience, perform, and create revolution/liberation for themselves and their communities. Through the digital mediums of photography and film I creatively engage youth in critical self-reflection and what it means to be themselves in the world. These mediums along with social media create a platform through which the research can be gathered, interpreted, processed and applied in real time and in non-traditional ways. 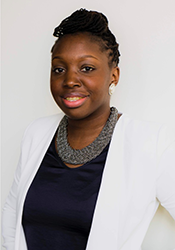 Dr. Asantewa Sunni-Ali is the director of the Center of Pan-African Culture and Assistant Professor in the Department of Pan-African Studies at Kent State University. Her educational background includes a BA in Africana Studies, an MA in African American Studies, and a PhD in Theatre for Youth. Dr. Sunni-Ali is the author of various publications and plays which explore her research interests: intersections of Black childhood, every-day and theatrical performance, agency, and liberation. Seedz of Revolution is a photo ethnography and film documentary series that documents the critical questions, concepts, and findings from Dr. Sunni-Ali’s ongoing research.

Campbell’s interest in Digital Humanities stems from his research/creative work on pushing the limits of imaging and design technologies as they relate to clothing, our environment and the human form. In this capacity, he has been involved in a number of projects involving digital archives of artistic and cultural artifacts. Campbell has been researching, designing and creating artwork with digital textile/imaging technologies for over twenty-five years. Campbell's art/design work has been shown in over eighty national or international exhibitions, receiving twenty awards, including the International Artist of the Year Award for the South Korean Fashion & Culture Association in 2010. Campbell has consulted for a number of academic institutions as they have integrated the technology into their teaching/research labs, and has published on subjects of design methods/issues, controlling color and integrating the technology into the design process for textiles and apparel.

J.R. Campbell is helping to cultivate the Design Innovation Initiative at Kent State University to support design thinking, challenge-based learning, technology-infused maker communities and the curation of cross-disciplinary collaborative teams to tackle "wicked" problems. Students and faculty from every discipline are encouraged to participate in this intersectional idea-generation engine for the university. By August 2020, the initiative will be housed in the "Design Innovation Hub” through the renovating of the old Art Building at the center of the Kent Campus. 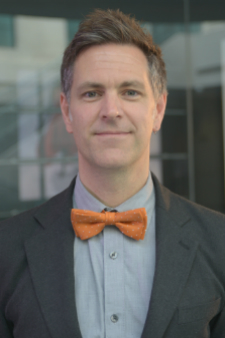 J.R. Campbell completed a Bachelor of Science in Environmental Design in 1994 and a Master of Fine Arts in Textile Arts and Costume Design from the University of California in 1996. He then taught, textiles, computer-aided fashion design and color theory in San Francisco before being appointed assistant professor in the Department of Textiles and Clothing at Iowa State University in 1998. He was tenured and promoted to Associate Professor there in 2004. In July 2005, he moved to Scotland to become a Research Fellow at the Centre for Advanced Textiles at the Glasgow School of Art, where he directed research for the Centre, located in the School of Design. While in Glasgow, Campbell completed a Postgraduate Certificate (PGCert) course in Supervising Postgraduate Research Degrees for Professionals in Art, Design and Communication from the Centre for Learning and Teaching in Art and Design at the University of the Arts London, which was granted in November 2006. He has been a visiting scholar and conducted workshops at the Beijing Institute of Fashion Technology in China and the Auckland University of Technology's Textile Design Laboratory in New Zealand. Campbell started his position as Professor and Director of The Fashion School in July 2009.

For Dr. Barnes, the lab is a space where scholars and students can explore whatever piques their curiosity, without concern about alleged disciplinary boundaries or perceived methodological hierarchies. The possibility of working in the midst of researchers who are motivated by seeking explanations for important facets of our world is profoundly exciting, whether we work directly with each other on our projects or not. 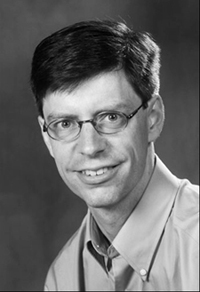 Dr. Barnes's research and teaching interests are in post-communist political economies, the politics of international finance and oil, and the links between markets and democracy. His first book was called Owning Russia: The Struggle over Factories, Farms, and Power (Cornell University Press, 2006), and his articles have appeared in Review of International Political Economy, Problems of Post-Communism, Post-Soviet Affairs, and Comparative Politics, among others.

Title of Her Project

Her current work examines the intersection between ethnomedicine and ecology and the related ontological and epistemological assumptions manifested in discourse about medicinal plants and the body. This research urges scholars of all disciplines to reexamine assumptions about indigenous knowledge systems and to engage meaningfully with non-western epistemologies. Her research also engages sorcery in the context of globalization addressing some of the contradictions and power relations inherent in shamanic tourism and places sorcery in the midst of western modernity rather than outside of it. She works with ethnographic data (interviews and participant observation) and more recently with the ethnographic study of virtual (online) spaces, i.e. digital ethnography. 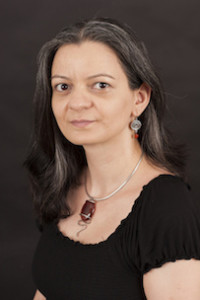