History Symposium: New Directions in Scholarship on the Vietnam War

The Department of History at Kent State University will host a research symposium entitled, “The May 4th Event and New Directions in Scholarship on the Vietnam War.” The symposium will be part of the university’s year-long effort to commemorate the 50th anniversary of the May 4 event. The department has invited scholars from across North America with expertise on the Vietnam War to speak on the memory and meaning of this period. The symposium will be organized into two panels with four presenters each. The first panel will address the significance of the Vietnam War in the United States, while scholars from the second panel will speak to the war’s legacy in Vietnam and Southeast Asia. 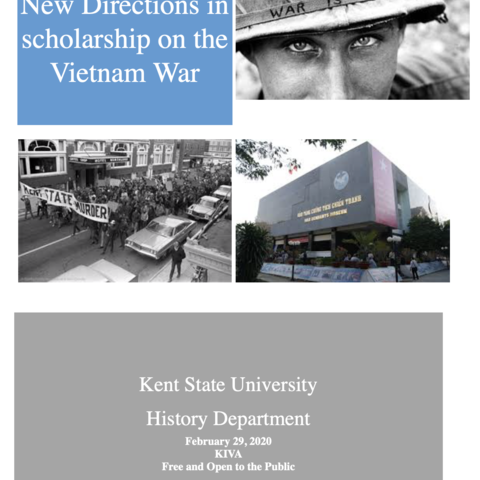