Who hasn’t heard the somewhat sarcastic phrase “If you don’t like the weather, wait five minutes”? Did you know there is now a term for this? They are called ‘weather whiplash’ events.

Many wonder if climate change is the reason we’ve had these day-to-day dramatic changes from hot to cold or cold to hot. 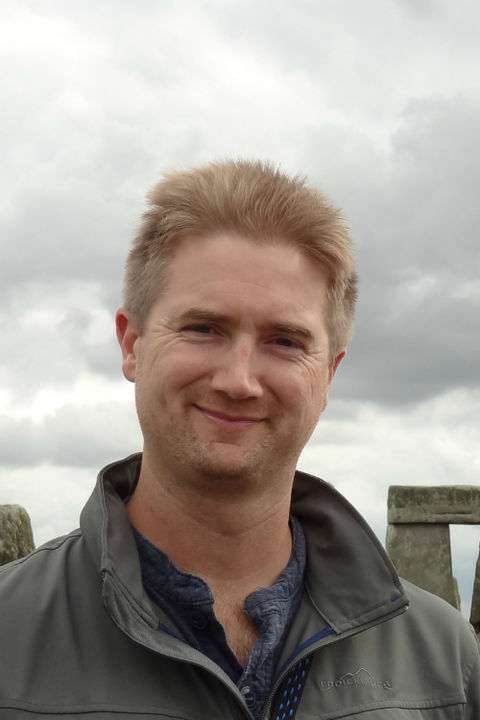 As a climate scientist, Cameron Lee, Ph.D., assistant professor in the Department of Geography in the College of Arts and Sciences at Kent State University, gets asked this question a lot. Looking beyond just the average temperatures and statistical means, he decided to take a more analytical look at weather whiplash and add to a growing body of climate change literature examining temperature variability trends.

“I wanted to see how short-term temperature variability was changing over the last 70 years,” Lee said. “There are some branches of climate science that are interested in specifically attributing something to climate change. Now, that isn’t something that I specifically did, and say climate change is causing this, but when you have 70 years-worth of data, going back to 1950, that can give you a pretty good idea of whether or not it is anthropogenically-induced climate change. Whether it is human-caused or not, it’s nonetheless something that we must prepare for. It’s a trend that is happening.”

“With climate change, the global mean temperature change is a good indicator that we have climate change happening, but it’s not just the mean temperature change that is really affecting us, it’s the extremes, and changes in weather that impact us even more,” Lee said. “And, with a change in the mean come more frequent extreme weather situations, which can create environmental challenges affecting our health, security and economic wellbeing.”

To figure out what is driving changes in whiplash events, Lee examined other meteorological variables, such as wind speed, wind direction, cloud cover, atmospheric pressure, and dew points (humidity) to see how those things were changing all across the globe and analyzed the trends.

His work, published recently in the International Journal of Climatology, investigated how climate change may be impacting the frequency and severity of these whiplash events. His research also represents the first examination of the full 70-year trends of many variables in the recently released ERA5 reanalysis dataset from the European Centre for Medium-Range Weather Forecasts.

“Reanalysis is an amalgam of all the different weather observations throughout the world,” Lee said. “It includes buoys in the oceans, weather stations on ships, and weather balloons that are put up in the atmosphere at regular times. It takes all these different data sources that are irregularly spaced around the globe, runs it all through a weather model, and then outputs it on a regular basis in time (every hour) and space -- it spatially covers every half degree of latitude and longitude.”

Study results reveal more regional significances
Lee found that, globally, whiplash events are increasing substantially in all seasons. Since 1985, the increase is even more pronounced. The most widespread changes appear in the Southern Ocean (around Antarctica), Africa, South America, and in regions of coastal upwelling. Upwelling is a process that occurs when winds blowing across the ocean surface push water away. Water then rises up from beneath the surface to replace the water that was pushed away.

There are also significant decreases where the Arctic Ocean meets the Pacific and Atlantic Oceans, especially in the Greenland, Iceland and Norwegian Seas, and more recently, in northeastern Canada.

How does this research help us better understand climate change?
“From the perspective of examining statistics other than mean, especially something like global average temperature, it is a very easy statistic to conceive of and conceptualize,” Lee said. “However, it leaves out a lot of information that we have about the weather, so looking at things a little bit more piecemeal can help with that, as well as looking at other parameters, such as variability instead of means and sub-setting it across the globe into regions, and analyzing things by season, instead of the whole year. So, you get an average statistic for the whole globe, but you can also get the average variability for a continent or a country. That is where I’m citing these specific changes in South America, Africa, and the Southern Ocean where we see some of these larger changes.”

To learn more about Dr. Lee's research visit his web site or follow him on Twitter @ClimatoloGuy.

Visit the Department of Geography website at kent.edu/geography for more information.

About NOAA’s Climate Program Office
The Climate Program Office’s mission is to advance scientific understanding of climate, improving society’s ability to plan and respond. This office manages competitive research programs in which National Oceanic and Atmospheric Administration (NOAA) funds high-priority climate science, assessments, decision support research, outreach, education, and capacity-building activities designed to advance our understanding of Earth’s climate system, and to foster the application of this knowledge in risk management and adaptation efforts. CPO-supported research is conducted in regions across the United States, at national and international scales, and globally.