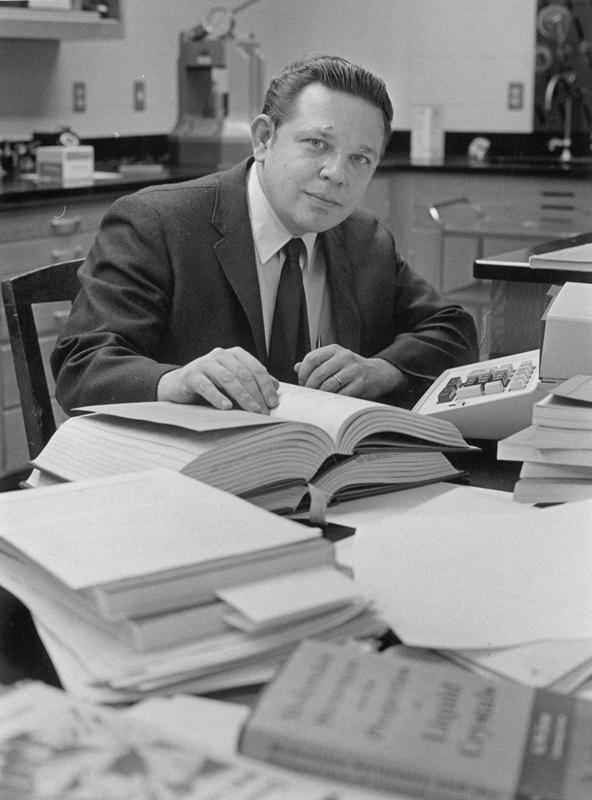 The Department of Chemistry & Biochemistry is sad to announce the passing on July 6, 2013 of Professor Emeritus Dr. Vernon D. Neff. He was 80 years old.

Dr. Neff joined the department as an Assistant Professor in 1961 and made many contributions as an educator, scholar and servant to the department. He rose through the ranks and was promoted to the rank of Professor in 1978. Vern was a talented and passionate teacher who cared deeply about his students, receiving the Kent State University Alumni Association Distinguished Teaching Award in 1981.

His research was focused in a number of areas of physical chemistry, including liquid crystals. Vern's groundbreaking research on the electrochemistry of Prussian blue resulted in many important publications, including two papers with over 400 citations.

Dr. Neff cared deeply about the department and served as Assistant Chair for a number of years. He retired in 1993. A full account of Vern's rich life can be found in his obituary at: http://hosting-24190.tributes.com/show/vernon-duane-neff-96097576.

Vern's family have planned a celebration of his life and accomplishments on September 13, 2013, at Wingfoot State Park, Suffield OH, Pine Tree Lodge. For details call 330-256-3405 or email kjpatter57@yahoo.com.