Down Syndrome Research at Kent State Awarded One of Four Grants

A Kent State University neurobiologist is one of four researchers in the U.S. awarded grants by the Jérôme Lejeune Foundation for projects to improve cognition in individuals with Down syndrome.

A Kent State University neurobiologist is one of four researchers in the U.S. awarded grants by the Jérôme Lejeune Foundation for projects to improve cognition in individuals with Down syndrome. 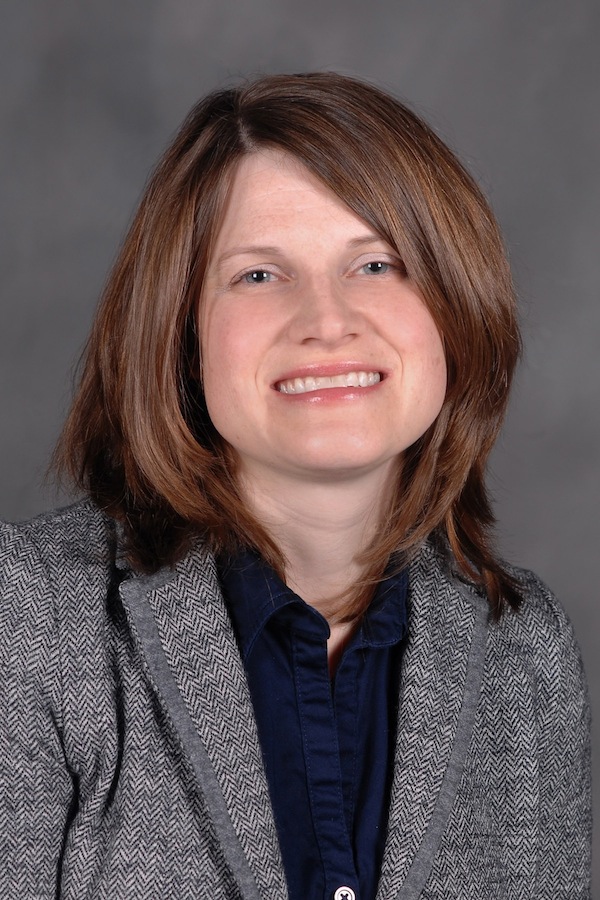 Kristy Welshhans, assistant professor of biological sciences at Kent State, will examine how an extra copy of a particular gene associated with Down syndrome affects connectivity in the brain, causing intellectual disability. The Jérôme Lejeune Foundation awarded Welshhans a grant of 28,000 euros.

Welshhans’ research team will use a mouse model to study the embryonic period of brain development in Down syndrome – “something we don’t know that much about,” she said. To date, most Down syndrome research has centered on treating intellectual disability in adults.

Among the 35 is one gene, Down Syndrome Cell Adhesion Molecule (DSCAM), that Welshhans’ group has already shown can have an important role in disrupting the “wiring” of the brain in mouse embryos.

In the new study, the team will look at how DSCAM works, map the overall brain connectivity defects in Down syndrome and study possible treatment.

“If we can figure out what’s happening in utero, maybe we can develop strategies to treat the disorder,” she said.

In the future, gene therapy might be used to shut down the expression of the extra gene, preventing it from causing defects. Drug therapy to shut it down might also be used, but side effects make it a less attractive option, she said.

Gene therapy for adults is in its early stages, she noted, and it is years away from being used in utero.

Down syndrome is a leading birth defect, occurring in one out of every 700 births. The risk of it increases with maternal age. As women wait to have children, it has become more prevalent, Welshhans noted.

Welshhans came to Kent State two years ago after earning a Ph.D. in neuroscience at Georgia State University and working as a postdoctoral fellow at Emory University School of Medicine. Her research group includes Ph.D. candidates Shruti Jain and Leah Kershner and four undergraduates.

The Lejeune Foundation grants announced in December were to researchers at four institutions: Kent State; the University of California, San Diego; Rutgers University; and Tufts University.