The Emotional Language of Justice in Renaissance Italy 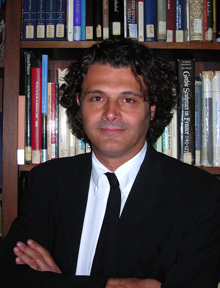 Dr. Fabrizio Ricciardelli, the new director of KSU's Florence program, is scheduled to give a talk on Wednesday, February 6, from 4 pm to 5:30 pm in Bowman Lecture Hall 137 on the following topic: 'The Emotional Language of Justice in Renaissance Italy'

In 2012 he was appointed Director of the Kent State University program in Florence. Ricciardelli worked for the National Geographic on The Secrets of Florence (2009) and for the Austrian Broadcasting Corporation on Giorgio Vasari and the Italian Renaissance (2010). His academic experience includes journal articles, conference presentations, and several reviews.

He has authored and co-authored numerous books on institutional and political history. His main field of study is Italian city-states in the social, economic, political, and cultural landscape of Medieval Europe. Some of his publications are: The Politics of Exclusion in Early Renaissance Italy (2007); I luoghi del sacro. Il sacro e la città tra Medioevo ed Età moderna (2008). The Culture of Violence in Renaissance Italy (2012); Umanesimo e università in Toscana (1400-1600) (2012).

Ricciardelli has recently embarked upon the study of the relationship between emotions and passions as forms of political persuasion in Renaissance Italy.