We recently celebrated all of our first-generation students and alumni during “I am First” week, but we want to congratulate one particular alum who is a shining example of what a first-gen student can accomplish at Kent State University and beyond with just the right amount of creativity and drive partnered with the guidance and encouragement from an outstanding faculty mentor. 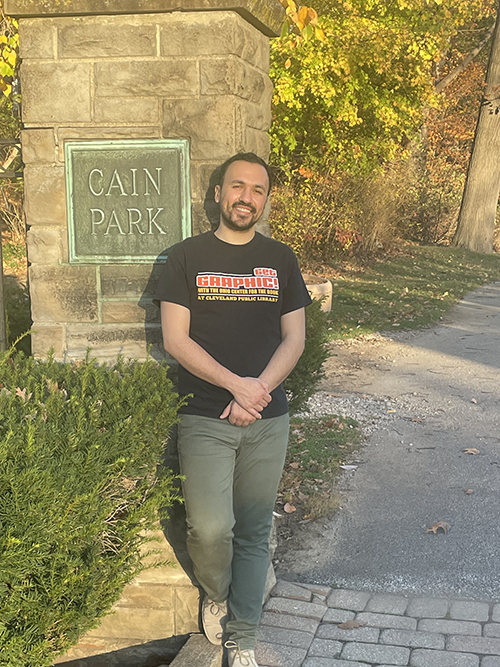 Zullo’s teaching stems from his identity as a queer first-generation college student and a child of immigrants. His philosophies also find their origin in his relationship with the humanities as creative writing and comics were personally liberating and helped him learn English.

His infatuation for storytelling and “shaping the future through comics” was born the first time he entered a comics bookstore in his hometown, Chardon, Ohio. His enthusiasm was fostered throughout his higher education journey, particularly as an English and Spanish double-major at Kent State.

An eighteenth-century English literature class taught by Vera Camden, Ph.D., emeritus professor in the Department of English at Kent State, completely changed his life. Camden foresaw an attainable career path for Zullo, encouraged him to study comics, and provided him with informed guidance to facilitate his success.

“I found that the professors were invested in our personal and professional development and they understood that the two were inextricably linked in the classroom,” Valentino said. “I learned, in these classes at Kent State, that my education was not just an exercise, but that it would be something that would change me for the better during a period in my life where I needed an education, discipline in a tradition, and the rigors of careful reading, writing and conversation. All of this I gained from my mentorship by Professor Camden.”

Together, Camden and Zullo, funded by an Ohio Humanities Council grant, directed and coordinated a partnership between Kent State University and the Cleveland Public Library to celebrate the 75th anniversary of Wonder Woman in 2016 with a symposium. The fusion of public literacy, comics, and feminism was accomplished so copiously that in 2016 Zullo became the first scholar-in-residence for the Ohio Center for the Book.

“Advisors and professors can further facilitate students’ goals by inviting them into their research as assistants and giving them credit for the work that they contribute,” Camden said. “This will both inspire them, train them, and seeing their contributions and their acknowledgment in print is something that should be celebrated by them and faculty as well. If you train a student well you end up training a colleague—which is what Valentino has now become—a valuable reader of my work and a partner in future editorial and writing projects, as well as a co-editor of a journal with me. Once an eager student he now has emerged as an independent thinker and writer in his career.” 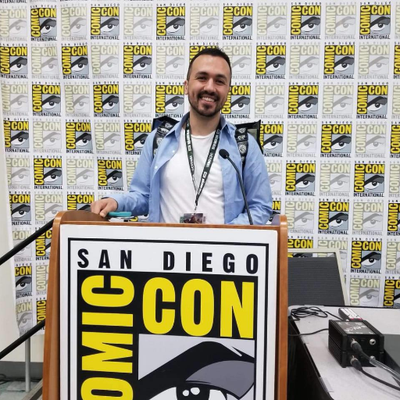 “What facilitates a supportive institution is having faculty that are both willing to entertain student interests and ideas while also remaining critical,” Zullo said. “Professor Camden entertained my interests and encouraged them but did not simply accept everything I said. She often would direct me to read how others have answered the questions I was asking and taught me to distinguish between a critical interest in a project and a personal interest. I was taught the history of ideas to encourage critical thought and invited to share my own thoughts once I had a sense of the conversations I was entering. This both expanded the capaciousness of my mind and honed my argumentative and critical thinking skills.”

While at Kent State, Zullo received the Kenneth R. Pringle Dissertation Fellowship, was recognized as the Outstanding Composition Instructor Award Finalist, and taught College Writing I and II. He is currently a psychotherapist in psychoanalytic training at the Cleveland Psychoanalytic Center as well as a scholar and national authority on comics.