Geography Researchers to Contribute to Actionable Science for Decision Makers

A key element of the mission of the College of Arts and Sciences at Kent State University—and an objective of many researchers across the University—is to better understand our environment and the issues and processes that bring about change.

Researchers in our Department of Geography primarily study patterns of climates, landforms, vegetation, soils, water and people. They use many tools and techniques in their work including Geographic Information Systems (GIS), Remote Sensing, Global Positioning Systems (GPS), and online mapping such as Google Earth. They partner and collaborate with researchers at other institutions and local, state, and federal government agencies. 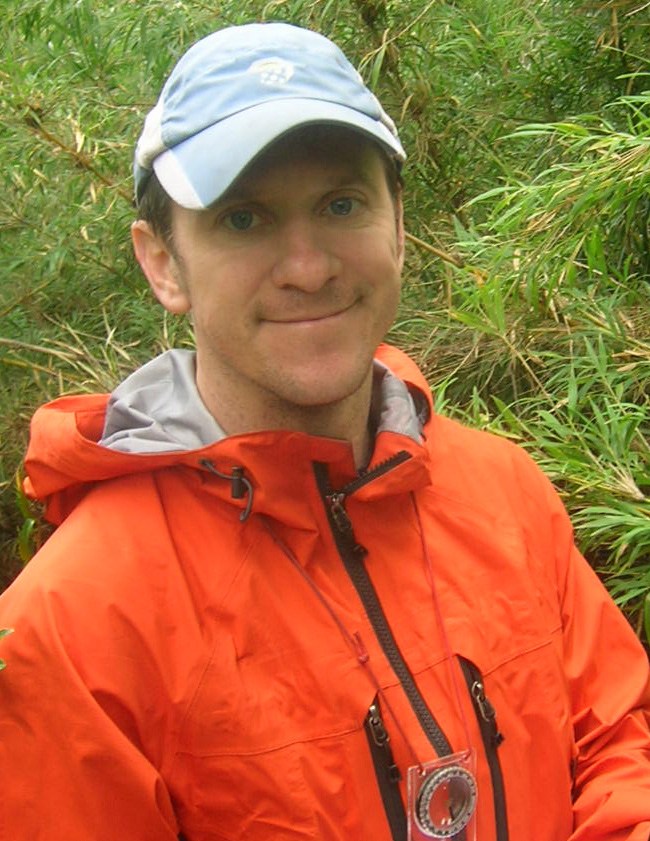 For Timothy Assal, Ph.D., assistant professor in the Department of Geography, all these tools and techniques come together in the multi-institutional projects on which he works. His most recent project, “Vulnerability of lower-ecotone aspen forests to altered fire regimes and climate dynamics in the northern Great Basin” (a three-year $299,842 total award with $89,600 going to Kent State) is funded by the Northwest Climate Adaption Science Center. This collaboration includes the United States Geological Survey (USGS) in Boise, Idaho, Utah State University, and the United States Bureau of Land Management. The Great Basin includes parts of Idaho, Oregon, Nevada, and Utah. 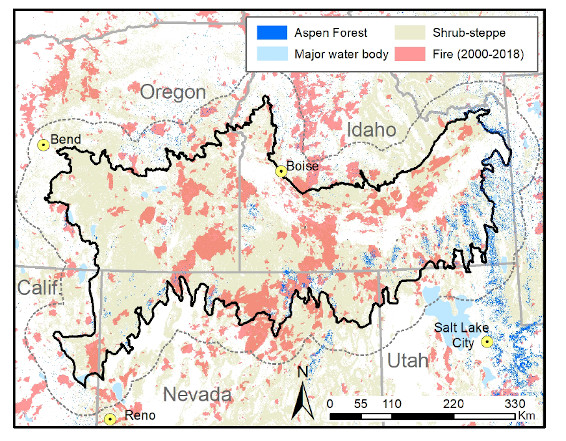 Assal’s research is primarily focused on biogeography, landscape ecology, and applied remote sensing, where he studies the effects of disturbance (such as drought, fire and insects) on forest and shrubland ecosystems. He combines field studies, satellite sensors, and computer modeling to identify when, where and why change took place – typically through a measure of the rate and pattern of environmental change.

“Our primary goal is to provide sound science to both resource managers and policy makers to help shape ecosystem management and conservation as we move into an uncertain future,” Assal said.

About the Aspen project
Aspen (Populus tremuloides) forests provide habitat for numerous plant and animal species and are considered a keystone species. They provide important economic and social benefits for local economies, including drawing tourists in the autumn, serve as potential fire breaks, and provide forage for wildlife and livestock. Aspen is the most widespread deciduous tree species in Northern America but is considered at risk in many areas of the western United States, from climate-change and past land use. This is especially true for lower-elevation aspen, where the effects of drought and browsing animals (that eat young aspen) are often more severe and can threaten aspen forest health and long-term persistence.

In the northern Great Basin, lower-elevation aspen stands often occur as small, isolated patches within sagebrush-dominated landscapes. Sagebrush shrublands are increasingly being transformed into grasslands that are composed of exotic, fire-prone plant species not native to North America. Although aspen is a fire-adapted species, if fire is too frequent at low elevations it could negatively affect aspen survival, especially when combined with impacts from exotic plants, worsening droughts, or other stresses, such as insects and disease.

The researchers will investigate how these changing disturbance and climate conditions (e.g., drought) are affecting lower-elevation aspen forests in the northern Great Basin. They are using satellites to measure long-term trends, which in turn help them determine where the field crews need to go to sample vegetation.

“Basically, we relate what we measure on the ground with what we're measuring from the sky,” Assal said.

“With satellite data there's a real tradeoff between spatial and temporal resolution,” Assal said. “We have amazing sensors these days where we can get really high spatial resolution. Unfortunately, we don't have much of a temporal record for that, so the ‘workhorse’ that we use is called Landsat, a joint NASA/USGS program. We’re able to measure the relative moisture of the aspen canopy over time and look for trends in stand condition.”

Landsat's spatial resolution is considered medium resolution with each pixel representing around 30 meters, or about the size of a baseball infield. The strength of this satellite is that they can go all the way back to the mid-1980s to look at trends through to the present. They use Google Earth Engine, a cloud-based platform to pull all the data out of the cloud and analyze it statistically to see how it's changing.

Once the researchers determine where to go on the ground, they can measure species composition and regeneration rates. They try to combine both what they're measuring in the field and what they’re measuring from space in statistical models to ask ‘how well can these models predict what we're measuring on the ground?’ If they have strong agreement there, they can then take this and make them spatially explicit over large areas.

They also can do ‘destructive sampling’ of some of these trees. They harvest them by taking a cross section of the stem and count the rings to determine the trees age.

“We ask questions like, ‘if we had a fire 20 years ago, is this the generation of recruitment that we're now seeing?” Assal said.

Some of that work will take place in Assal’s lab. They take the samples, prepare them, and then put them under a scope to read the rings.

The primary outcome will be a regional assessment of where and under what conditions lower-elevation aspen are most vulnerable to undesirable ecological change. The tools and information from this research will have direct and timely uses for land managers working to conserve aspen forests in the Great Basin and surrounding regions.

“Ultimately these end up as a variety of assessment tools for our partners, such as managers at the Bureau of Land Management, so they can prioritize areas on their local landscape to determine if a stand is vulnerable. Then they might do a management treatment or try to fence it out to try and get some regeneration in that stand to prevent a decline in forest health.”

About Timothy Assal
Assal joined the faculty at Kent State in 2019 after eight years at the U.S. Geological Survey, Fort Collins Science Center, serving as an ecologist for five years followed by three years as a postdoctoral research ecologist. He is also an affiliate professor in the Department of Anthropology & Geography Program at Colorado State University where he earned his Ph.D. in 2015. He holds an M.S. in Botany (emphasis in Spatial Ecology) from the University of Wyoming (2001) and a B.S. in Environmental Studies from George Washington University (1999).

At Kent State, Assal leads a research lab group where he mentors graduate students and teaches the Environmental Data Analysis in R, Remote Sensing, and Natural Disasters and Society courses.

To learn more about Department of Geography at Kent State, visit: https://www.kent.edu/geography