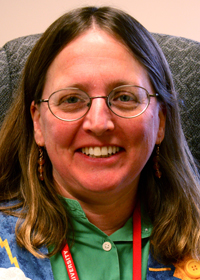 Kathy Kerns, Ph.D, a psychology professor at Kent State University, was selected to receive the Bowlby-Ainsworth Award by the New York Attachment Consortium. Kerns is being honored for her work in the field of middle childhood development and attachment.

While most other researchers study attachment in children who are under the age of six, Kerns focuses on children between the ages of 8-14.

“I had been studying how attachment is related to friendship in preschoolers,” Kerns said. “I thought it would be interesting to study the question at a later age when children are beginning to form closer friendships. I also realized there was a gap in research on attachment in middle childhood, so there were lots of opportunities to contribute.”

In regards to her award, Kerns said “It’s always gratifying to have your work recognized by your colleagues.”

Kerns received her Ph.D. from The State University of New York at Stony Brook in 1987, and came to Kent State as an Assistant Professor in 1989.