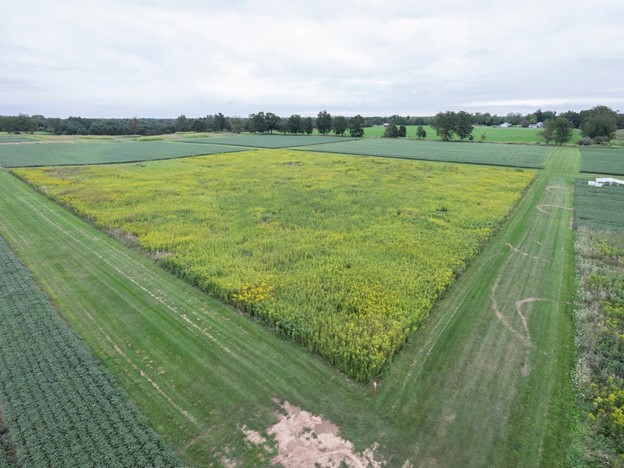 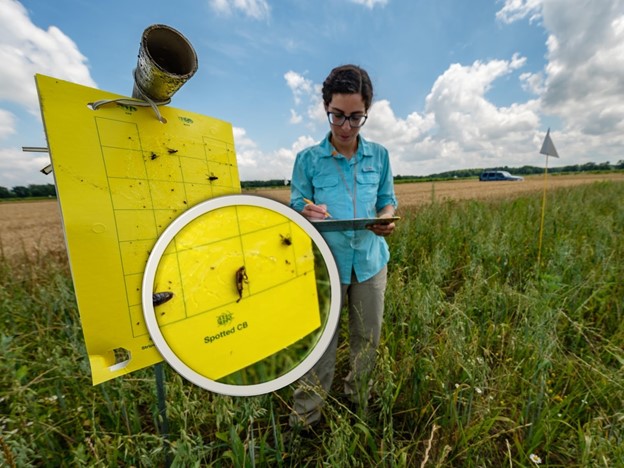 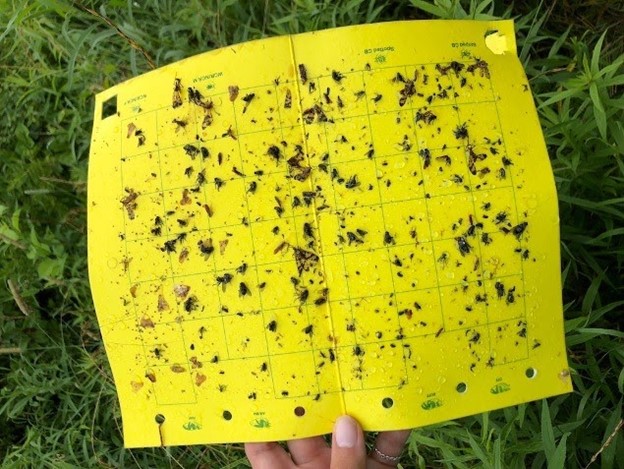 Julia Perrone, research technician and lab manager of the Bahlai computational ecology lab in the Kent State Department of Biological Sciences, wants teachers and students to get a chance to understand ecology and data science from a hands-on perspective. Perrone, a recent graduate of Kent State’s Master of Library and Information Science program, is combining her passion for insect ecology with science education and outreach by partnering with Data Nuggets, an NSF-funded organization devoted to getting real research into the K-12 curriculum.

Perrone developed a “nugget”, a hands-on lesson plan, using real data from a scientific experiment that allows teachers to bring authentic data experiences into the classroom. The nugget, titled “Blinking out?”, lets students track population patterns of fireflies over almost two decades at Kellogg Biological Station, a research station in southern Michigan. Populations of insects can vary dramatically from year to year, making it difficult to plan conservation programs.

“Firefly populations go up and down a lot, and so it really depends on how - and when- you watch them,” Perrone said. “You might observe them consistently going down for 4 years and get really worried, but then populations will spend the next several years going up. A lot of people are concerned about insect conservation right now, which is wonderful to see, but it’s important for people to understand a one year population increase doesn’t mean a problem is necessarily solved.”

Perrone and Christie Bahlai, Ph.D., assistant professor of Biological Sciences in the College of Arts and Sciences, recently published a paper where they used the firefly observations in a model to describe how ecological variability can mask population patterns. “The model we wrote about in the paper, I admit, is a bit niche.” Bahlai said. “The wonderful thing about working with Julia is she’s able to take all the math and code and turn it into an experience that resonates with students, and really brings life to the data.”

In early June, Perrone co-hosted a teacher training with Liz Schultheis, Ph.D., co-founder of Data Nuggets and Aaron Reedy, Ph.D., co-founder of DataClassroom, where the new firefly Data Nugget was piloted with a group of 279 teachers from all over the country. Many of the attendees commented on how excited they were to use the nugget to teach their students how to work with data, especially since there are so many data analysis careers out there today. They also loved that there is such a strong storytelling component that accompanies the data activities, citing that students often learn better when there is a compelling story to remember.

“Part of the reason that the fireflies make such an engaging story is that the data was collected almost by accident.” Perrone said. Kellogg Biological Station researchers had been collecting other insects- ladybugs- at the site since the late 1980s. But in 2004, one of the technicians began recording firefly captures in the traps as well, and this data collection has continued to date. “This resulted in one of the longest systematic surveys of firefly populations known to science! It’s a great way for students to look at population dynamics using an insect that is familiar and meaningful.”

“Science is magical and complex, and I want students to have fun while thinking critically about what they’re learning,” Perrone said. “I think that it can be really intimidating for students to work with data, and that’s why Data Nuggets are such a great tool to demystify research. Science is often messy! Seeing that it’s OK to not arrive at the right answer right away drives their curiosity and excitement to learn more.”