The National Endowment for the Arts (NEA) recently announced that Teresa Villa-Ignacio, Ph.D., an associate professor of French and Translation in the Department of Modern and Classical Language Studies at Kent State University, is one of 22 translators selected to receive a Literature Translation Fellowship of $10,000. This fellowship will support the translation of Anne-Marie Albiach's La Mezzanine: The Last Account of Catarina Quia into English. In total, the NEA will award $300,000 in grants to support the translation into English of works written in 10 different languages from 16 countries.

“The National Endowment for the Arts is proud to support the translators of these fascinating projects from around the world,” said the NEA’s Director of Literary Arts Amy Stolls. “We recognize the knowledge, skill, and artistry it takes to render literature from other languages into English and are pleased to provide these translators with the means to focus on their work."

“The author of a dozen works of poetry, Anne-Marie Albiach (1937-2012) was one of the most influential French poets of the second half of the twentieth century,” Villa-Ignacio said. “The Mezzanine, her only novel, speaks to our most urgent questions about women’s identity, feminism, love, mental illness, disability, and the interplay between life and writing. As the narrator recounts a stay in a psychiatric hospital, she so often slips between first and third person that it becomes impossible for readers to distinguish between reality and fiction. This experience uncannily comes to resemble the main characters’ struggle to distinguish between reality and delusion and thus powerfully evokes readerly empathy.

“I hope the intersection of The Mezzanine’s formal innovations and political activism, conducted through Albiach’s audacious vulnerability, will especially appeal to the newest generation of readers and writers, who are reinvigorating the maxim that the personal is political,” Villa-Ignacio said. “It is also my hope that the novel’s translation will spark renewed interest in Albiach’s poetic work. While she’s had a small but dedicated following in the U.S. since the 1970s, her brazen experimentality and the challenges she poses to our understanding of poetry deserve much more attention."

“I have been reading Albiach's poetry since I was an undergraduate, and every time I return to her work I learn something new about what poetry can do,” Villa-Ignacio said. “In my book-in-progress on French-American poetic translation, I argue that the central question of Albiach's poetics concerns how to escape the double bind of language, which we rely on to conceive of reality even though it ultimately obfuscates our perception of it. The Mezzanine also questions the reliability of the structures we use to conceive of reality, but from the perspective of characters whose mental health is at risk. However, the novel doesn't aim to be representative: it doesn't try to argue that institutional treatment makes one better or worse, nor to write about mental illness in a destigmatizing way. Instead, it demonstrates the irreducibility of a person to their mental illness or to disability in general. It portrays and, I would argue, enacts writing as a practice of mental well-being not because writing is necessarily therapeutic, but because it allows the writer to be a functional human being. It is also a beautiful text, spare and unsparing, not unlike her poetry. I'd never read anything like it, and immediately felt drawn to it as a translator.” 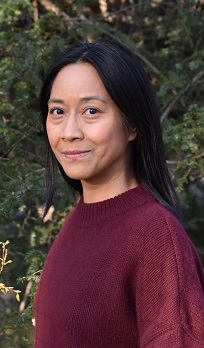 Villa-Ignacio’s essays, which have appeared in the PMLA, Yale French Studies, Contemporary Literature, MLN, and the Journal of North African Literature, explore contemporary poetic and translational interventions in ethical philosophy, postcolonial liberation movements, and social justice activism. She is the co-editor of Souffles-Anfas: A Critical Anthology from the Moroccan Journal of Culture and Politics (Stanford University Press, 2016) and Traduire le Maghreb/Translating the Maghreb, a special issue of Expressions Maghrébines (Summer 2016), and the co-translator of the Algerian writer Hocine Tandajoui’s Clamor (Litmus Press, 2021). A Fulbright scholar and recipient of an Andrew W. Mellon Postdoctoral Fellowship, she received a Ph.D. in Comparative Literature from Brown University, and previously held appointments at Harvard University, Boston University, Tulane University, and Stonehill College.

About the National Endowment of the Arts Literary Translation Fellowship
Since 1981, the NEA has awarded 572 fellowships to 503 literary translators, with translations representing 79 languages and 88 countries. Visit arts.gov to browse bios and artist statements from all the 2023 recipients and past Literature Translation Fellows.

“In the United States, only two or three percent of books published annually are translations,” Villa-Ignacio said. “This is an untenable situation, because, as a global economic, political, and military superpower, our government's decisions, and our votes, which influence those decisions, affect not only those of us living here but everyone around the world. To make decisions responsibly, we need to be informed. What challenges are people facing around the world? What can their histories and experiences teach us? We are starving for perspectives that literature makes available in deeper ways than news stories or social media can. This year's NEA Translation Fellows are bringing works into English from Ukraine, Haiti, Lebanon, Bulgaria, and northeast India, among many more. I am excited for these translations to see the light of day and for them to inspire readers to make more personal and professional cross-cultural connections, and, of course, to produce more wonderful literary translations.”

About Kent State University
Kent State University is one of 91 public doctoral universities with high research activity, as categorized by the Carnegie Classification of Institutions of Higher Education. Kent State is the highest-ranking public university in Northern Ohio on the Top Public Schools and Best National Universities lists by U.S. News & World Report. With eight campuses spanning Northeast Ohio, a College of Podiatric Medicine, a Twinsburg Academic Center, and academic sites in major world cities, such as New York City, Geneva and Florence, Kent State is one of Ohio’s leading public universities and a major educational, economic, and cultural resource far beyond the Northeast Ohio region it has served since 1910.