The College of Arts and Sciences wishes to congratulate David Disabato, Ph.D., a postdoctoral fellow in the Department of Psychological Sciences at Kent State University, who recently landed a tenure-track faculty position at Baldwin Wallace University, near Cleveland!

After earning his Ph.D. at George Mason University in 2019, Disabato came to Kent State to work with Karin Coifman, Ph.D., professor in Kent State’s Department of Psychological Sciences, who had recently received a grant from the National Institute of Mental Health (NIMH) to study risk factors for emotional disorders such as depression and anxiety after potentially traumatic events such as a car crash.

“Dr. Coifman is a very accomplished and well-respected psychological scientist in the field, and I knew that at Kent State I would have the opportunity to be involved with the kind of innovative, federally-funded research I hoped to someday lead myself,” Disabato said. 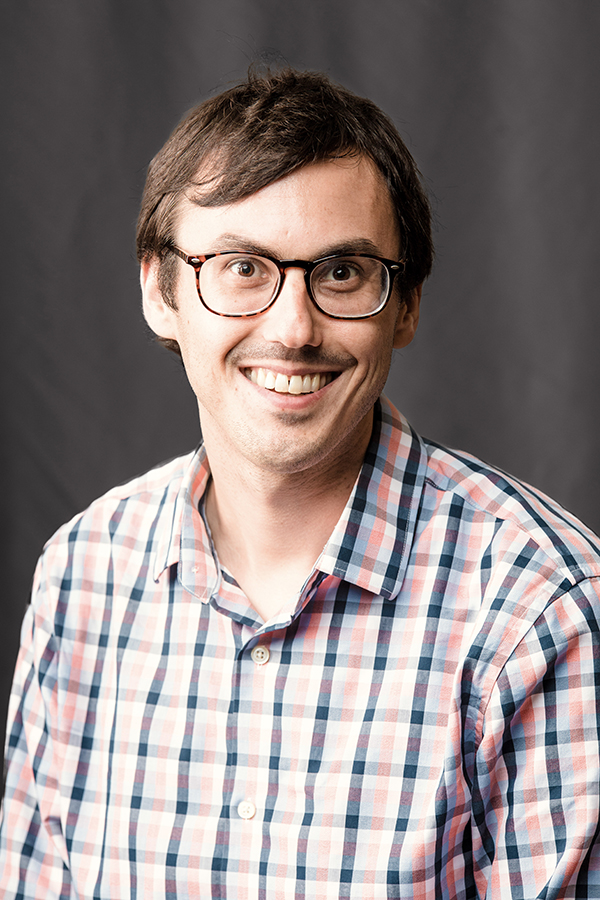 Disabato’s research is focused on understanding how individuals can maintain or increase psychological well-being. In particular, he is interested in the ways in which individuals with common psychiatric disorders, like depression which can have very significant negative life-long impacts, can maintain and even increase well-being over time.

“I was interested in expanding my research into the day-to-day behaviors people could do to develop these positive traits over time,” Disabato said. “Dr. Coifman has expertise in ecological momentary assessments (EMA) where participants report on their emotions and behaviors multiple times a day for several days in a row through various smartphone apps. While previous graduate students and post-docs of hers had primarily focused on negative emotions and risk behaviors, I wanted to focus on positive emotions and health behaviors. Dr. Coifman encouraged me to dive headfirst into this research area.”

“We were able to incorporate what we know about the beneficial functions of emotion, focusing in particular on positive emotions on health and well-being,” Coifman said. “In particular, we discovered together, the ways in which positive emotions motivate key behaviors that can drive psychological well-being and health. These activities are as far ranging as exercise and healthy eating to meditation and seeking social support from close friends.”

“People aren’t always aware that many health behaviors are just as good for mental health as they are for physical health,” Disabato said. “For example, daily aerobic exercise is just as effective at decreasing depression as anti-depressant medication.”

The researchers investigated this topic in a wide range of groups from firefighters to college students which confirmed its relevance to mental health from both a prevention and treatment development perspective.

In collaboration with Pallavi Aurora (one of Dr. Coifman’s graduate students who recently received her Ph.D.) they published two papers on self-care behaviors in daily life. In the first paper they explored which emotions predicted when people engaged in self-care behaviors. They found that more positive emotions, rather than less negative emotions, predicted self-care behaviors in daily life (https://link.springer.com/article/10.1007/s11031-021-09924-z). In addition, their use of the EMA research design allowed them to determine that the association only occurred within the same day.

“So positive emotions in the morning predicted self-care behaviors in the afternoon and evening, but we did not see this association from one day to the next,” Disabato said. “This highlighted the importance of people developing habits of self-care where behaviors are a part of daily routines.”

COVID-19 Paper on Self-care
The second paper was just accepted for publication in Health Psychology, and is currently in-press. They followed participants for 10 days at the beginning of the COVID-19 pandemic in April/May of 2020. This research was done in collaboration with two other psychology professors at Kent State University: Clarissa Thompson, Ph.D. and Jen Taber, Ph.D. They wanted to see whether self-care behaviors had the same mental health benefits during the beginning of the COVID-19 pandemic as they did before.

“We found that when participants engaged in self-care behaviors during the day, they tended to report more positive emotions and less negative emotions in the evening,” Disabato said. “Therefore, even during the stressful context of the COVID-19 pandemic, these behaviors were able to promote mental health. This supported recommendations by the CDC and Mayo Clinic to engage in self-care behaviors as a way to maintain psychological well-being.”

“I am thrilled about David’s next step as a faculty member at Baldwin Wallace,” Coifman said. “He has tremendous talent as both a researcher and an instructor, and I think he truly values and enjoys both. I feel very fortunate that he chose to come to my lab for his post-doctoral training and I am excited that he and I will be able to continue to easily collaborate in this next step.”

Kent State is ranked as an R1 research institution by the Carnegie Classification of Institutions of Higher Education, which is the highest recognition that doctoral universities can receive, affirming Kent State’s place as a top-tier research institution along with Yale, Harvard and the University of California-Berkeley.