Thomas V. Melillo, D.P.M., who served as chief executive officer of Kent State University’s College of Podiatric Medicine, died Oct. 22 after a battle with cancer. He was 68 years old. Melillo led one of the largest and most respected podiatric medical education institutions in the country and the only accredited podiatry school in Ohio since August 1984. The college was known as the Ohio College of Podiatric Medicine before becoming a part of Kent State in July 2012. 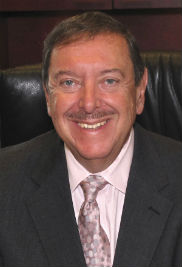 “Dr. Melillo played a key role in the Ohio College of Podiatric Medicine becoming a part of Kent State University, helping to create a positive opportunity for the college to provide the best education and training for podiatric medicine students,” says Todd Diacon, Kent State’s senior vice president for academic affairs and provost. “We mourn the loss of Dr. Melillo and share our thoughts and prayers with his family, friends, colleagues and members of the podiatry community.”

Under Melillo’s leadership, the podiatry school prospered, expanded, enhanced its reputation and became recognized as one of the national leaders in podiatric medicine education. He was responsible for developing three new and different clinic sites for the Cleveland Foot and Ankle Clinic, relocating the college to its impressive Georgian-style building in the Cleveland suburb of Independence, Ohio, building a modern, high-tech facility to provide the best training for its students and supervising the friendly acquisition of the Ohio College of Podiatric Medicine by Kent State. Melillo had been the longest-serving president of a podiatry college in the United States.

Board certified since 1975 by the American Board of Podiatric Surgery, Melillo wrote several publications during his career. He also served on numerous hospital and national committees, lending his expertise in the field of podiatric medicine.

Melillo is survived by his wife, Judith, five children and 13 grandchildren. In lieu of flowers, donations can be sent to the Kent State University Foundation at P.O. Box 5190, Kent, OH 44242-0001. The donations will be used to fund a scholarship in Melillo’s memory.

Melillo had planned on retiring in 2014, so a search for his permanent replacement already had been initiated. 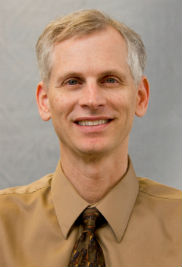 “It is with a heavy heart that I accept the position of interim dean of the Kent State University College of Podiatric Medicine,” Caldwell says. “Many knew Dr. Melillo as a great podiatric leader, but our relationship had become much closer over the years as I worked directly for him as the dean of clinics. Dr. Melillo was always the voice of reason. Regardless of the circumstances, he would always listen to the ideas of others and treat others with respect.

“My condolences to Judie and to his children,” Caldwell continues. “Judie and Tom had a special relationship that was truly remarkable. My wife and I were always moved by their genuine love for each other. I also had the honor of teaching some of his children, each with the same intelligence, passion for the podiatric profession and kind spirit portrayed by their father. I know that Tom is watching over us today, and I promise to continue to serve the College of Podiatric Medicine and our great profession of podiatric medicine as he so willfully did.”

Caldwell has been board certified by the American Board of Podiatric Orthopedics and Podiatric Primary Medicine since 1997. He has received numerous awards and honors, including being named Faculty Member of the Year twice by the Ohio College of Podiatric Medicine. Caldwell also serves as principal investigator or co-investigator on several research grants, including a grant from the National Institutes of Health involving the nonvisual foot examination for people with diabetes and visual impairment.

Kent State’s College of Podiatric Medicine is a four-year, graduate-level medical college, granting the degree of Doctor of Podiatric Medicine. Founded in 1916, the college has graduated more than 6,000 podiatrists who have made outstanding contributions to the field and study of podiatric medicine. The college’s mission is to educate students to be highly competent doctors of podiatric medicine who will excel in residency training.