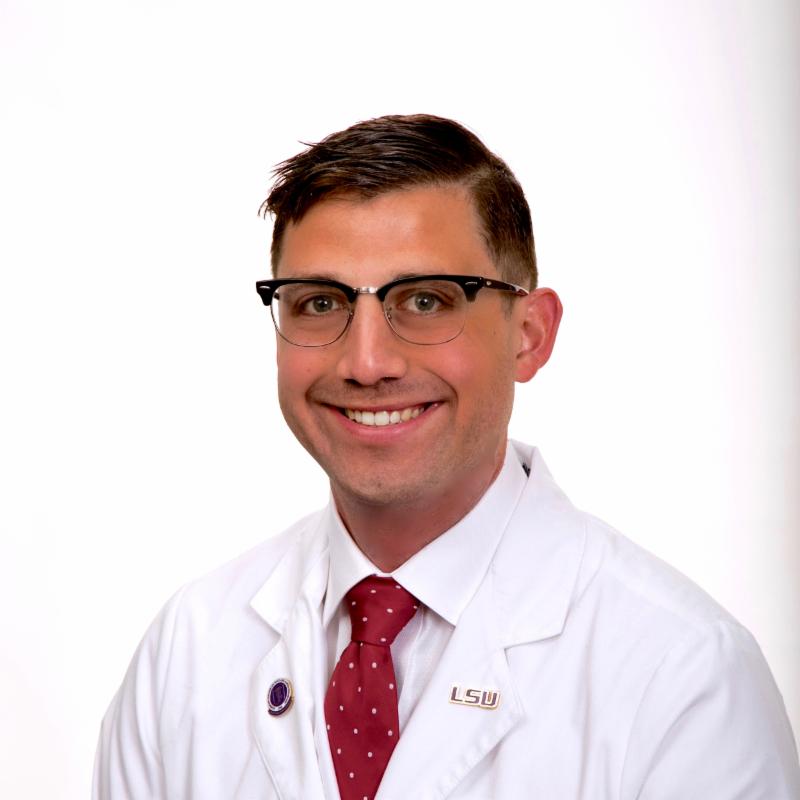 Craig Verdin, a resident of Houma, Louisiana, is Class of 2019 podiatric medical student at Kent State University College of Podiatric Medicine (KSUCPM). Verdin began his educational journey to Podiatry with a Bachelor in Kinesiology from Louisiana State University (LSU) in Baton Rouge. Following undergrad, he went on to complete two summer research internships at the University of Utah’s School of Medicine, which is where he discovered his passion for academic medicine.

In his first year at the University of Utah, Verdin was involved in influenza vaccine and immunization policy research; His second year was spent studying the cultural impact on scar perception in surgical patients. Two years later, Craig is now an advocate of podiatric advancement through academic research. Verdin has authored several conference manuscripts with 3 PubMed indexed publications, in addition to being the first podiatric medical student to appear in The New England Journal of Medicine (NEJM) with a citation in Dr. David Armstrong’s “Diabetic Foot Ulcers and Their Recurrence.” Now a 3rd year student at KSUCPM, Verdin is actively involved in several research projects with mentors Drs. James Connors and Nilin Rao.

Verdin was awarded the 2017 American Podiatric Medical Student Association (APMSA) Research Grant for a project titled, “K-Wire Guided Antibiotic Delivery System: A Novel Prophylaxis for the Prevention of Pin Site Infections in External Fixation of the Lower Extremity” and the Ohio College of Podiatric Medicine (OCPM) Foundation Research Grant for another study titled, “Measuring the Cortisol Driven Response to External Fixation and its Potential Implications on Patient Outcomes: A Preliminary Study.” While Verdin has developed an interest for podiatric research as a whole, he is particularly interested in research that involves Charcot Neuroarthropathy (CN).

CN is a neuroarthropathic condition of the foot that develops secondary to severe neuropathy and disproportionately impacts diabetics. According to the literature, CN can be found in 0.1-16% in diabetics who have peripheral neuropathy. While this condition can occur anywhere in the body, it is commonly found in the foot and ankle likely due to combination of contributing factors such as weight bearing, ligament laxity, and other factors. This debilitating condition is characterized by changes in bone and joint architecture that leads to eventual joint subluxation, which places patients at risk for adverse outcomes such as amputation and ulceration. It has been proposed that patients with acute CN demonstrate an exaggerated inflammatory response, leading to further up regulation and concentration of RANKL (Receptor Antagonist Nuclear Kappa Ligand) and eventual bony destruction.

Unfortunately, not much is known about the extent of RANKL’s role in the pathogenesis of CN, however, Verdin, with lead author, Dr. Connors, and fellow co-author, Dr. Nilin Rao, recently co-authored a manuscript titled, “Charcot Pathogenesis: A Study of In Vivo Gene Expression” that was recently accepted for publication by The Journal of Foot and Ankle Surgery (JFAS) in an effort to provide insight into CN pathogenesis. In this prospective study, we were able to determine that the long implicated biomarker for bone breakdown in CN, RANKL, may be falsely elevated in CN patients largely because of the presence of coexisting comorbidities that may otherwise elevate RANKL expression and create some level of physiological “overshadowing.” These findings further reinforce the need for more specific and sensitive means of detecting CN in its earliest phases.

Currently, Verdin, Connors, and Rao are conducting research at the Louis Stokes Cleveland Veteran Administration (VA) and seek to better understand CN pathogenesis and impact the current standard of care by providing evidence that may allow podiatric physicians to maximize outcomes.