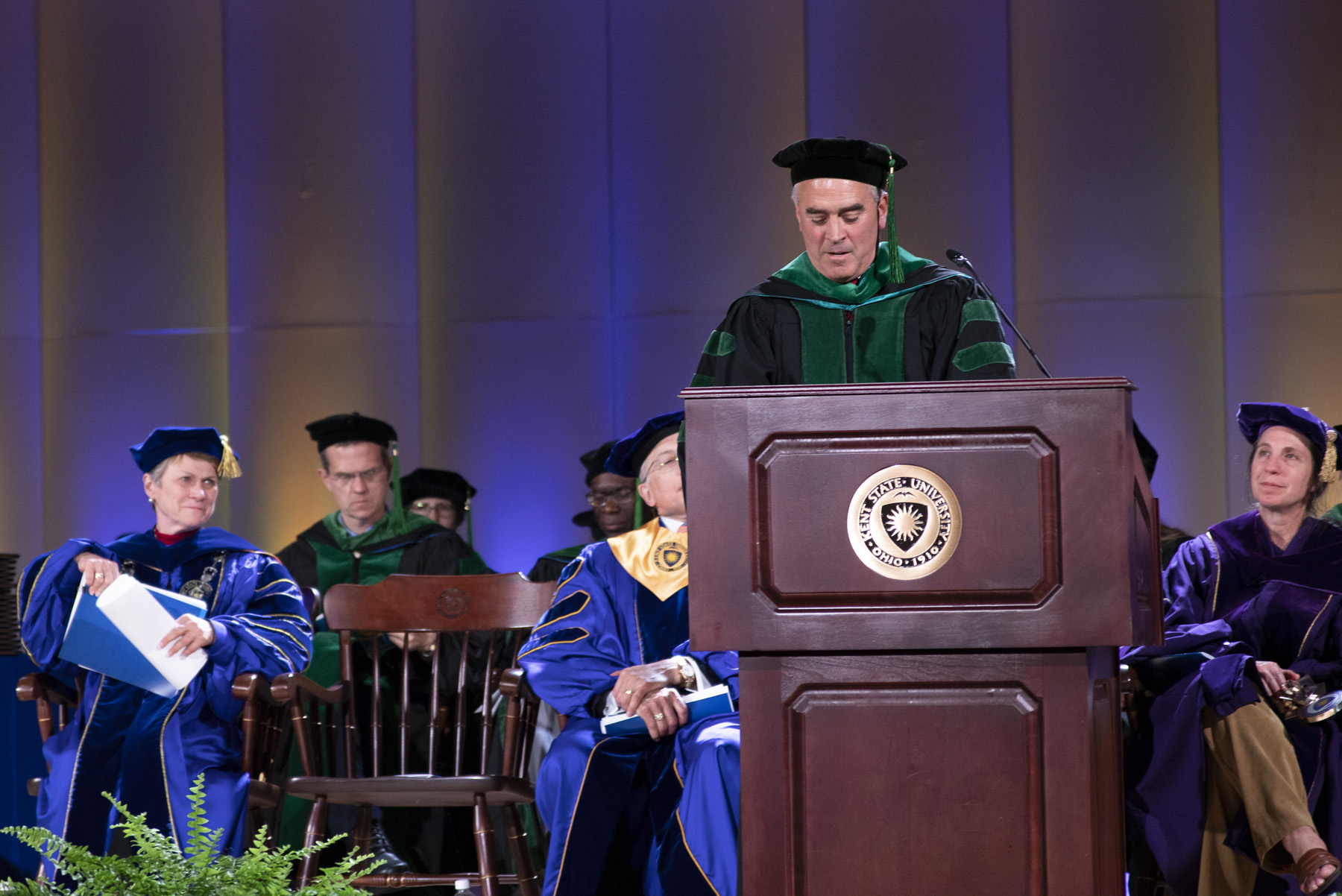 On Saturday, May 12th, Kent State University College of Podiatric Medicine gathered at Cartwright Hall at the University’s Kent Campus to see off another class of podiatrists, ready to take the Podiatric Physician’s Oath and dedicate themselves in service to the health of humanity. This year’s 105-strong class of 2018 is one to remember.  It represents 34 states across America and three nations, boasting an incredible residency placement rate of 99% of students that are eligible/seeking. With their demonstrated allegiance and fervor for their newly acquired expertise, KSUCPM and its Dean, Dr. Allan Boike, can be confident knowing that this class will go on to better their profession and respective communities. This class will in particular will forever hold a special place in Dr. Boike’s career, as it was just a month prior to the start of their first year classes that he entered his new position as Dean of KSUCPM.

This year, KSUCPM proudly welcomed Dr. Brad Wenstrup, Congressman from Ohio’s 2nd District and Colonel in the United States Army Reserve, to deliver the commencement that will release the Class of 2018 to their futures. Dr. Wenstrup was elected in 2012 to represent the people of Ohio’s Second Congressional District in the United States House of Representatives. He brings his experience as a doctor of podiatric medicine, as well as an Army Reserve officer, Iraq War veteran, and small business owner to help Congress tackle the economic and security challenges facing the nation.

A Cincinnati native, Dr. Wenstrup graduated from the University of Cincinnati in 1980. He earned his degree as a podiatric surgeon and later established his private practice in Cincinnati, where he treated patients for the last 26 years. Dr. Wenstrup has served in the U.S. Army Reserve since 1998, currently holding the rank of Colonel. In 2005-06, he served on a tour of Iraq as a combat surgeon, and was awarded a Bronze Star and Combat Action Badge for his service. Wenstrup continues to fulfill his Reserve duties and podiatric training by treating patients at Walter Reed National Military Medical Center in Bethesda.

If you have been keeping up with recent events, you’ll know that Dr. Wenstrup seems to be adding a new title to his name: Hero. Twice in just over a six-month 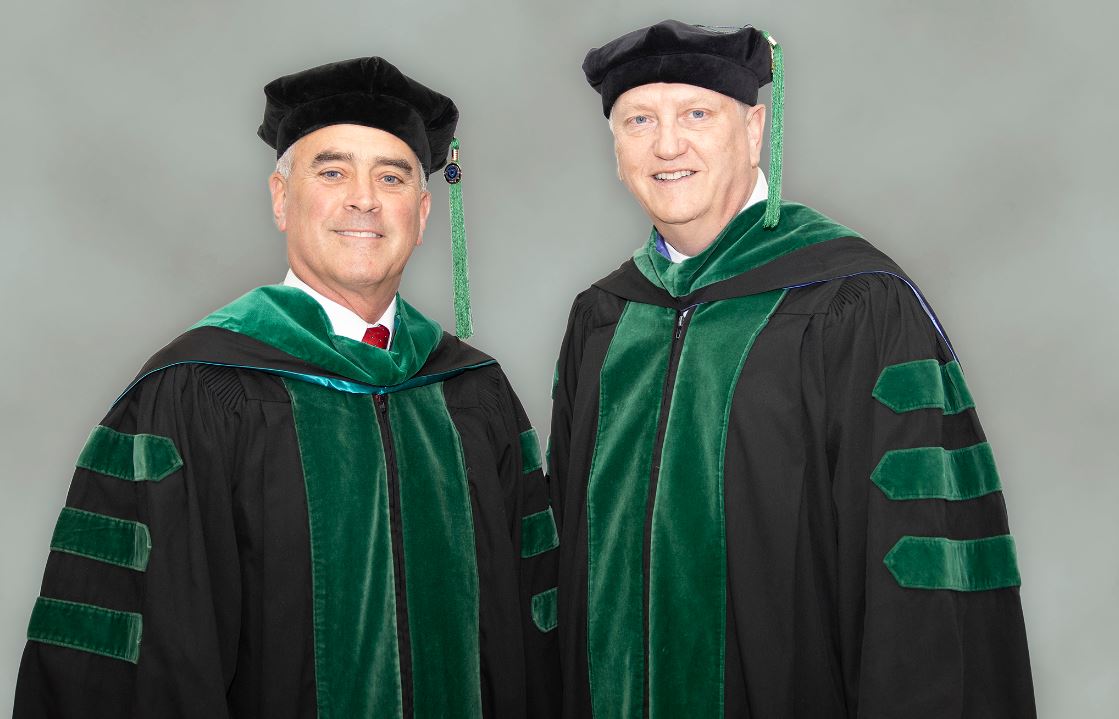 stretch, Wenstrup has found himself part of an unforeseeable emergency and, without hesitation, jumped in to help. The first incident occurred in June of 2017 when a gunman opened fire during practice for the GOP congressional baseball team. When the shooting began, Dr. Wenstrup immediately jumped into action, minimizing blood loss of one victim, House Majority Whip Steve Scalise. Scalise has since miraculously returned to his position in Congress, after being declared at an “imminent risk of death”. Earlier this year, his life-saving training was needed again when an Amtrak train delivering Wenstrup and fellow GOP members to a retreat, crashing into a truck in Virginia in late January. Without hesitation, Wenstrup, flanked by several other doctors on board, fled out of the train to assist the injured. “I guess you’ve got something in front of you and you hope you can do something to help. You just go ahead and help. That’s all I was really thinking about at the time,” Wenstrup said. Spoken like a true foot and ankle surgeon.