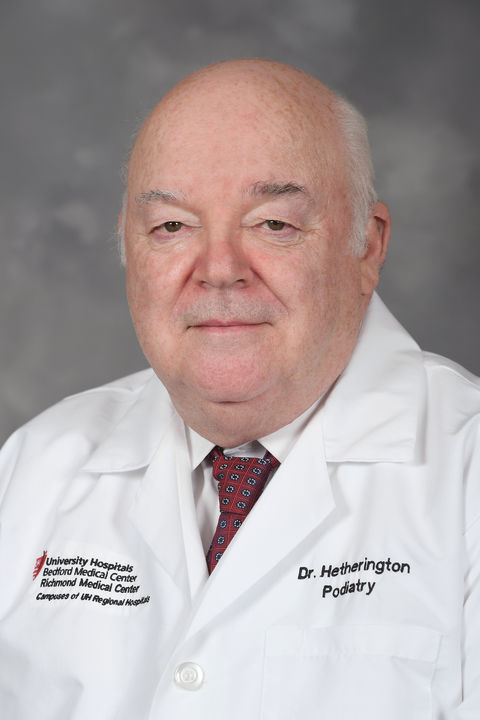 Effective January 2021, Vincent Hetherington has assumed a new title that will allow CPM to benefit from his continuing identification with the College he has served so long and so well: Emeritus Faculty.

Emeriti faculty members are appointed by the President and are regarded as valued contributors of the University community. As such, they are entitled to represent the University at various ceremonial and social functions, serve on University committees as advisors without vote, and are granted privileged access to University libraries, campus facilities and special event tickets. In his new role, Hetherington looks forward to continuing his support of CPM students, academic programs, alumni outreach initiatives, student research project development, as well as bridging international opportunities.

Dr. Hetherington's tenure at CPM began in 1989 as a Professor and Chairman in the Department of Surgery, shortly after the Dean of Academic Affairs, and ultimately, Senior Associate Dean when the Ohio College of Podiatric Medicine was acquired by Kent State University in 2012, a transition in which Dr. Hetherington was a driving force. He has served as residency director for the KSUCPM University Hospital Residency Program, and has been the leader through decades of the College’s accreditation programming.  His “students first” service over three decades has led to amazing progress, change and passion for thousands of CPM graduates.

In effort to leave the profession even stronger, Dr. Hetherington has served on many national and international committees, led various research initiatives, has edited and contributed chapters to three textbooks and played a key role in the writing and editing of over eighty other publications. He also has been played a key role in developing opportunities for students and colleagues to earn international experience through the Foot & Ankle Renaissance CME program, as well as student rotations, both in Italy.